It's been recently reported that Mackay Airport has recorded the highest increase in passenger numbers for any Queensland airport outside Brisbane, in the latest data released by the Bureau of Infrastructure, Transport and Regional Economics. 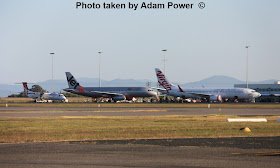 The results for Mackay showed an additional 99,534 passengers passed through the airport in the year from July 2011 to June 2012, compared to the previous year.

This growth has prompted the local Daily Mercury newspaper to spearhead a campaign to have Tiger Airways resume flights to Mackay Airport from Melbourne (Tullamarine).

Tiger Airways cancelled its Airbus A320-operated Mackay services some 18 months ago, and since then, cheap flights to the southern capital cities have become nothing more than a dream.  But Mackay residents have the opportunity to turn that dream into a reality with just the click of a mouse. 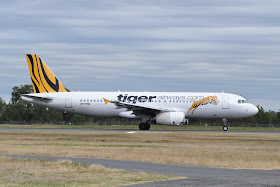 Tiger Airways is once again expanding, and is asking its customers where they would like the company to fly to next.  The campaign has been snapped up by Mackay Tourism, Mackay Airport and the Daily Mercury, who are all encouraging locals to log on to Tiger Airways' website and lodge their vote for a Mackay-Melbourne service.
Damian F at 6:32 AM
Share