On Friday 23 September, a pair of Royal Australian Air Force (RAAF) Boeing C-17A Globemaster III transport aircraft were both spotted at Rockhampton Airport as they completed airwork and missed approaches.

A41-211 as "Stallion 64" flew North from RAAF Base Amberley, in part at low level, up to Rocky.  It then completed two low missed approaches at Rockhampton Airport and then departed back to Amberley at flight levels and via another missed approach at the Sunshine Coast. 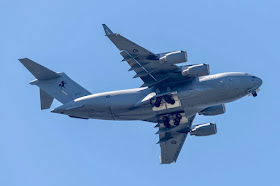 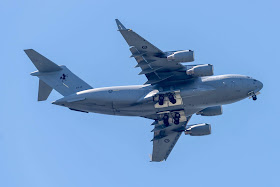 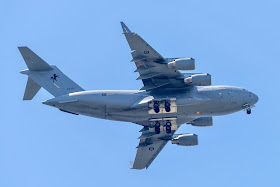 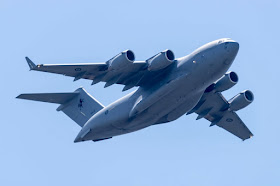 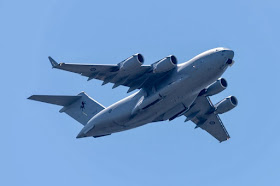 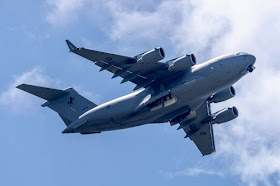 While A41-213 as "Stallion 65" also departed Amberley but firstly headed off the South-East Queensland coast to operate with RAAF Airbus A330-203 / KC-30A Multi Role Tanker Transport (MRTT) A39-005 "Dragon 42".  It then flew up from there to Rockhampton Airport where it completed a missed approach before then heading back to Amberley. 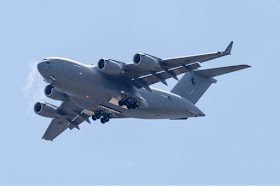 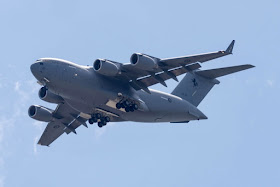 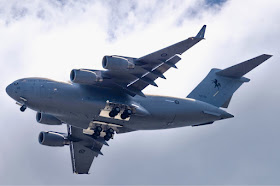 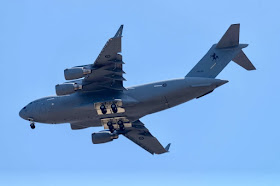 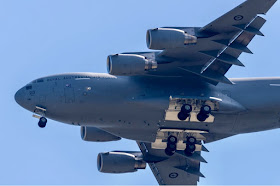 Sincere thanks to local plane spotter Scott H for taking the time to capture and send through these great photos from Rockhampton Airport!
All photos taken by Scott Harris  ©
Damian F at 8:21 PM
Share