Certainly a busy week around Mackay and Whitsundays for bizjet spotters - and celebrity spotters!!

At Mackay Airport, Townsville plane spotter Dave was on hand to capture the arrival and departure of Victorian-based Cessna 650 Citation VII bizjet VH-ING on Wednesday 5 February. 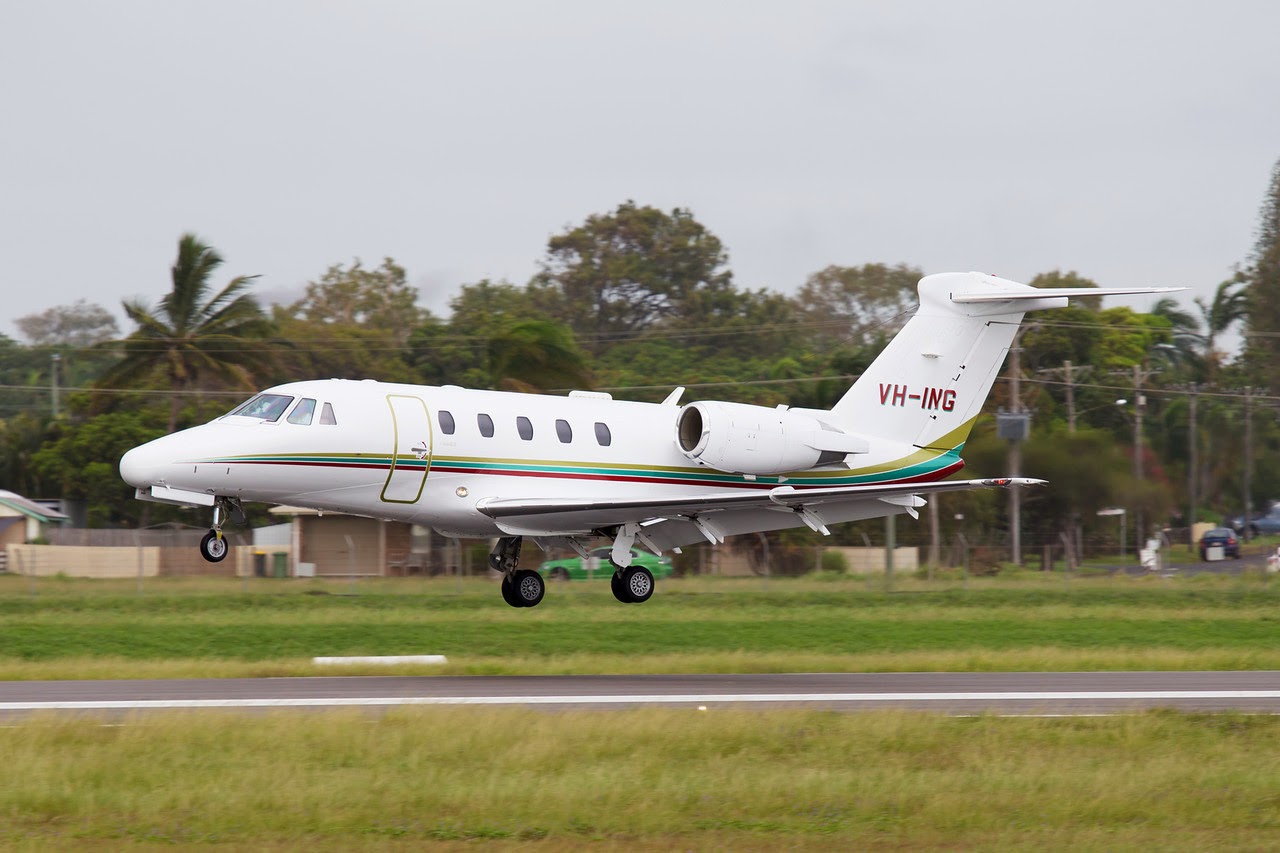 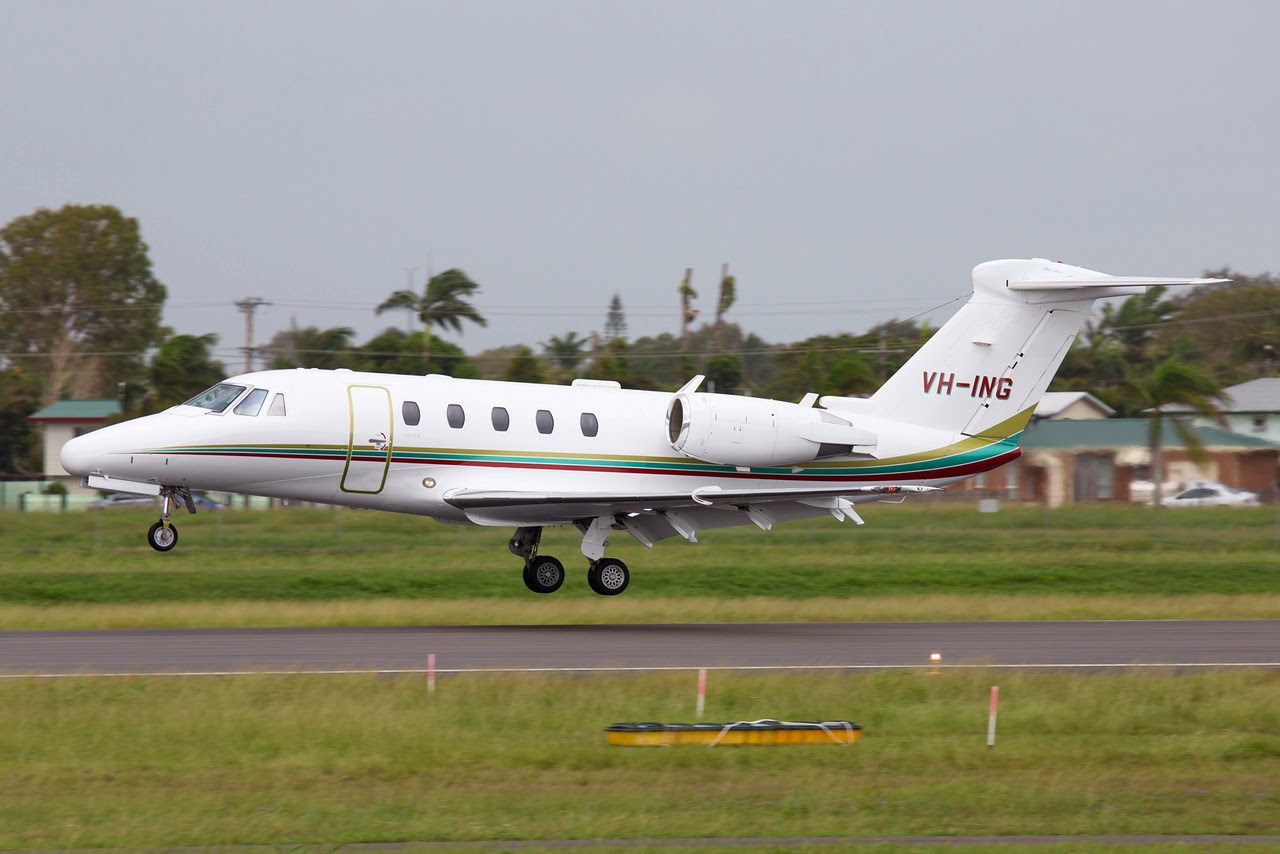 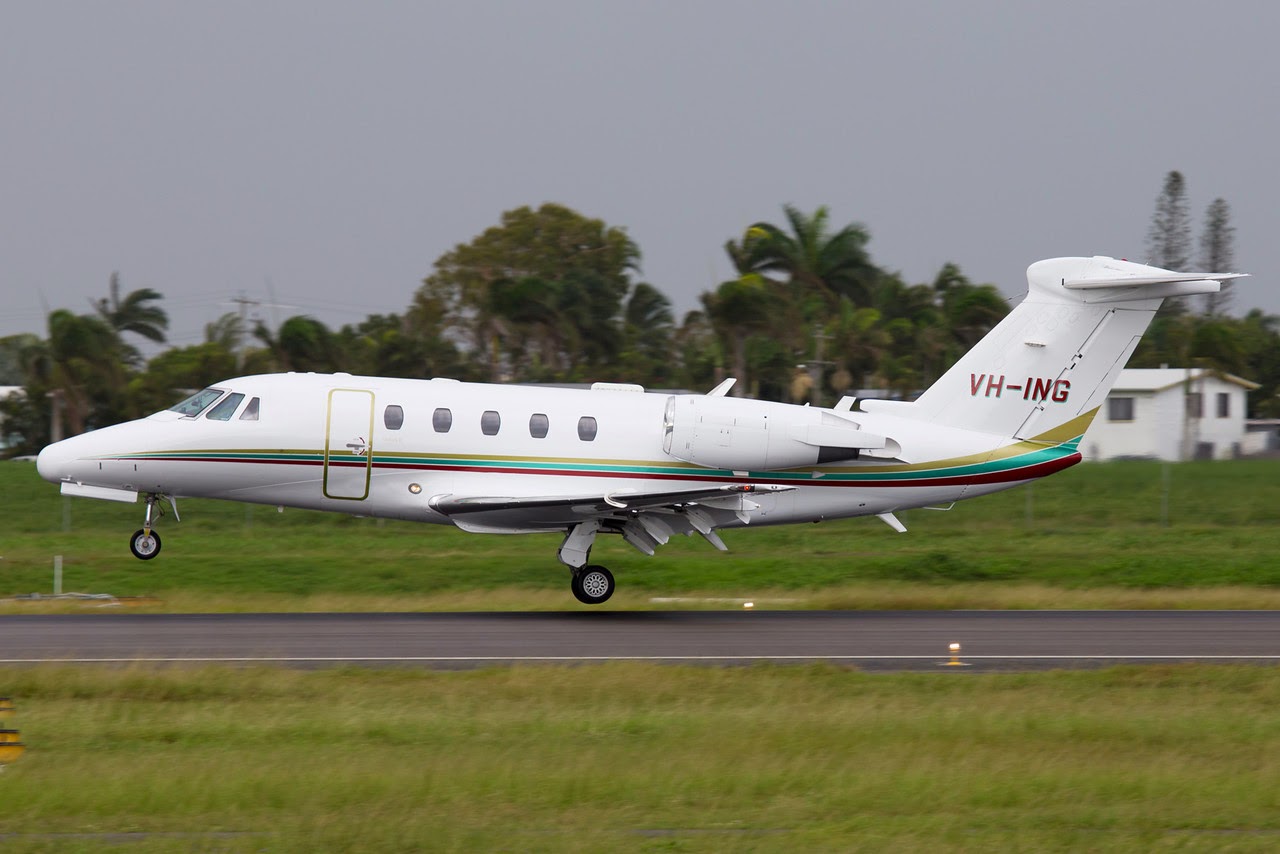 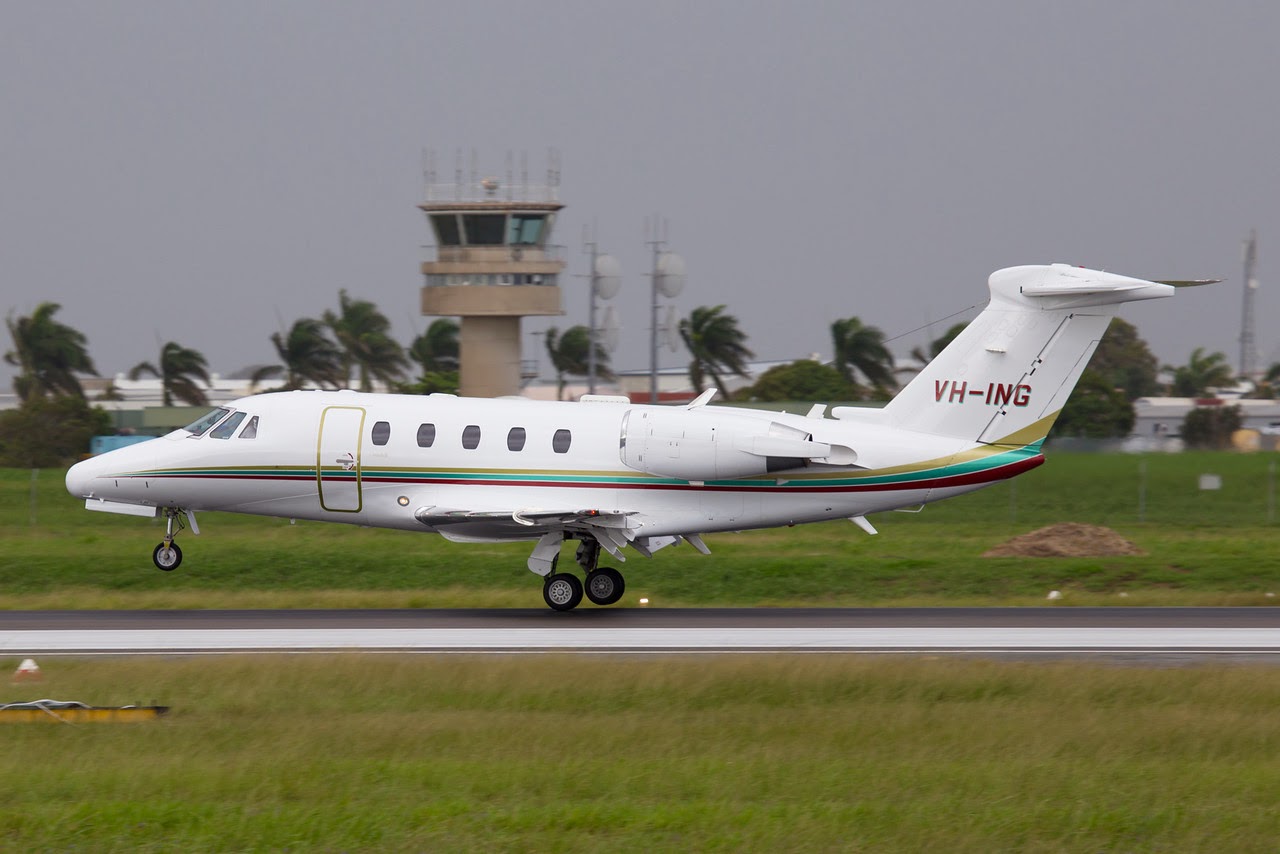 It arrived from Melbourne (Essendon) Airport and later departed back there. 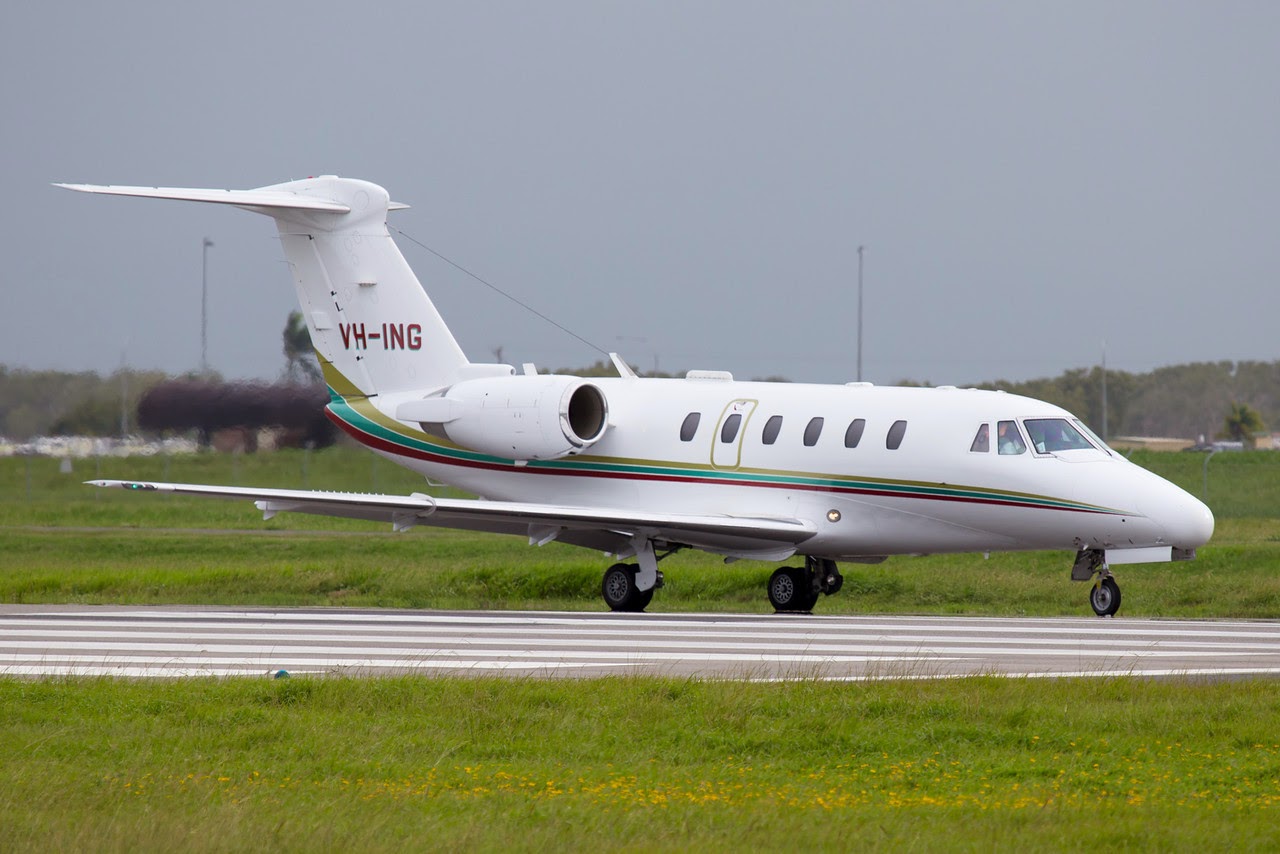 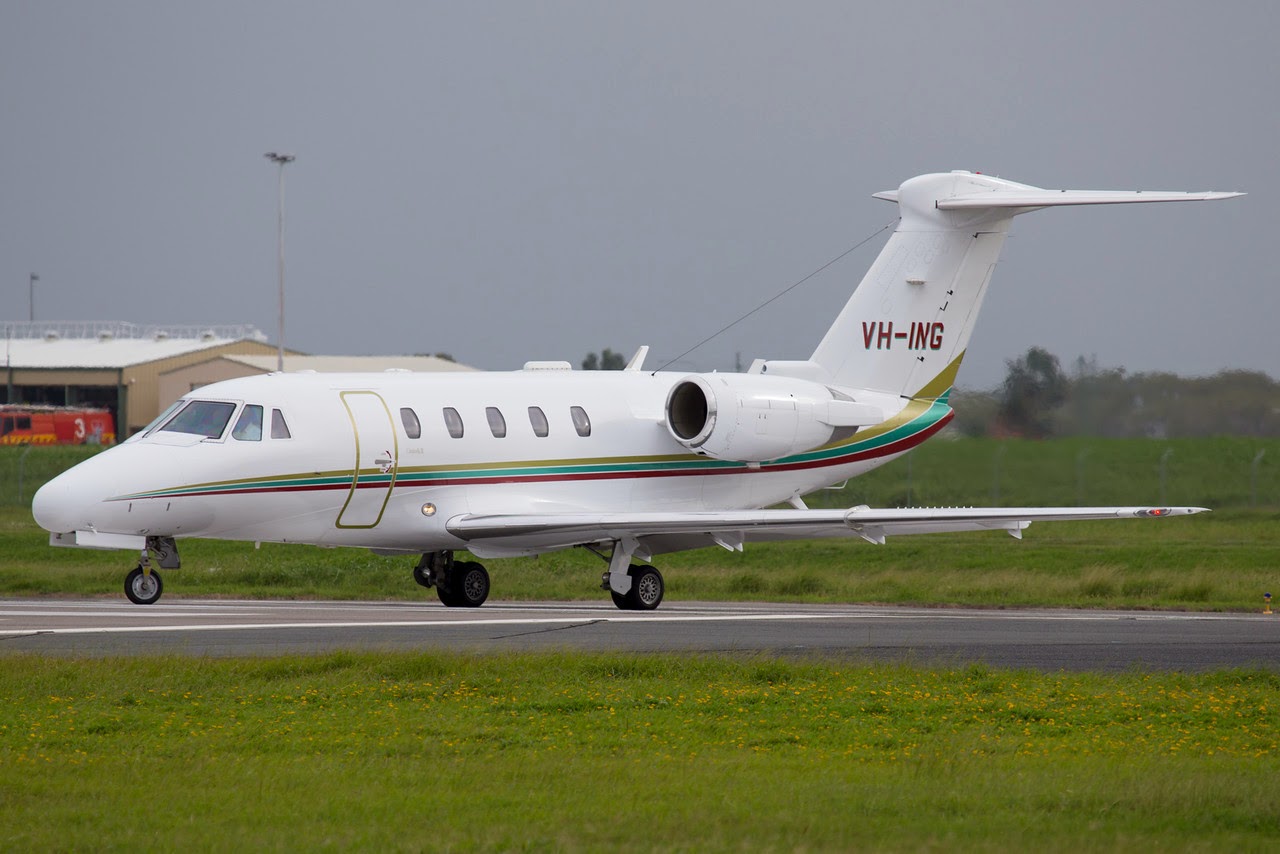 Then Cessna 680 Citation Sovereign bizjet N680VP popped in to Mackay from the Sunshine Coast on Thursday 6 February.

Finally, locally-based Raytheon 390 Premier 1 N7088S ventured down to Brisbane on Monday 3 February and returned.  It also flew to Brisbane on Friday 7 February.

But perhaps the most spectacular movements - both aircraft and celebrity - have been at the Proserpine / Whitsunday Coast Airport.  On Sunday 2 February, Business Aviation Solutions Cessna 750 Citation X VH-RCA touched down at Proserpine from the Gold Coast carrying none other than American movie couple Brad Pitt and Angelina Jolie.


They were spotted later at Airlie Beach enjoying the spectacular Whitsundays.

VH-RCA departed Proserpine for the Gold Coast on Wednesday 5 February.

And with the cyclone threat over the Whitsundays late last week and last weekend, the Queensland Government Raytheon Hawker 850XP bizjet VH-SGY called into Proserpine last Friday 31 January, arriving from Townsville and departing to Brisbane.

Finally, Balmoral Air Dassault Falcon 2000EX bizjet F-GZLX visited Hamilton Island for the day on Monday 3 February.  It arrived from and later departed back to Bankstown.

Certainly some great aircraft movements - and certainly some photos from our loyal group of contributors!  Thanks Dave and Jamie for sending through these images!