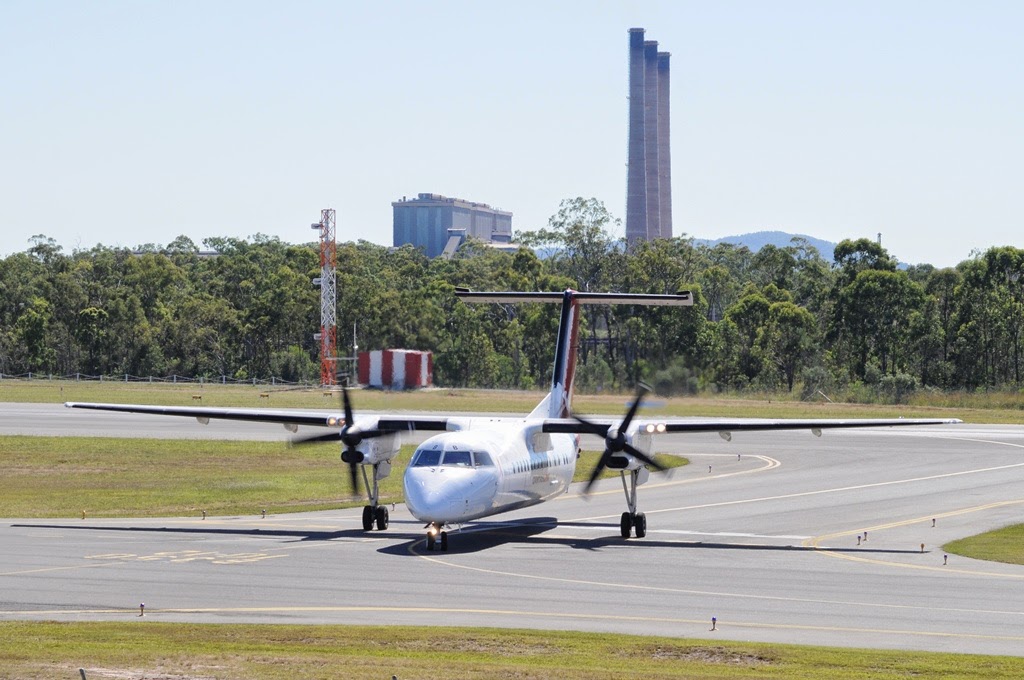 Gladstone is a rapidly growing industrial city on the Central Queensland coast. The airport caters primarily for business and leisure travellers and freight activities associated with the region's developed and emerging industrial complexes. The Airport is located on Aerodrome Road, approximately 5km from the city centre and is well catered for by taxi and charter bus services. 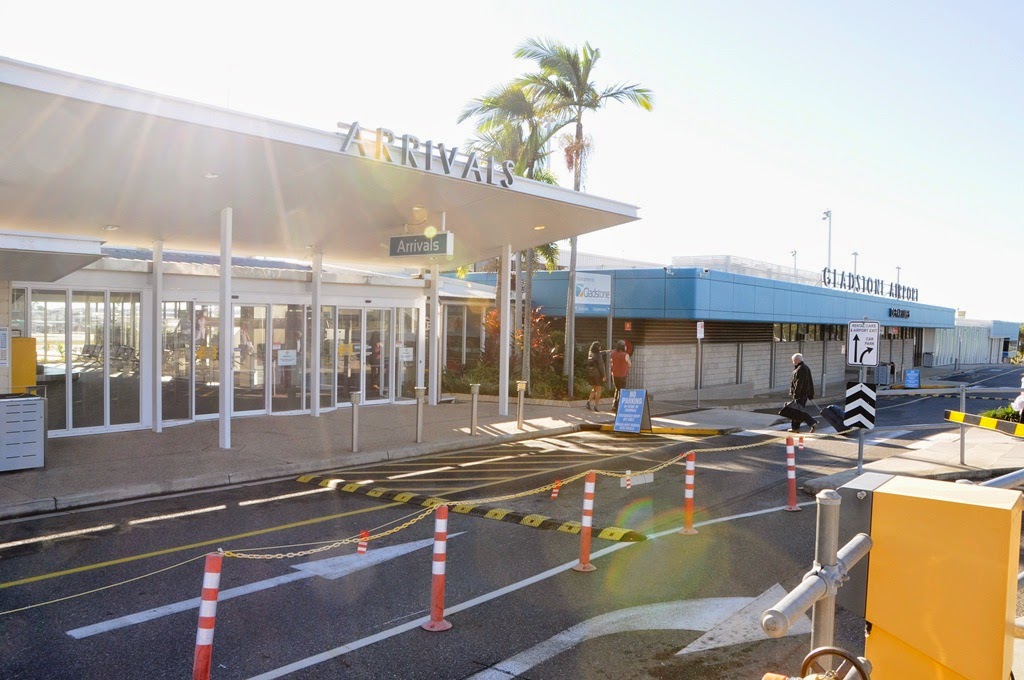 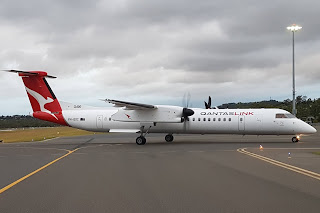 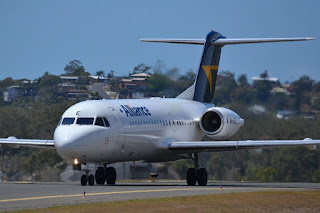 There is the occasional Virgin Australia Boeing B737 jet service to Gladstone Airport when loads dictate.

All scheduled flights operating at Gladstone Airport are currently from and to Brisbane. 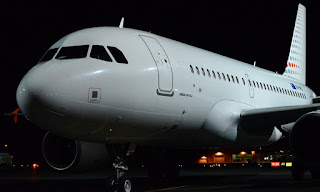 The main Gladstone Airport terminal is on the Southern side of the Airport itself and underwent major expansion in 2011, along with some associated runway and taxiway works.  The Airport terminal was extensively overhauled with a new departure lounge and seating added, as well as the introduction of passenger security screening facilities.  A 'Coffee Club' restaurant has also opened in this section beyond the security check-point. 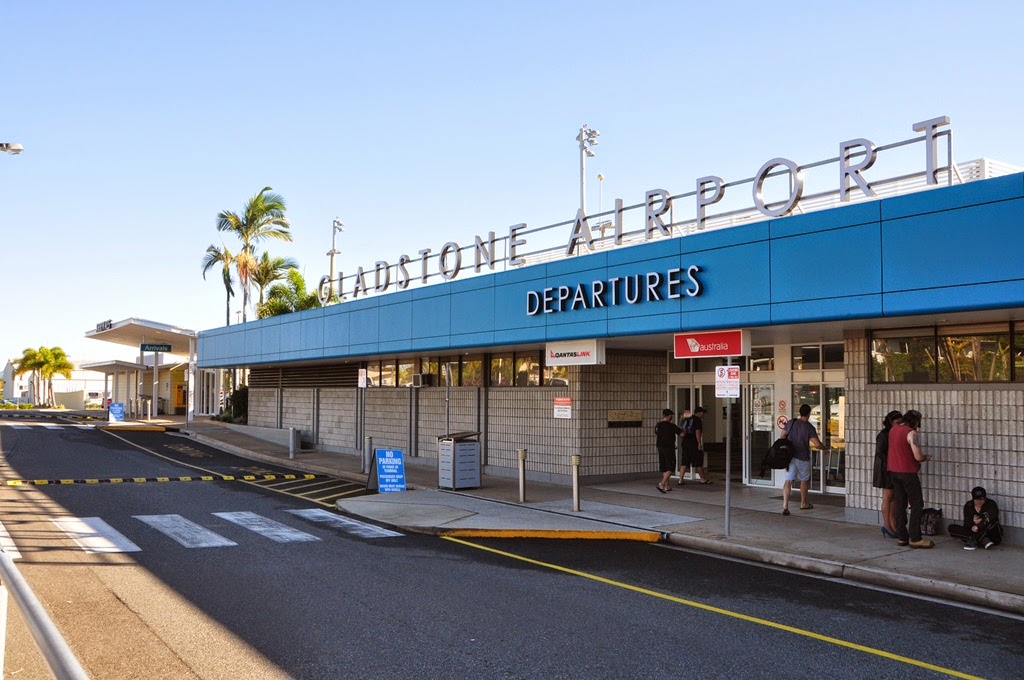 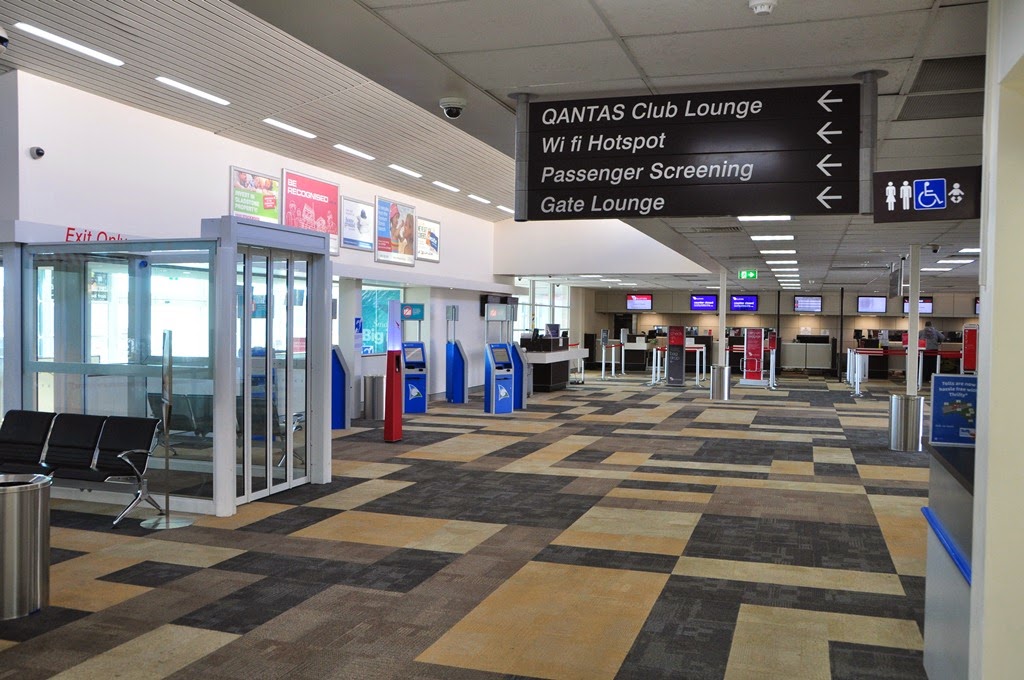 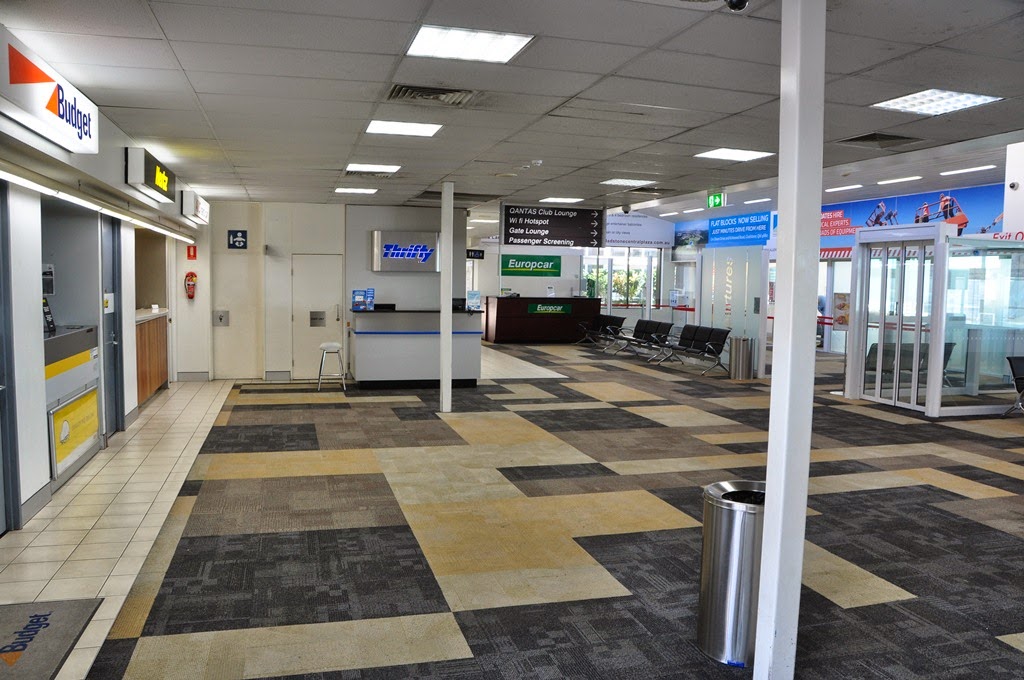 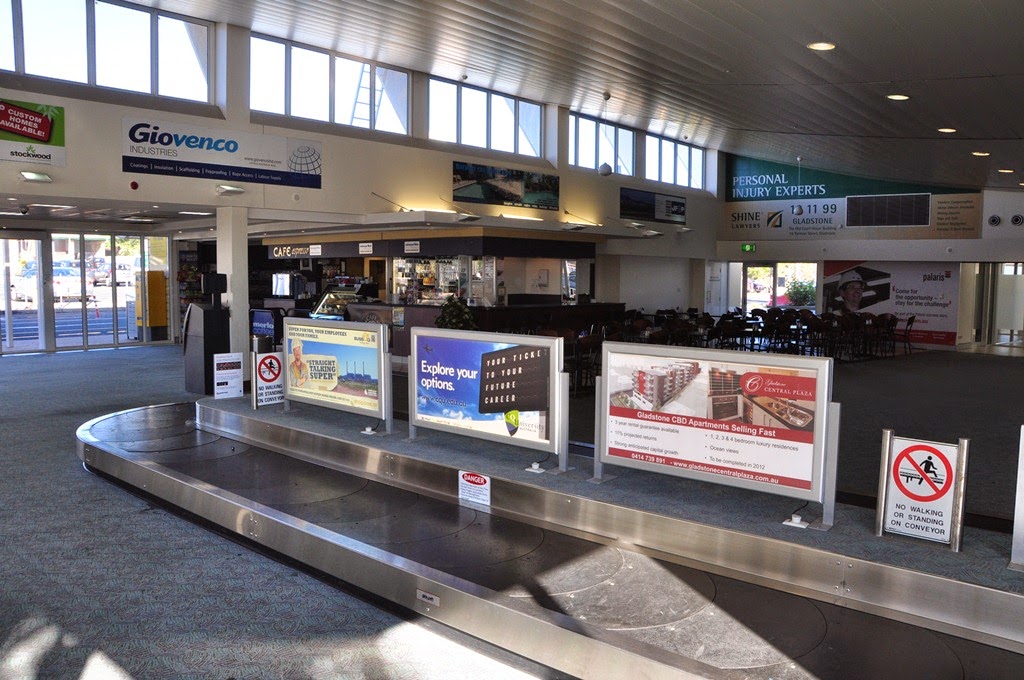 The Gladstone Airport Terminal is also effectively in two sections with the upper section featuring the check-in counters, car rental service desks, some general seating including a kiosk/bar, as well as the baggage collection carousel.

There are good views from the terminal over the entire Airport parking apron, and further to the main Runway 10/28 - although these are through glass. 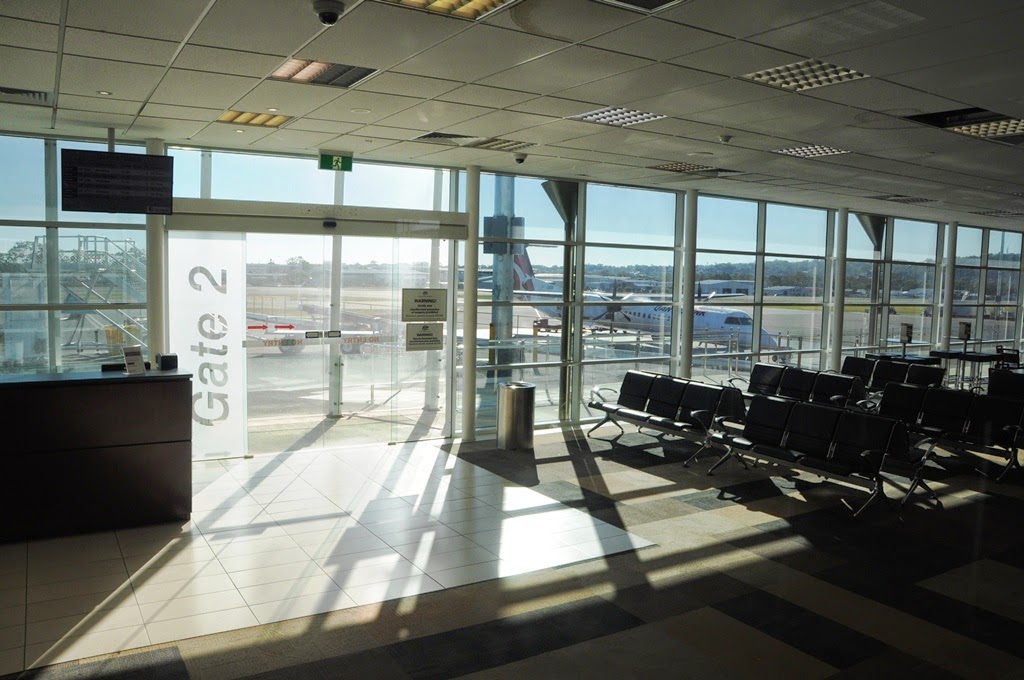 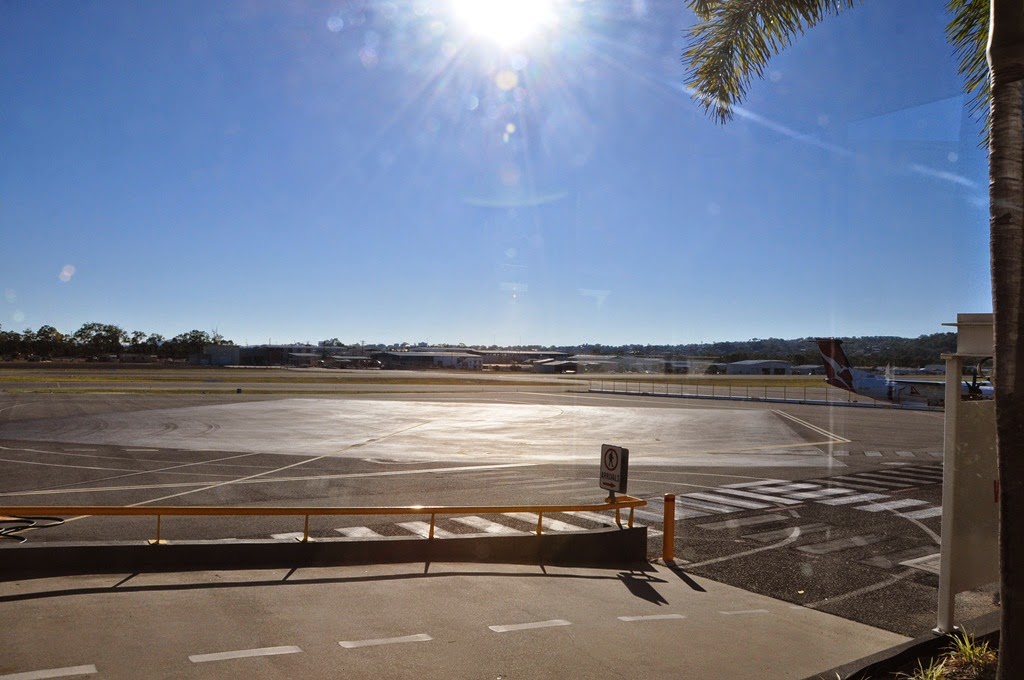 Outside the terminal and to the East, the Long-term parking lot has great views over this end of the Airport parking apron.  Local plane spotters have been known to frequent this area to capture some great photos - particularly during the morning - but also capture some atmospheric night photos of visiting aircraft staying overnight. 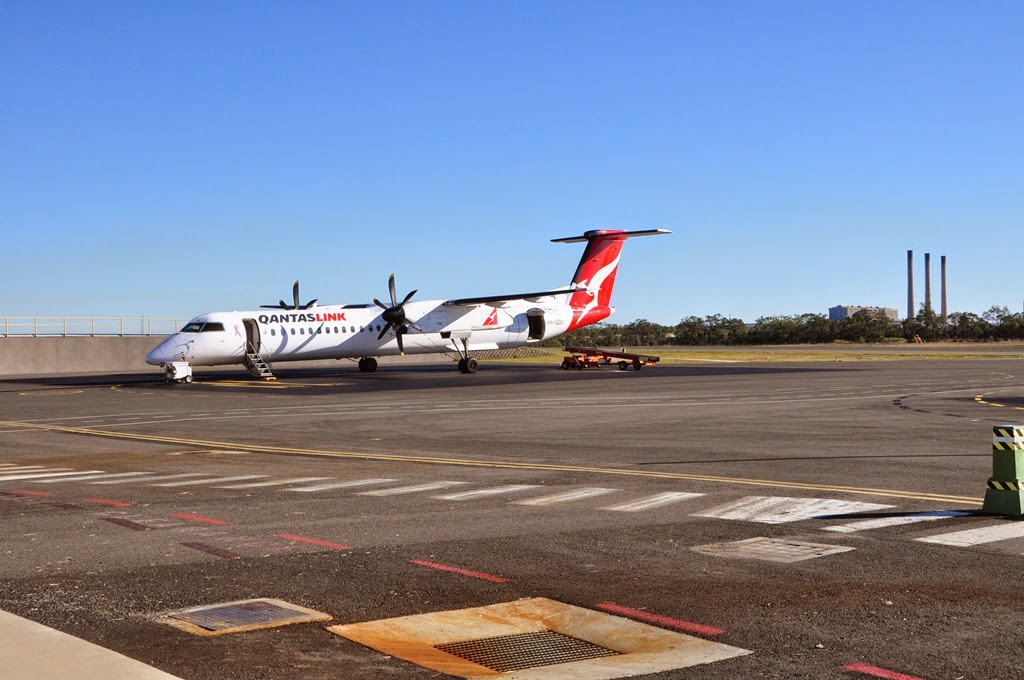 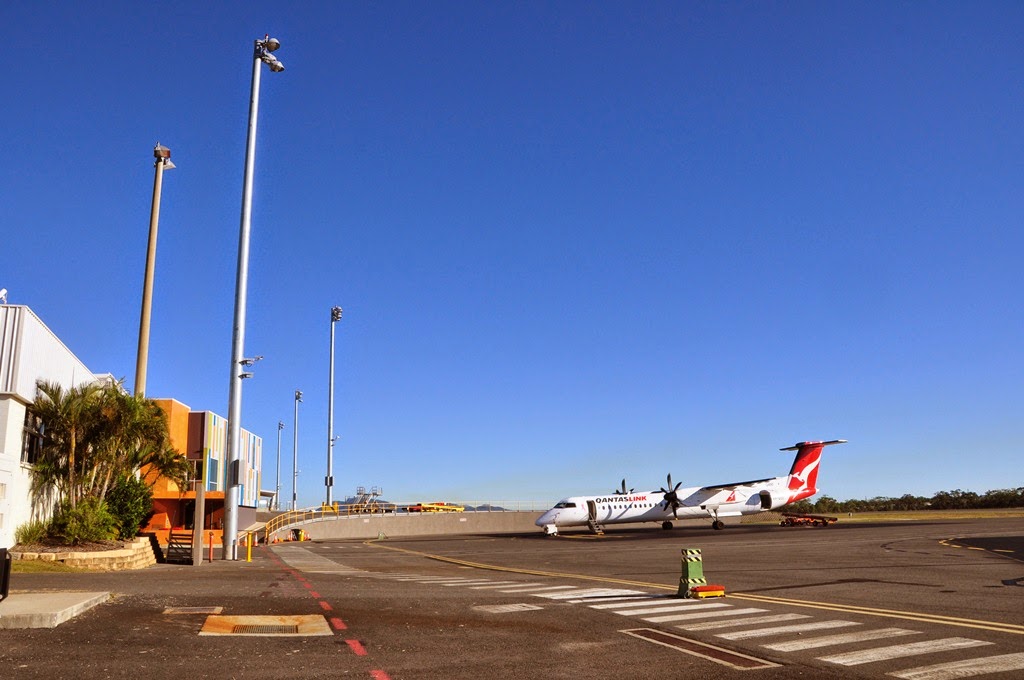 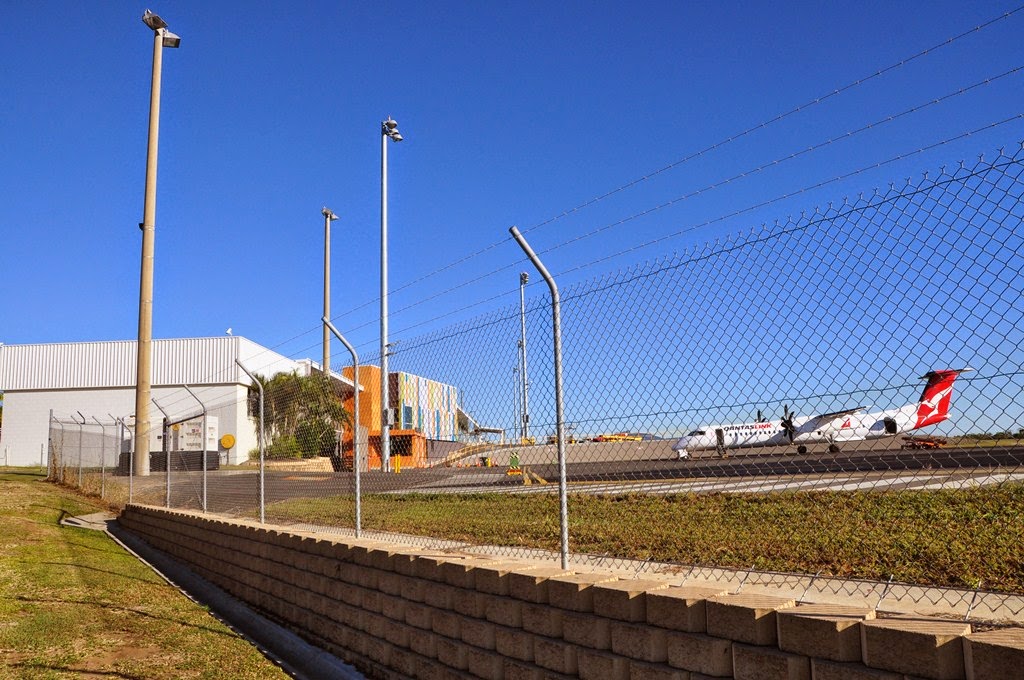 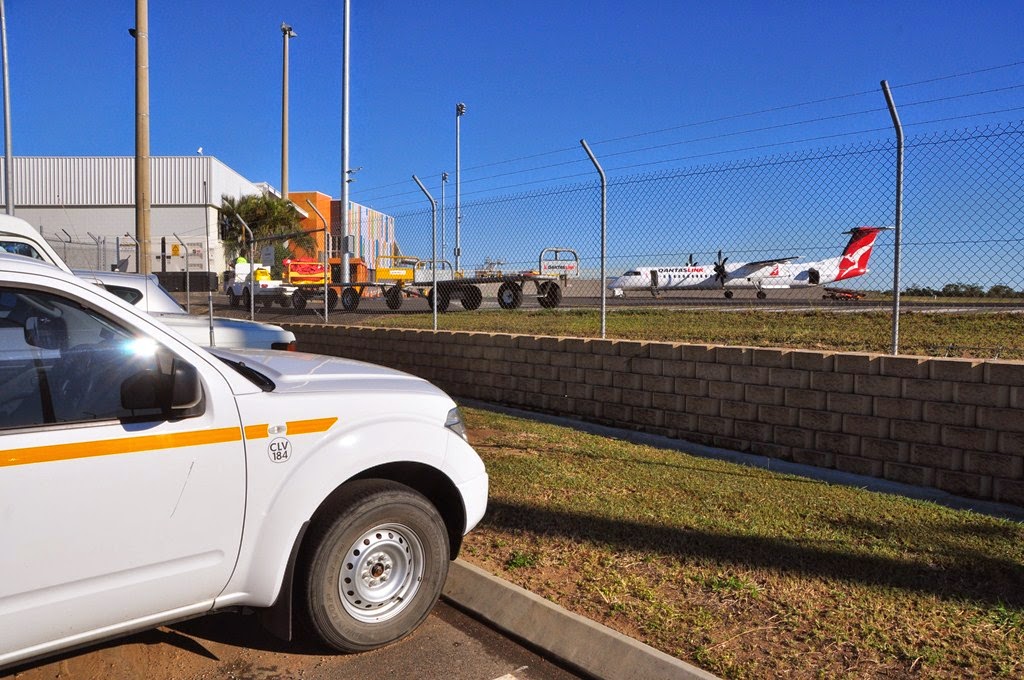 Venturing back past the terminal and continuing further West, spotters will head towards the General Aviation (GA) Area featuring the recently opened Royal Flying Doctor Service (RFDS) crew rest area and hangar.  There are great views through the fence over the often very busy GA Apron containing local aircraft along with numerous visiting aircraft calling in to the industrial city. 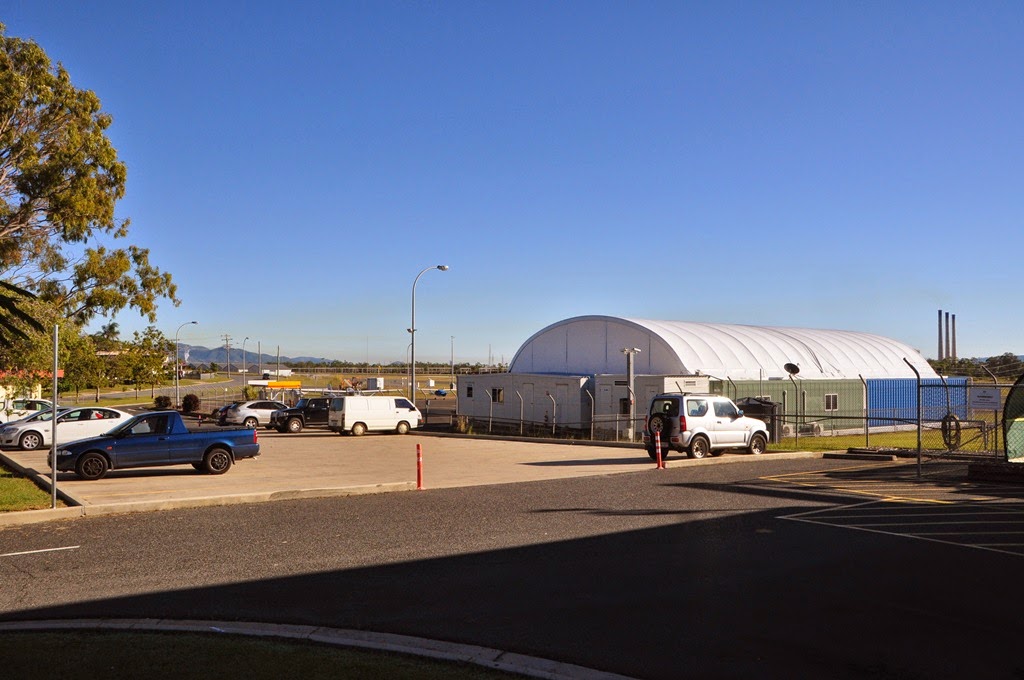 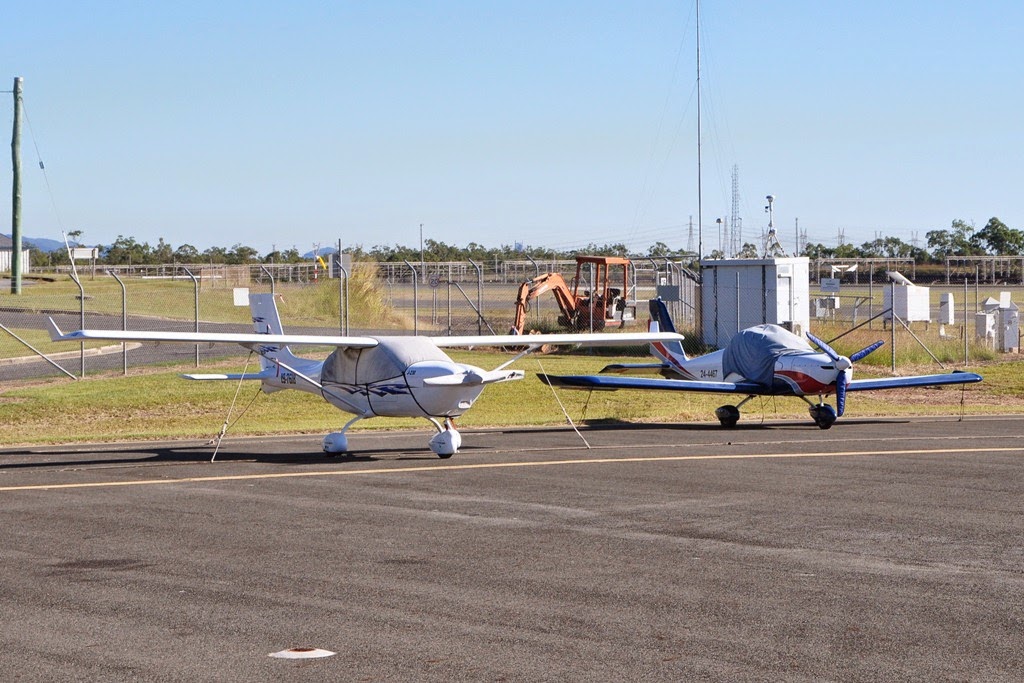 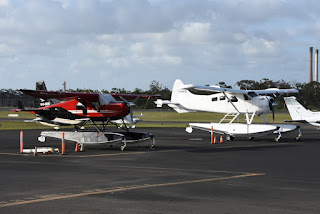 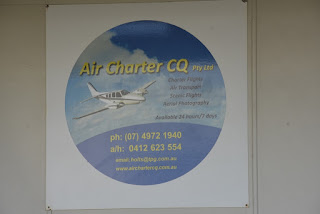 Continuing further West, starting to get away from the main Airport area, Aerodrome Road winds its way up a hill, past some locally owned aircraft hangars, and the raised aspect of this part overlooking Gladstone Airport allows spotters to capture some great images of aircraft on the close Taxiway and further to the Runway. 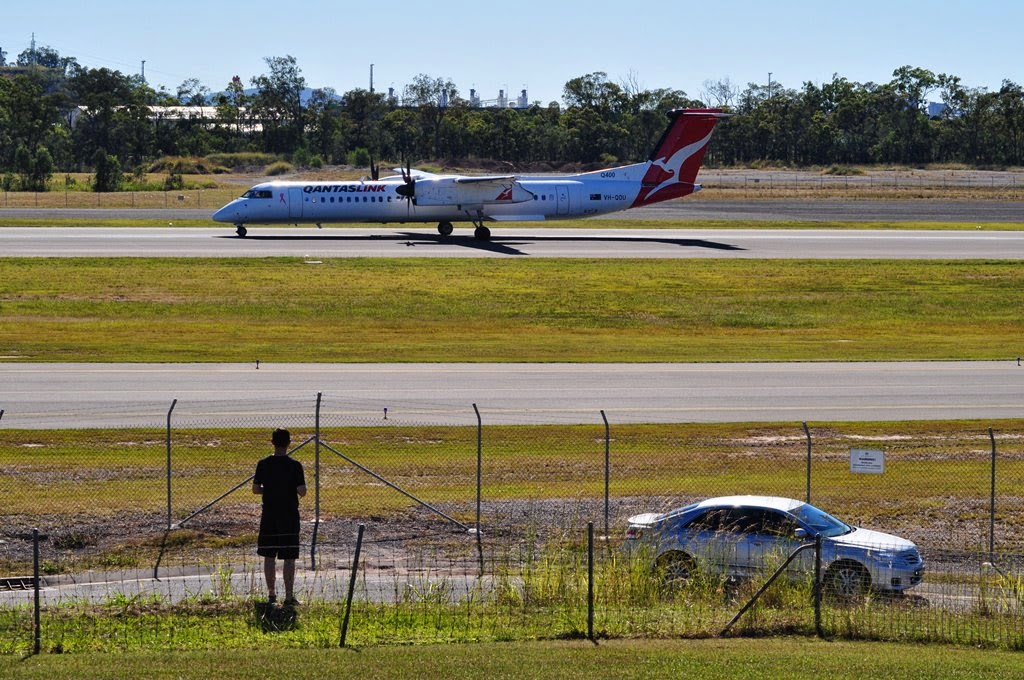 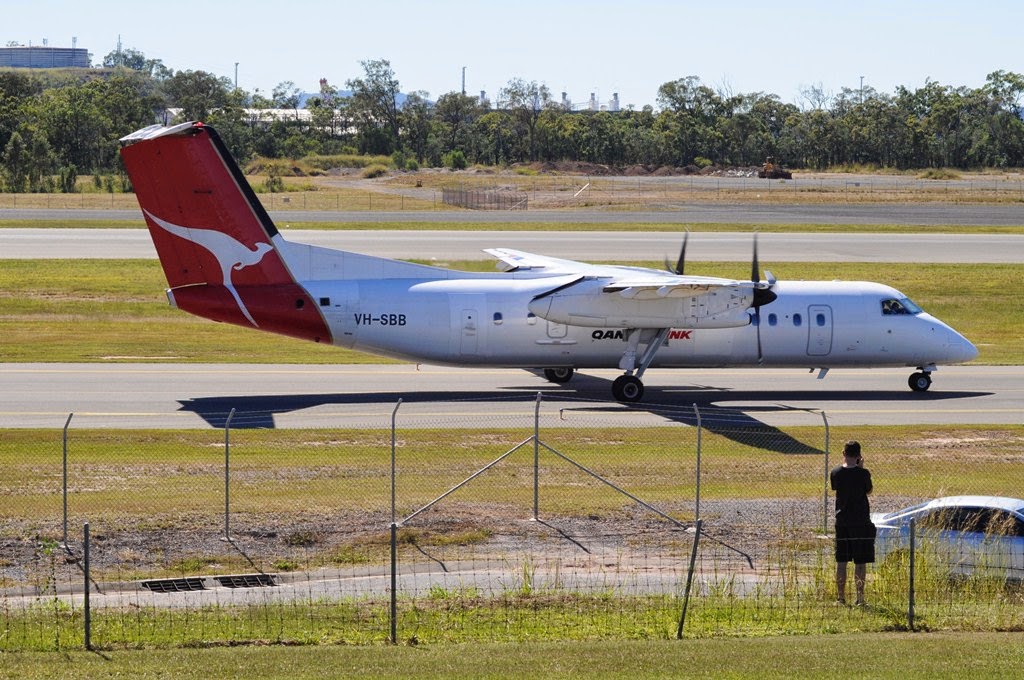 Relatively unobstructed views over the Airport parking apron can also be had in this area. 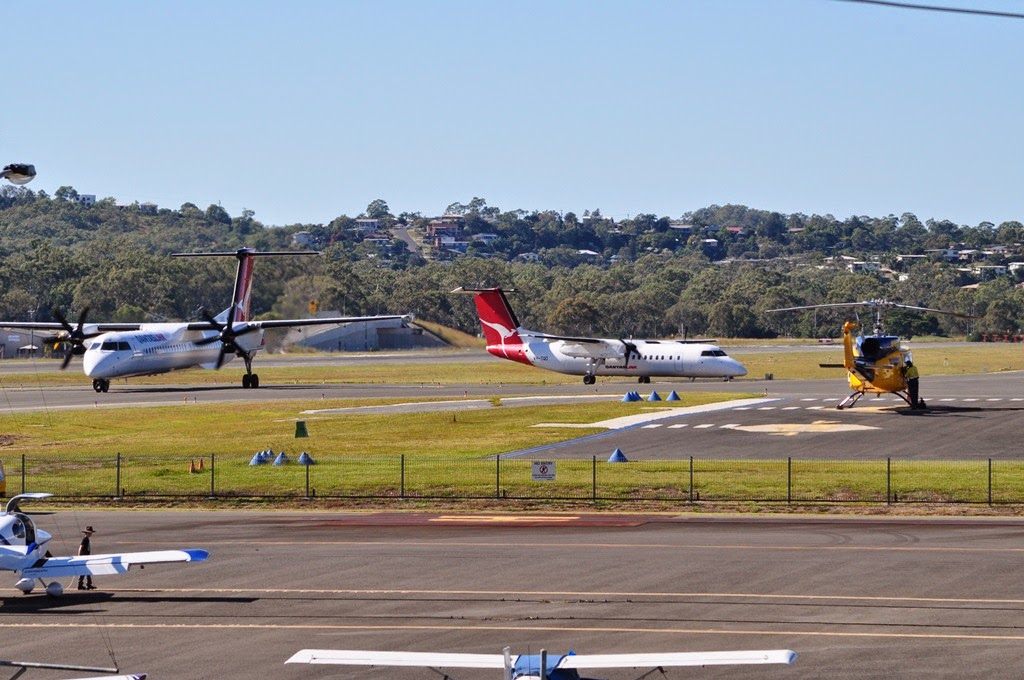 Other General Aviation operations take place on the Northern side of Gladstone Airport - along Callemondah Drive - where Heli-Aust Whitsundays (Gladstone Helicopters) completes several flights each day on marine pilot transfers to Gladstone Harbour.


Local aircraft maintenance provider, Aerotor, also has its facilities on this side of the Airport.  There are usually helicopters parked on the nearby aprons, along with various light aircraft which are often parked on nearby parking aprons. 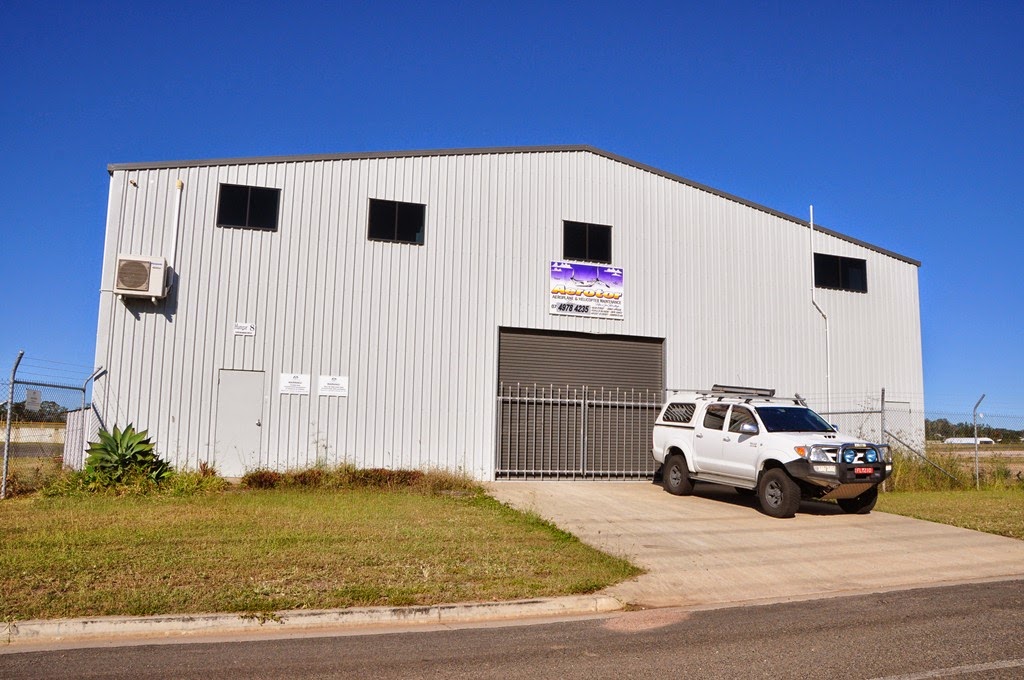 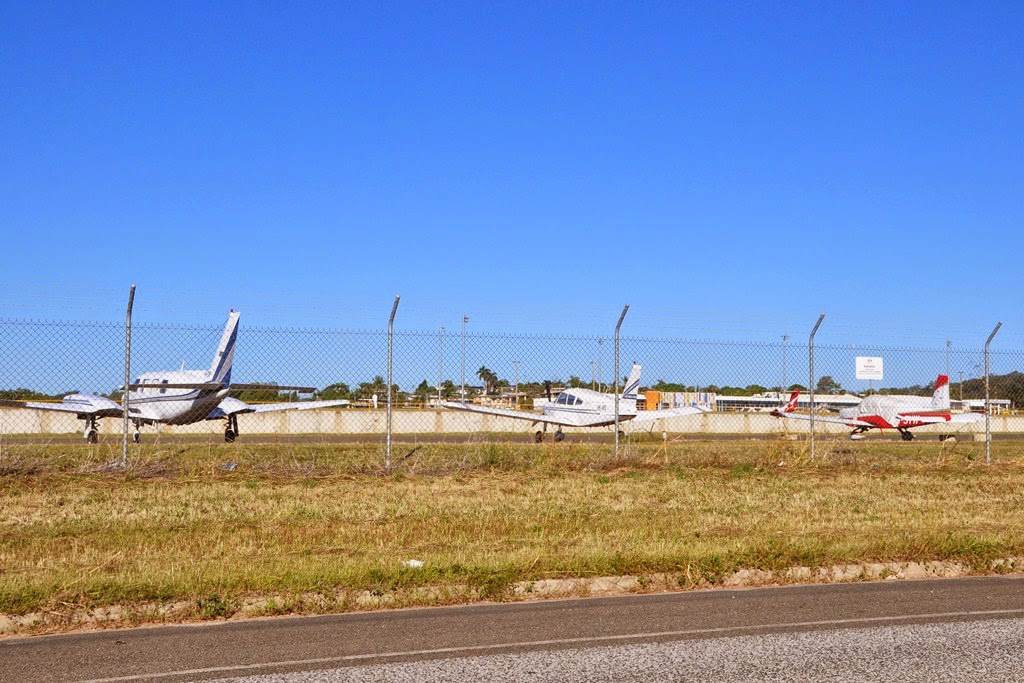 Plane spotting and photography is possible on this Northern side of Gladstone Airport, with the morning being the best time around this side for photos as the sun will largely behind you. 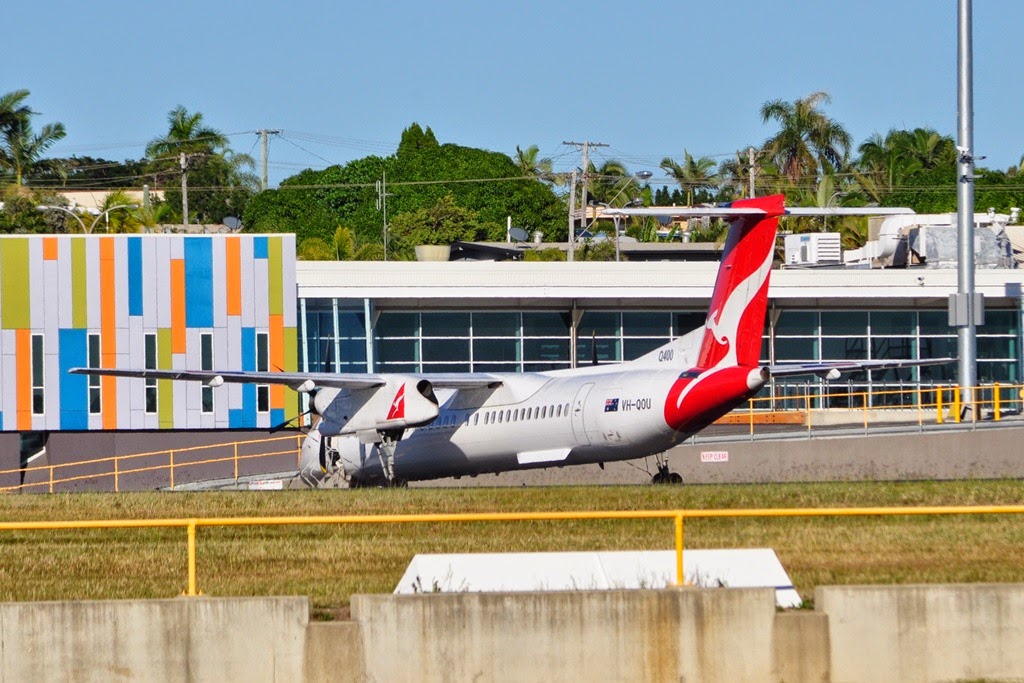 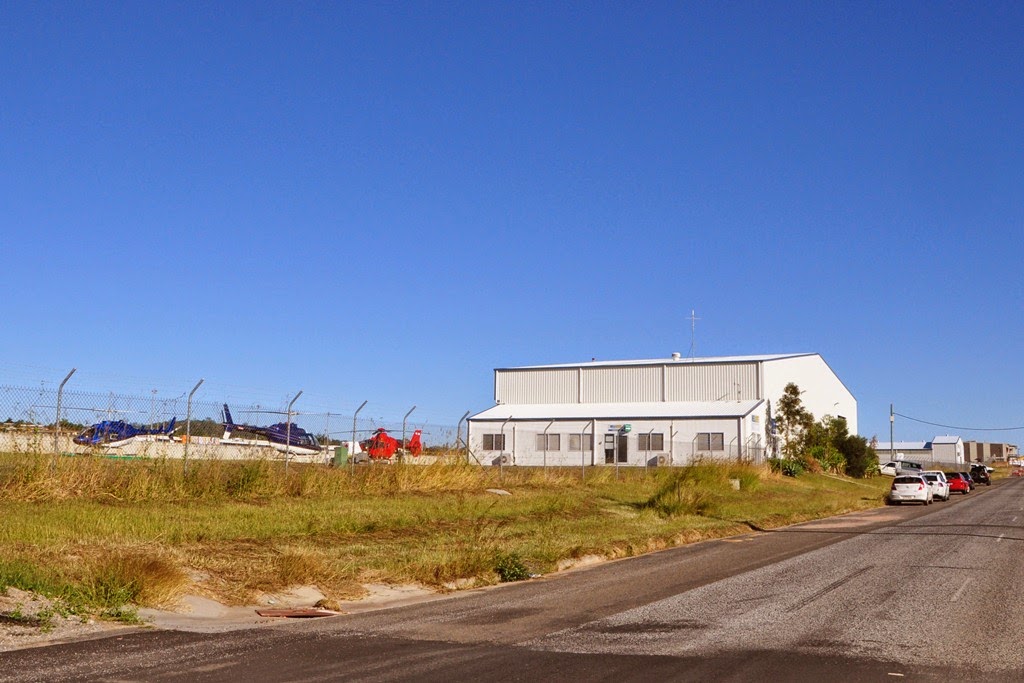 For a full view of Gladstone Airport and its main Runway 10/28, you can stand on the side of the Dawson Highway and nearby streets, although parking on these roads is limited or prohibited. 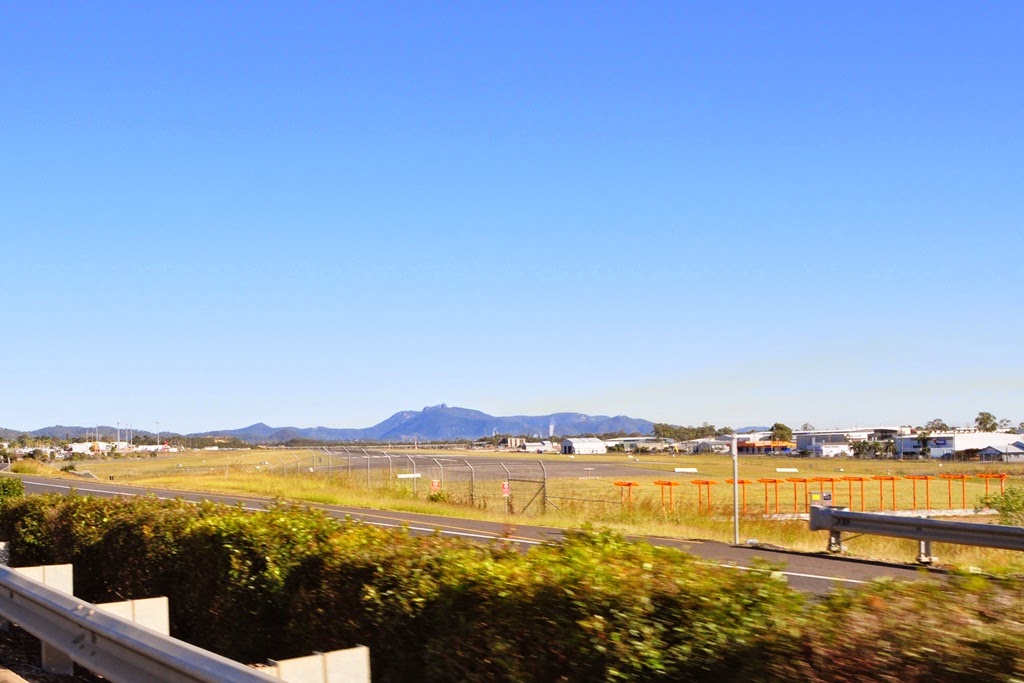 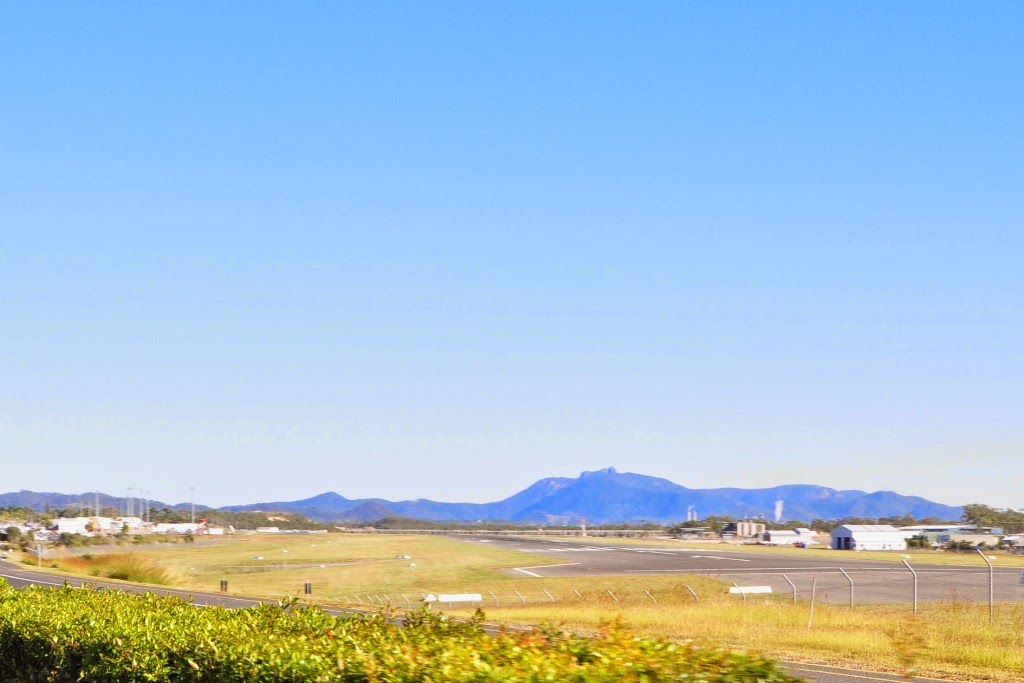 Moreover, please be advised that there are several parking restrictions around local streets and in parts of the Airport complex. 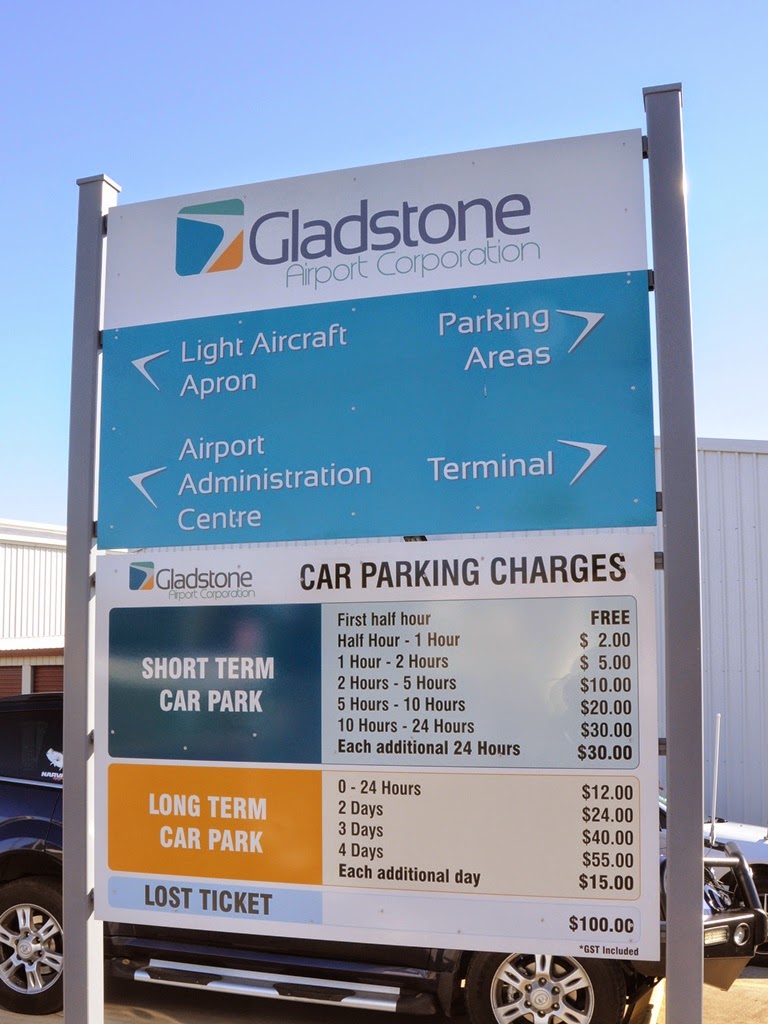 I find Gladstone is a pretty easy place to capture most aircraft movements.

File photos taken by Col B, Anthony Schulz, Michael Fleetwood and Jamie & Tash  ©
Posted by Damian F at 9:02 AM