On Monday 1 June, the often visiting American-registered Eclipse EA500 bizjet N257AK was spotted arriving into Mackay Airport.  It flew up from Archerfield. 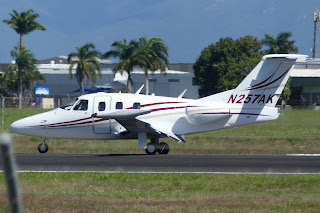 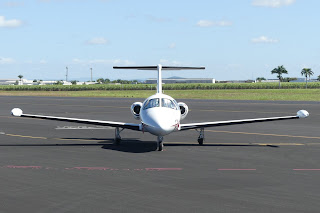 After some time on the ground, N257AK departed Mackay Airport and completed the short hop up to the Whitsunday Airport at Shute Harbour. 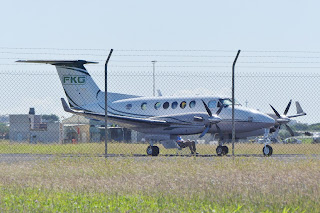 While another familiar visitor in the form of Vanderfield Pilatus PC-12/47 VH-WPH which also arrived directly from Toowoomba.

UPDATE!  VH-WPH remained parked until Friday 5 June when it departed Mackay Airport for the Sunshine Coast and Toowoomba.

Also parked nearby was Toowoomba-based Beech 58 Baron VH-CLE which appeared to arrive into Mackay Airport from there last Thursday 28 May. 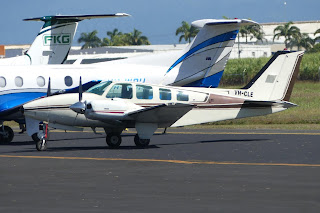 UPDATE!  VH-CLE flew back into Mackay Airport from Toowoomba on Friday 5 June.  It departed to Agnes Water on Sunday 7 June and then Toowoomba on Monday 8 June. 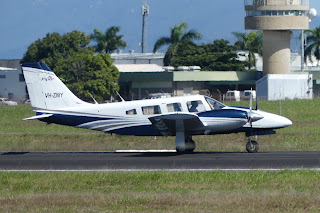 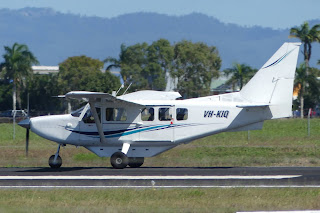 Sincere thanks to local plane spotter 'JM' for taking the time to capture and sending through these great photos!