On Thursday 8 June, Brisbane-based Cessna 525A CitationJet2 bizjet VH-MOR was noted visiting Emerald Airport during a busy day of flying.


It flew into Emerald from Archerfield via Toowoomba.  After spending almost an hour on the ground, VH-MOR departed to Chinchilla before returning to Toowoomba and Archerfield.

Of interest, VH-MOR then flew to Chinchilla and back from Archerfield.


It's had a busy couple of days, initially arriving into Mackay Airport from its Toowoomba base via Boonah on Wednesday 7 June before flying from Mackay to Bowen and then Emerald.  VH-WPH departed Emerald for Toowoomba.

And a pair of Piper PA-28-181 Archer aircraft - VH-LGD and VH-BDB - which are both operated by the Sydney Aviators Flying Club out of Bankstown Airport, were noted arriving into Emerald Airport from the Whitsunday Airport at Shute Harbour and Mackay. 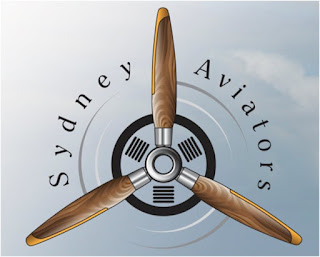 They seem to be on a fly-away and were noted flying into the Gold Coast on Tuesday 6 June before heading to Roma Airport and Shute Harbour on Wednesday 7 June.

Finally, also recently noted ferrying back South from Shute Harbour to Roma Airport was  Parklea (Air Services) (of Victoria) Agusta AW109SP helicopter VH-CZT.  It appeared to fly North towards Cairns in mid-May but was noted returning South at the start of June.
Posted by Damian F at 8:46 PM