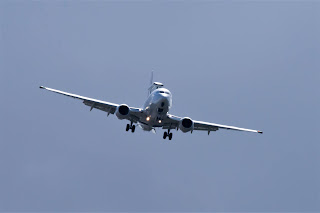 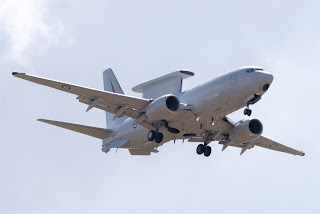 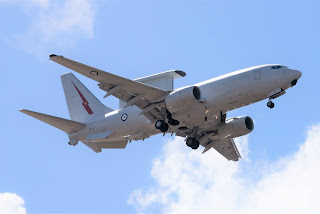 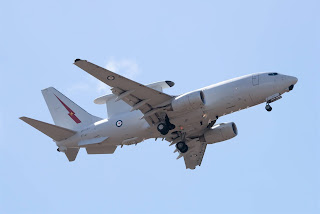 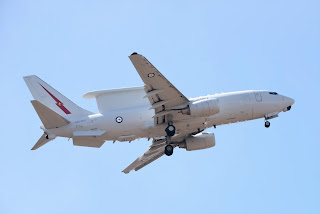 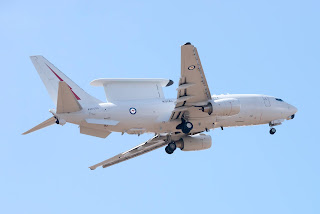 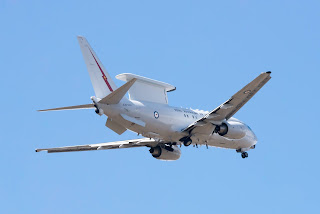 It appears that the Wedgetail flew up from RAAF Base Williamtown at Newcastle direct to Rockhampton. After completing the airwork, A30-003 departed Rockhampton Airport to RAAF Base Amberley where it landed for some time. It then returned back directly to Williamtown.

Of interest, A30-003 was heard to be using the radio callsign of "Wedgetail 11".
Meanwhile, also on Wednesday 12 May, a pair of RAAF Beech B350 Super King Air turboprops were both noted in the area, with one completing a missed approach at Roma Airport.
A32-988 as "Hudson 07" flew up from RAAF Base East Sale to Dubbo then to Roma Airport where it completed a missed approach.  It then flew across to the Sunshine Coast.
While A32-426 "Hudson 06" also flew up from Sale to Dubbo but didn't come through Central Queensland, instead completing airwork at Inverell in New South Wales before continuing to the Sunshine Coast.

Sincere thanks to local plane spotter Scott H for allowing us to share these great photos!

All photos taken by Scott Harris  ©
Posted by Damian F at 7:55 PM