With the NORRA-Aus Fly-In at Monto Aerodrome still fresh in our minds, this month, we take a look at the history of the Callide Dawson Flying Group - a passionate group of flyers and enthusiasts that made this great event possible.

The inaugural meeting of the Callide Dawson Flying Group Inc. was held at the Jambin Hotel on 17 June 1989, which makes us 23 years old this year.  Of the original nine members, only two of us are still around, Myles Breitkreutz (representing RAAus.) and myself, being the original club secretary. Two other founding members, Earle Grove and Kevin Wilson, have taken off for that great runway in the sky. 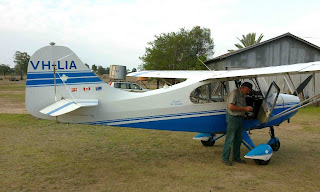 From humble beginnings the club has grown in size, now having 80 financial members. At the inaugural meeting the first President, Earle Grove, (a pharmacist in Biloela at the time), insisted that the Club become incorporated, which we did soon after. I believe this was an important step in giving the club a solid base, with some liability protection for it's members. Indeed it was our club that suggested that the Australian Ultralight Federation (now Recreational Aviation Australia Inc.) become incorporated, which at the time it was not, leaving all members in Australia open to litigation. Our club is still affiliated with and a member of RAAus. Inc. 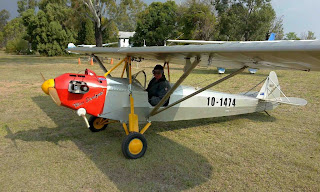 For a start we had difficulty getting a quorum at our meetings, even though the name suggested we represented the wide areas of the Callide and Dawson Valleys, and that the main broad objective of the club was to promote interest in flying. We held an early fly-in at the Dululu gliding field in conjunction with the Central Queensland Gliding Club, which created some interest. The Creed boys attended this event which gave them some ideas that developed later into the Old Station Airshows and Fly-In's.

It wasn't until our annual fly-ins began at Kevin Wilson's Smoky Creek Airfield though, that the club really began pumping. The first of these events was a good excuse for a party. It was the occasion of Aeronca Champion owner John Rasmussen's 60th and my 50th birthday, that made a good excuse to have a fly-in. So started a succession of annual fly-ins with up to 40 aeroplanes, 100 people, BBQ's, fire works, bonfires, and in the morning the dawn flight followed by the traditional bacon and eggs breakfast. From there on we had no trouble in gaining a quorum for our meetings. 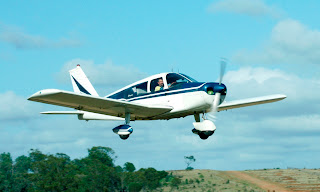 Sadly Kevin Wilson's illness prevented us having the fly-in at Smoky Creek in 2010. Thankfully by then, other airfields at President Tony Fitzpatrick's near Biloela and at Frogs Hollow Theodore with Liz and Dave See (Secretary) became available for such events.

Liz and Dave have been amazing in promoting wonderful flying activities at places that include Capricorn Coast, Rockybar, Calliope, Baralaba, Theodore, and of course being a major supporter of the NORAAus fly-ins at Monto. My wife Fay has recently become club Treasurer and I continue as Vice-President. Myles faithfully continues to represent us on the RAAus board and in his capacity as Pilot Examiner. 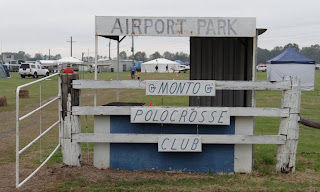 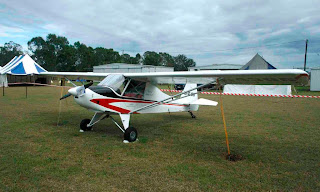 Our club objective continues to be to promote recreational flying in many categories. We provided some scholarships in the past to help some fledgling flyers make a start. Who knows what future activities we may become involved in that further promote learning to fly? I'm sure we will continue to enjoy getting together and sharing the privilege of flying.