'IAD' actually had to visit Rockhampton Airport on Thursday 15 November, and while he waited to collect his friend, he snapped off some images of a couple of the visiting aircraft that were parked on the Airport apron.

QantasLink (Cobham Aviation) Boeing B717-200 VH-NXE was parked awaiting its next load of passengers to fly to Brisbane. 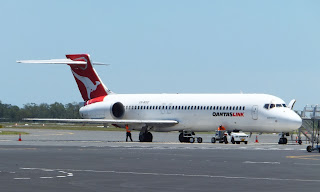 Virgin Australia had a couple of interesting visitors, with Skywest Airlines-operated ATR 72-600 VH-FVP spotted arriving from Brisbane as VOZ1239. 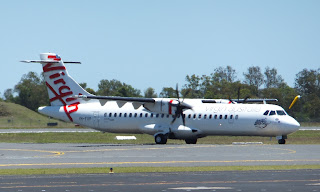 Boeing B737-800 VH-VOX was also present and is shown departing to Sydney as VOZ1568.  This aircraft is one of only a small number to still wear "Pacific Blue" titles on its tail, while wearing "Airline of Virgin Blue" titles on its forward fuselage. 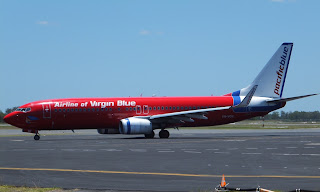 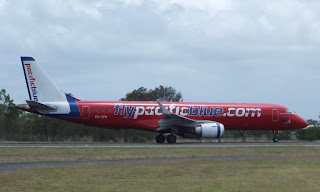 Also on Thursday 15 November, Virgin Australia utilised an Alliance Airlines Fokker F-100 aircraft on the mid-morning VOZ1243/1244 service, with VH-XWR noted arriving, but using the "Unity" callsign with the Virgin flight number.  Later, VH-XWQ was noted operating the nightly UTY1251/1252 flight from Brisbane to Rockhampton and return.
Posted by Damian F at 10:38 PM