On Friday 6 November, a nice pair of Australian-based bizjets were spotted visiting Bundaberg Airport - along with the locally based Citation VH-CCJ before it headed out on a flight.
During the morning, Falconair (NSW) Dassault 900 Falcon Mystere bizjet VH-CAD was spotted after earlier arriving into Bundaberg Airport from Bankstown and Sydney.  It later departed back there. 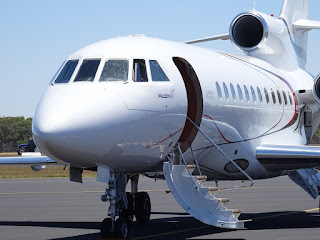 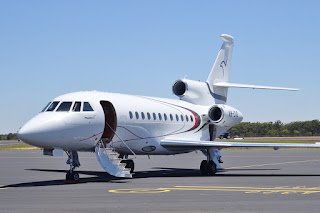 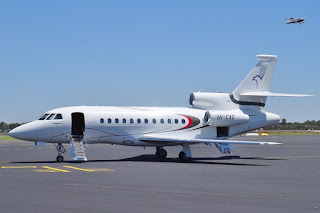 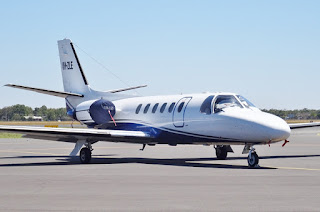 Also on Friday 6 November, the locally-based Greensill Aviation Cessna 550 Citation Bravo bizjet VH-CCJ was photographed before it later departed Bundaberg Airport for Brisbane.  It returned to Bundy around sunset. 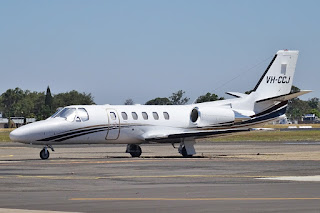 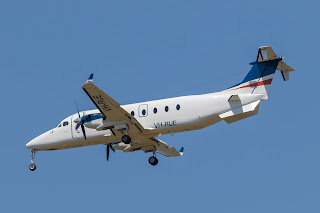 It arrived from Cairns and Mareeba and later departed to Brisbane.
While the Queensland Police Service (Airwing) (State of Queensland) Raytheon B1900D VH-PSK called into Mackay and Maryborough Airports while flying between Cairns and Townsville to Brisbane.  VH-PSK later returned North.
And finally, also on Friday 6 November, FKG Air (Redjet Aviation) Hawker Beechcraft B200GT VH-FKB flew up from Toowoomba and Archerfield to Hamilton Island and then Charters Towers Airports.  It then returned directly to Toowoomba.
It also appears that VH-FKB visited Gladstone Airport on Thursday 5 November, arriving from and later departing back to Toowoomba to Townsville.
Photos taken by Micah S and Steve Vit  ©
Posted by Damian F at 8:09 PM