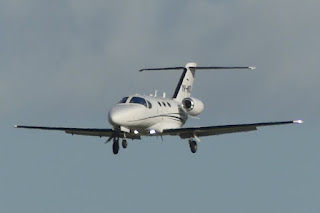 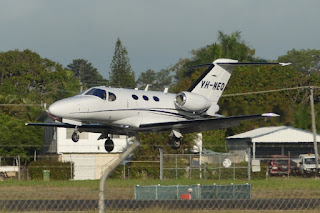 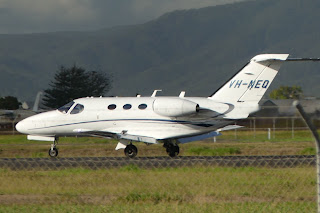 After looked to spend the day parked, VH-NEQ then departed Mackay Airport and returned to Hamo.  It then flew back to Mackay Airport once again where it appears to be spending the night.
Meanwhile, also in the wee small hours of Thursday 12 November, Corporate Aircraft Charter (South Australia) Cessna 550 Citation II bizjet VH-ZLE was noted visiting Gladstone Airport, arriving from and later departing back to Brisbane.
Sincere thanks to local plane spotter 'JM' for taking the time to capture and send through these great photos!
All photos taken by 'JM'  ©
Posted by Damian F at 9:24 PM