On Tuesday 24 November, Alliance Airlines Fokker F-70 jet VH-NKQ was photographed as it took two attempts to depart Longreach Airport.  It flew to Brisbane as UTY558. 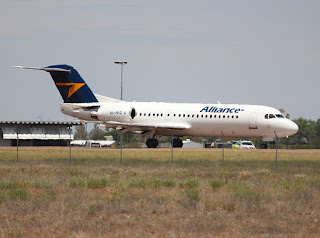 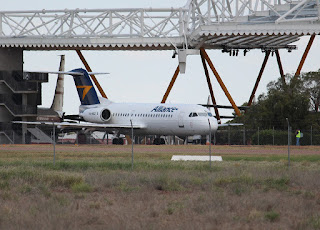 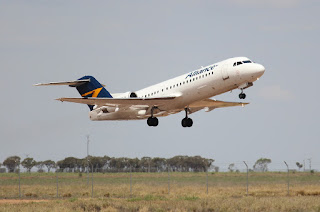 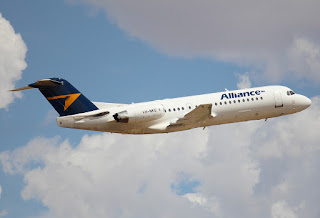 As mentioned below, VH-NKQ arrived into Longreach Airport on Sunday 22 November from Alice Springs in the Northern Territory.  It appears that the Alliance Airlines Fokker is operating a closed charter flight which departed Brisbane mid-way through last week and has had stops at Broken Hill and Ayres Rock (Yulara) before continuing to Alice Springs.

Also as mentioned below, another Alliance Airlines closed charter flight to the red centre of Australia also took to the air over the latter part of last week and then weekend wth Fokker F-100 jet VH-UQN flying into to Ayres Rock from Townsville and Mackay Airport on Friday 20 November as UTY573 before then returning on Sunday 22 November as UTY574.

Finally, back at Longreach Airport, also on Tuesday 24 November, Brisbane-based Hewitt Cattle Australia P/L SOCATA TBM 700 VH-PGA flew back in from Ambalindum.  It had passed through Longreach Airport flying to Ambalindum from Archerfield and Moura Airports on Sunday 22 November.

Sincere thanks local plane spotter Greg W for taking the time to capture and send through these great photos!