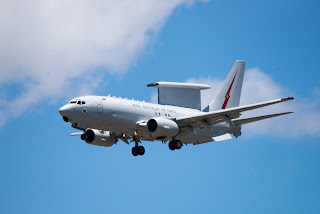 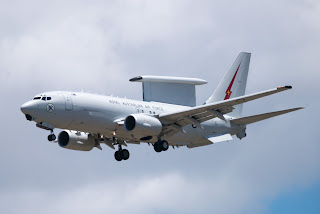 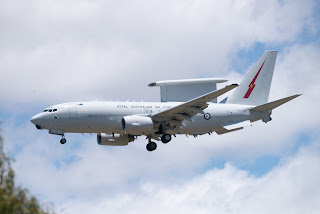 Meanwhile, also on Thursday 12 November, fellow RAAF E-7A Wedgetail A30-005 as "Wedgetail 17" was noted completing a missed approach at Bundaberg Airport.
It looked to also fly up from Williamtown but via airwork at Coffs Harbour before it headed to Bundy.  The Wedgetail then returned to Williamtown via more airwork but at Tamworth.

All photos taken by Scott Harris  ©
Posted by Damian F at 9:19 PM