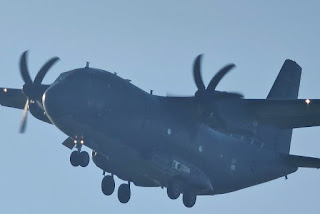 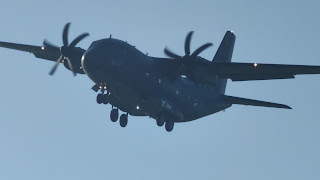 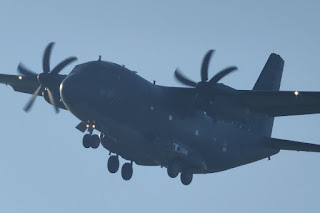 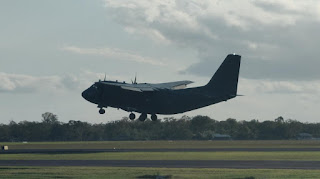 A34-009 was flying as "Wallaby 21" and was heard to depart RAAF Base Amberley and came up to Bundaberg Airport where completed several spectacular touch-and-go landings and departures. 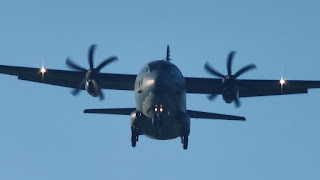 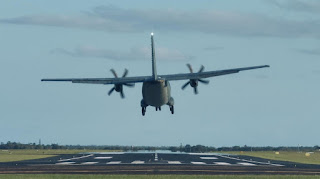 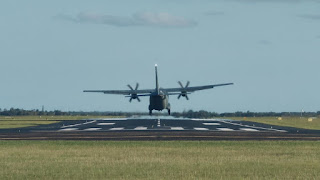 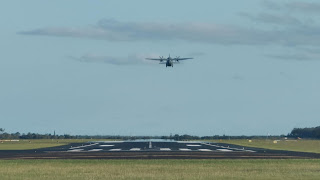 Once complete, A34-009 departed the area and appeared to return back to Amberley.

Sincere thanks once again to local plane spotter Peter S for taking the time to capture and send through these great photos and video!

All photos and video taken by Peter Sajko  ©
Posted by Damian F at 8:29 PM