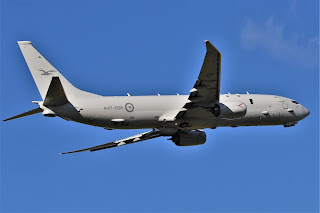 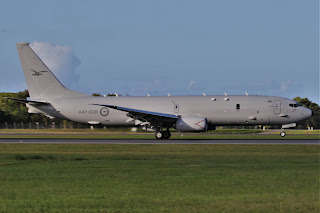 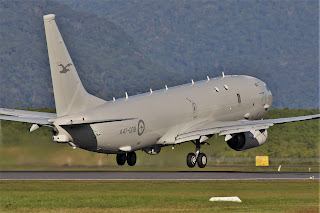 A47-008 was noted flying as "Blackcat 10" and looked to fly down from Townsville – where it has been based during the Combined Exercise Talisman Sabre 2021 (TS21). Following the airwork at Rocky A47-008 "Blackcat 10" flew all the way up to Cairns where it completed more airwork (as pictured above) before it then returned to Townsville.

A47-008 is one of two RAAF P-8A Poseidon aircraft deployed to Townsville for Exercise Talisman Sabre with the other believed to be A47-010.

Of interest, the "Blackcat" radio callsign suggests these P-8A Poseidon Maritime Surveillance Aircraft are of the RAAF's No. 11 Squadron based at RAAF Base Edinburgh in South Australia. 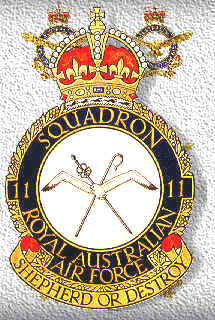 The Squadron forms part of No. 92 Wing which is the maritime patrol wing of the RAAF and is responsible for long-range surveillance, anti-submarine and anti-surface warfare, search and survivor supply.
Sincere thanks to local plane spotter Jonathan W for allowing us to share these great photos from Cairns Airport!

All photos taken by Jonathan Williams  ©
Posted by Damian F at 8:31 PM