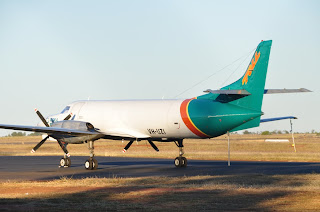 Toll Express has also started a Monday to Friday freight run from Rockhampton to Brisbane and return. The TFX134/135 service, also operated by a metroliner, leaves Rockhampton in the early evening before arriving back the next morning.
Posted by Damian F at 7:50 AM