We haven't reported on any bizjet movements around Central Queensland for a couple of weeks, so it's high time that we catch up...  And there seems to be a lot to report!

Perhaps the most spectacular arrival was of ExecuJet Australia Bombardier Global Express VH-ICV into Proserpine / Whitsunday Coast Airport on Thursday 16 January from Cairns.

Sincere thanks to the FNQ Skies Blog for sharing their spectacular images of VH-ICV as it arrived into Cairns from Saipan and later departed to Prosie on Thursday.


VH-SGY was again noted arriving into Bundaberg and Maryborough Airports on Wednesday 15 January.  It had also visited Longreach during the previous week on Thursday 9 January.


As we posted below, Mackellar Mining Equipment / Flight Options (Australia) Cessna 560 Citation Ultra VH-MMC arrived at Emerald from the Sunshine Coast on Monday 13 January.  On Thursday 16 January, VH-MMC departed Emerald for Mackay, before eventually returning to the Sunny Coast. 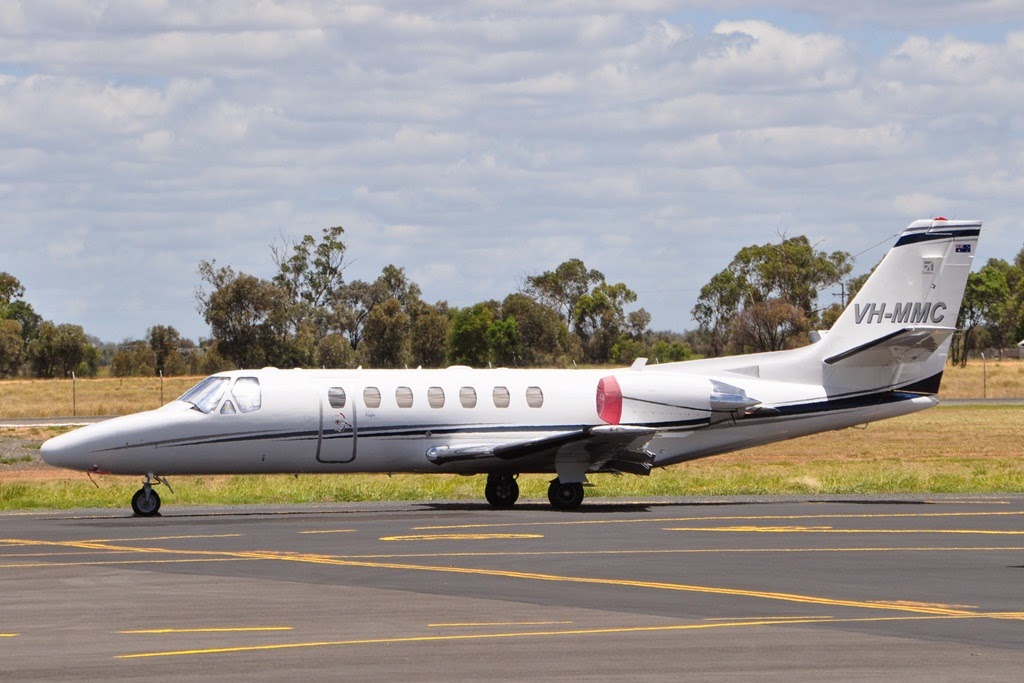 Also at Mackay Airport, locally-based Raytheon 390 Premier 1 bizjet N7088S departed there for Canberra on Sunday 5 January.  It was then noted at Hobart and Bankstown, from where it departed on Tuesday 14 January on return to Mackay.

There have also been regular visits by various Australian-based bizjets into Hamilton Island Airport.

Back on Thursday 9 January, Sundyne Cessna 650 Citation VII VH-SSZ arrived into Hamo from the Sunshine Coast.  It later departed to Sydney.

Aeromil Pacific / Flight Options (Australia) Cessna 650 Citation III VH-SPJ made a quick into Hamo on Saturday 11 January arriving from, and later departing back to Bankstown.

Making a rare appearance in Central Queensland was Jet City Cessna 750 Citation X VH-XCJ, which arrived into Hamilton Island from the Sunshine Coast on Friday 10 January.  It departed to Melbourne (Essendon) on Tuesday 14 January.

Also Balmoral Air Dassault Falcon 2000EX F-GZLX touched down once again at Hamilton Island from Bankstown on Saturday 11 January.  It departed back to there on Friday 17 January.
Posted by Damian F at 12:50 PM