Photographed arriving into Rockhampton Airport as the sun was setting on a great of military plane spotting on Thursday 4 July was one of two United States Navy (USN) Grumman C-2A Greyhound Carrier Onboard Delivery (COD) aircraft which have deployed to the region to participate in joint Military Exercise Talisman Sabre 2019 (TS19). 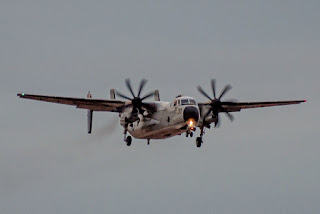 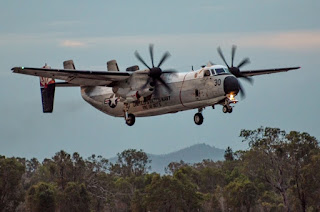 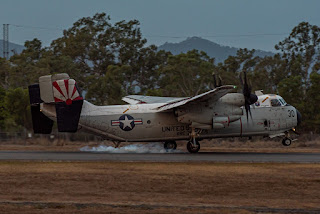 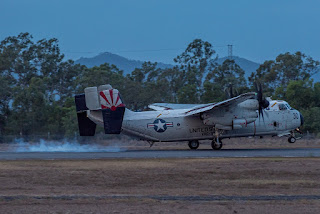 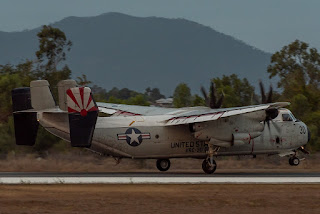 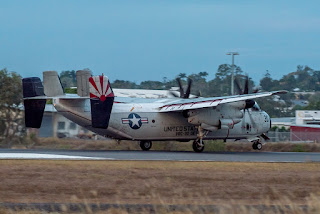 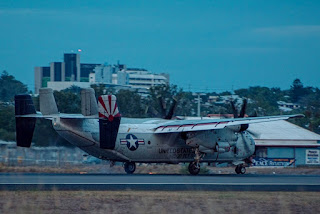 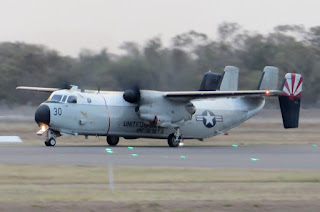 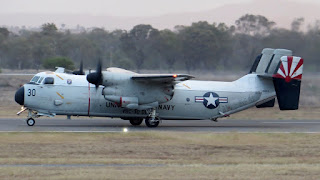 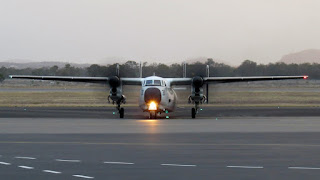 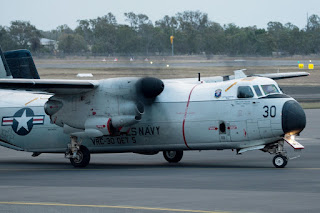 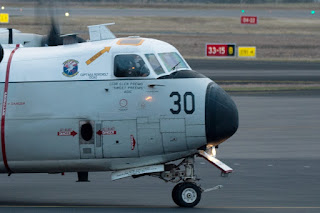 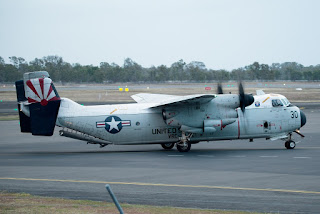 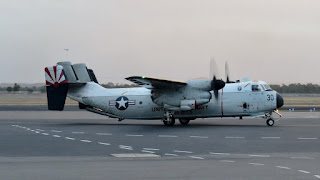 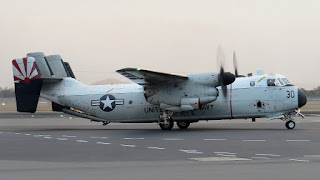 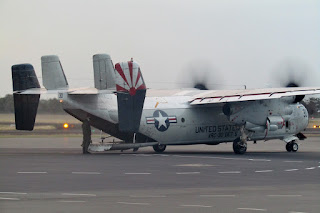 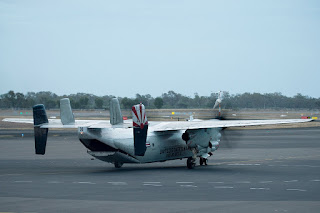 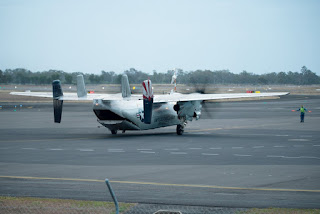 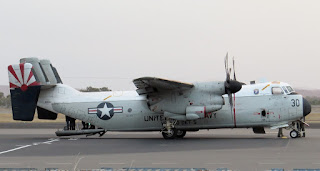 The Greyhound was identified as 162154 / 30 and it is flown by the Fleet Logistics Support Squadron 30 (VRC-30 Detachment 5) the "Providers".  It has been completing regular flights between land (usually RAAF Base Amberley) and the USS Ronald Reagan (CVN-76) which is due to dock in Brisbane in the coming days.

Indeed after a short while on the ground, 162154 / 30 "Password 30" departed Rockhampton Airport for Amberley. 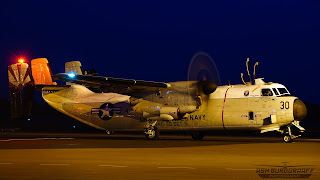 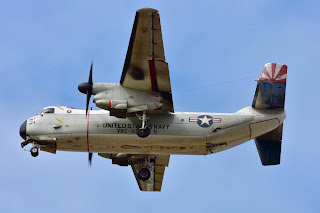 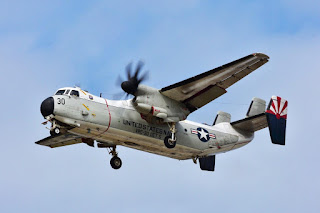 Of interest, the Grumman C-2A Greyhound is a twin-engine, high-wing cargo aircraft, designed to carry supplies and mail to and from aircraft carriers of the United States Navy. Its primary mission is carrier onboard delivery (COD).