Emerald Airport has been pretty quiet lately... that was until the afternoon of Monday 28 February. Within the space of about an hour the airport played host to an Alliance Airlines Fokker F-100 jet and a Kaman Corporation K-1200 K-Max heavy-lift helicopter.

The Alliance Airlines Fokker F-100 - VH-FKK - was operating a fly-in fly-out charter from and back to Brisbane. This is one of a series of weekly charter flights Alliance Airlines has operated to Emerald over the last few weeks, with the day of operation varying almost each week. 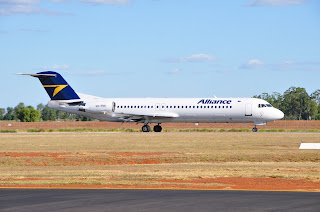 VH-FKK is pictured departing from Emerald's Runway 06 for Brisbane as "Unity 1021".

A little later in the afternoon, a very rare sight for an Australian airport arrived in the form of a beautifully coloured Kaman Corporation K-1200 K-Max heavy-lift helicopter. The helicopter wears the titles of Skywork Helicopters of Warkworth in New Zealand, and is registered ZK-HEE.

It is pictured arriving at the airport and then parked on the South-Western grass adjacent to the Emerald Airport terminal. 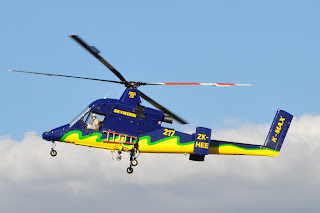 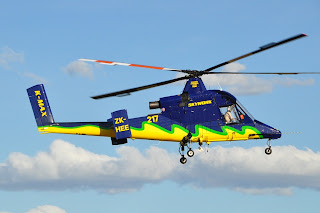 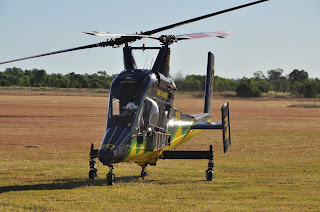 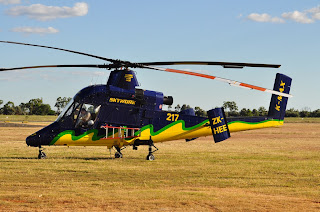 It is unclear about why the helicopter is in Australia - it has been in Australia previously performing heavy powerline lifting duties. A support vehicle arrived at the airport as I was leaving, and given that the Avalon Airshow in on soon, I wouldn't be surprised if it is displayed down there!
Posted by Damian F at 7:15 AM