Singapore Airlines has begun a series of charters between Singapore and Rockhampton to transport members of the Singapore Armed Forces to participate in Exercise Wallaby 2011.

It is believed that there will be as many as 22 charters to Rockhampton, to be operated by Boeing B777-200 aircraft. 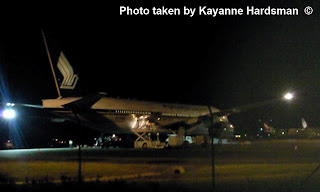 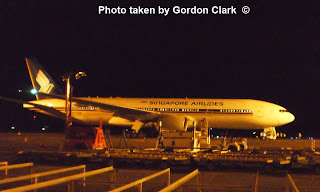 Meanwhile on Monday 26 September, B777-200s 9V-SQG and 9V-SQA were noted at Rockhampton Airport operating with the same flight numbers. 9V-SQG is pictured below at about 8.30pm. 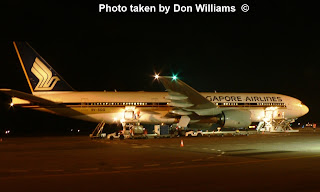