Strategic Airlines has released the first images of the airline’s new 'Air Australia' livery to be introduced later this year. 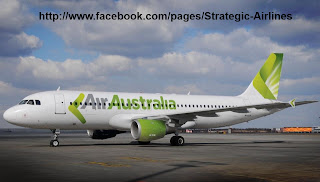 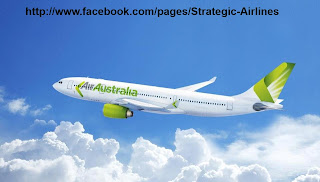 The new branding was designed for the airline by CumminsRoss.

Launched in 2009 and headquartered in Brisbane, Strategic Airlines - soon to morph into Air Australia - is the nation's newest domestic and international carrier.

It plans to move to seven leased A330s over the next three years, with the fleet growing to three by the first quarter of next year.

An additional A320 will come to Australia later this year to bolster the three narrow-body planes already here and a fifth could be added early next year. It has added an A320 base in Melbourne.
Posted by Damian F at 8:48 PM