A real treat for local plane spotters Jamie C and Tash C on Thursday 14 November with the arrival of two fantastic bizjets into Gladstone Airport. 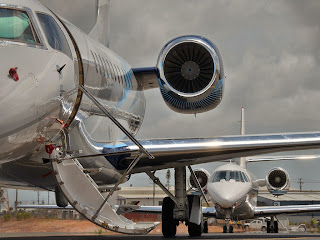 First to touch down just after 9am was Marcplan Charter Embraer EMB-135BJ Legacy bizjet VH-VLT, which arrived from Brisbane.

It was VH-VLT’s second visit to Gladstone this week!

Shortly after, VH-VLT was joined on the ground by Gold Coast-based Cessna 680 Citation Sovereign VH-VPL which also touched down from Brisbane.

Both bizjets were parked on the lower apron at Gladstone Airport allowing Jamie and Tash to capture a few nice shots at close quarters. 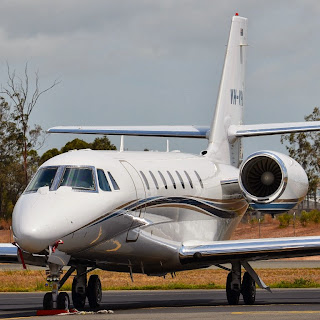 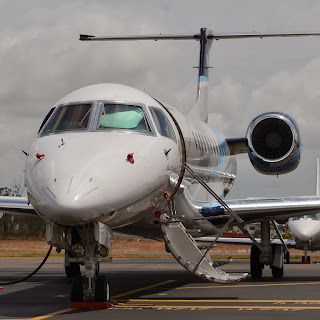 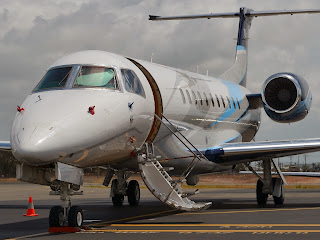 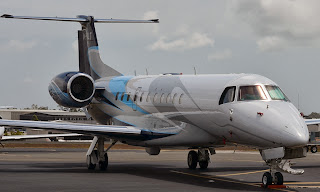 VH-VPL and then VH-VLT both departed Gladstone later in the day, with VH-VPL flying to the Gold Coast and VH-VLT to Brisbane. 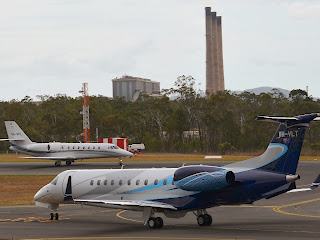 What a great couple of bizjets – and what a great day of plane spotting!  Sincere thanks to Jamie and Tash for capturing and sending through some great images!