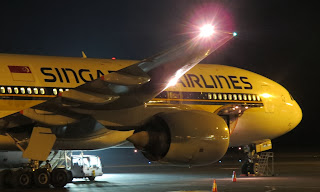 Another night, another Singapore Airlines B777!  This time, B777-200 9V-SRK touched down at Rockhampton Airport as SIA8931 direct from Singapore (Changi) Airport late on Wednesday 13 November. 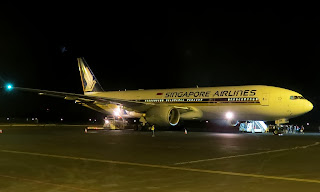 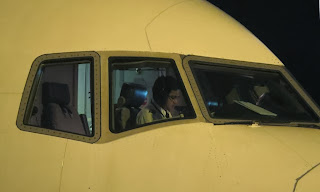 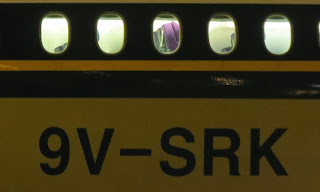 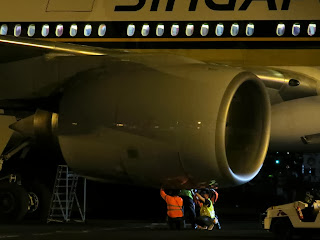 Local plane spotter 'IAD' was on hand yet again and noted that 9V-SRK brought in a load of passengers to Rockhampton in support of the Singapore Armed Force's Exercise Wallaby 2013. 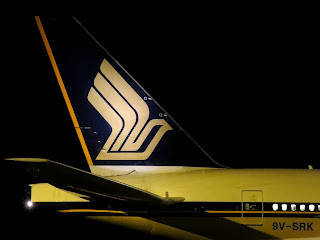 He also captured some photos as the starboard-side engine was closely examined while 9V-SRK was on the ground at Rockhampton - perhaps another small maintenance issue? 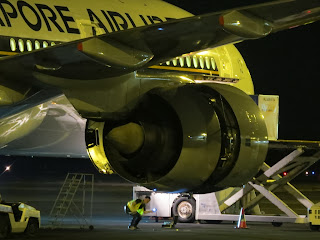 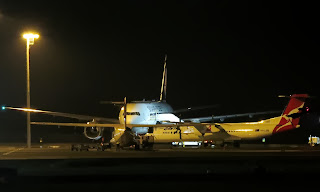 9V-SRK evenutally departed back to Singapore as SIA8932.

There were no other charter flights on Wednesday night - the Qantas B747-400 VH-OJC that was at Rockhampton the previous evening was noted positioning back to Sydney direct from Singapore during Wednesday 13 November as QFA6026.

Sincere thanks again to 'IAD' for spending the evening at Rockhampton Airport and enjoying and capturing some of the action!