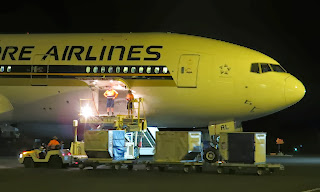 The next 'wave' of heavy jet passenger charter flights to touch down at Rockhampton Airport in support of the Singapore Armed Force's Exercise Wallaby 2013 has started with Singapore Airlines Boeing B777-200 9V-SRL touching down from Singapore (Changi) Airport late on Tuesday 12 November. 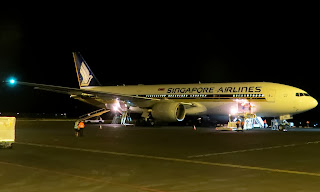 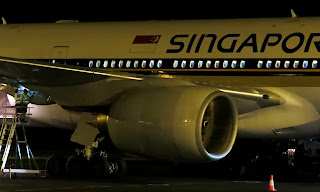 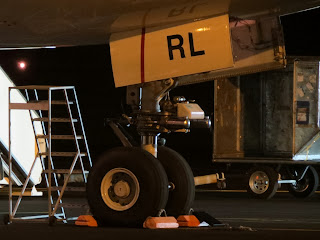 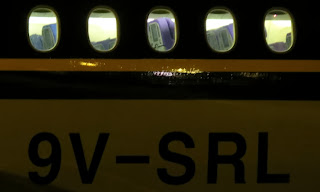 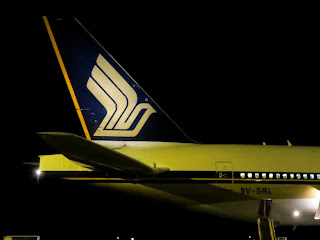 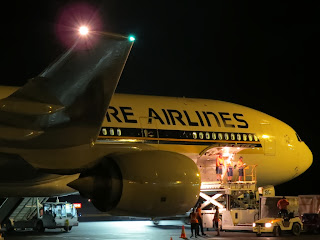 9V-SRL touched down at Rockhampton as SIA8931 from Singapore.  There was then an engineering delay  with workers looking over the underside of the starboard-side wing - as local plane spotter 'IAD' captured below.  Reports suggest that the flight was nearly cancelled, and a Qantas Boeing B767-300 was on standby to divert to Rockhampton to operate the flight. 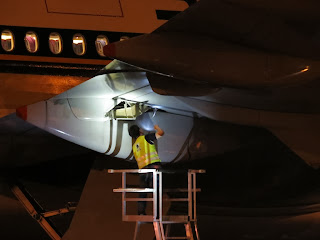 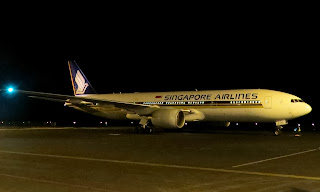 As the Singapore Airlines B777 remained on the ground, Qantas Airways Boeing B747-438 VH-OJC also touched down at Rockhampton Airport on Tuesday 12 November. 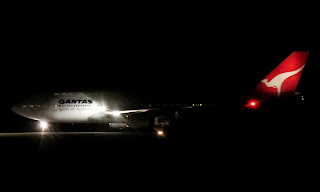 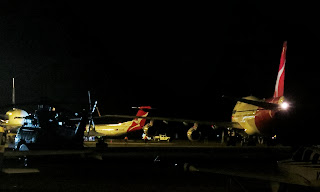 VH-OJC arrived empty from Sydney as QFA6025, and due to the Singapore B777 being stuck on Gate 6, it was parked on the apron in front of the Rockhampton Airport Air Traffic Control Tower. 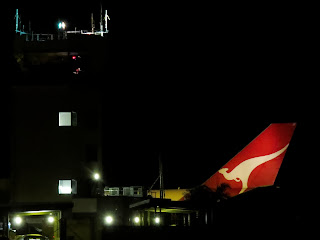 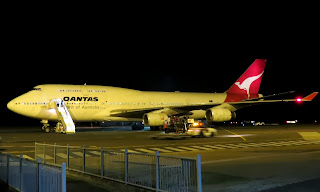 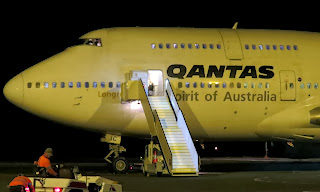 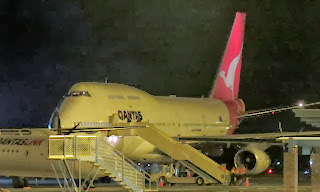 VH-OJC also departed Rockhampton direct to Singapore but as QFA6031 in the wee-small hours of Wednesday 13 November.


At the time of writing, it looks like another Singapore Airlines B777 will be in Rockhampton again tonight.

Sincere thanks to Rockhampton plane spotter 'IAD' for spending a long night enjoying and capturing the action on Tuesday night!