Sunshine Express Airlines was a small regional airline owned by Aeromil Pacific that served many regional destinations on the East Coast of Australia from Biloela/Thangool to Port Macquarie. The airline's head office was at the Sunshine Coast Airport, however the majority of its services were in/out of Brisbane. 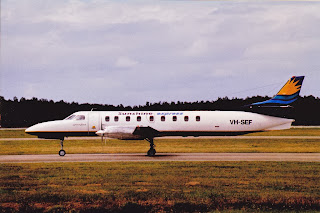 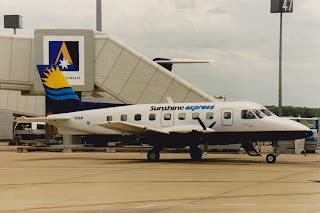 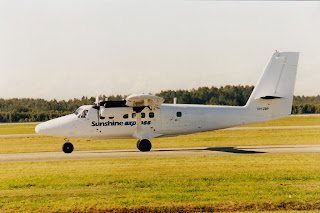 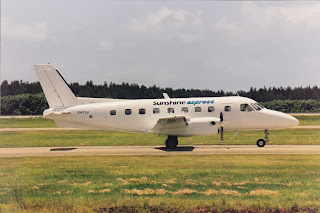 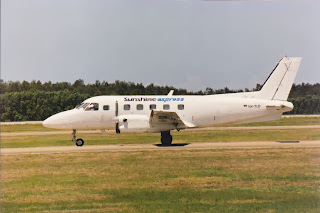 During the early 2000's Sunshine Express went through a period of expansion, becoming a Qantas partner airline, and eventually taking delivery of a pair of Shorts 360 turbo-props VH-SEG and VH-SEO (which was ex-Sunstate Airlines VH-SUR). 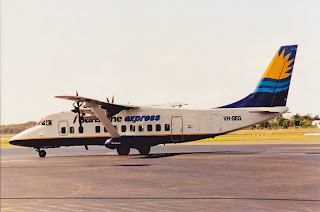 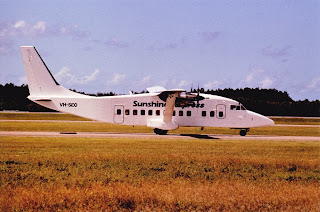 More destinations were added to the Sunshine Express route network including Maryborough and Hervey Bay on the Fraser Coast, and Biloela/Thangool in Central Queensland. 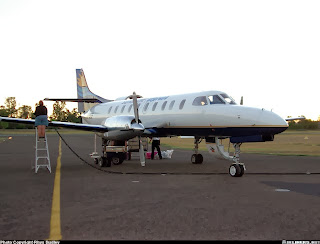 More aircraft were added to their fleet with Metro's VH-SEF, VH-SEY, VH-SEZ, VH-KDJ, and VH-KEX all noted operating for Sunshine Express at various times.  VH-SEF was noted carrying the name Biloela (as shown above at Biloela/Thangool Airport in 2003), while VH-KDJ and VH-KEX were both operated in a hybrid livery that included the colours of their former operator Regional Express (REX). 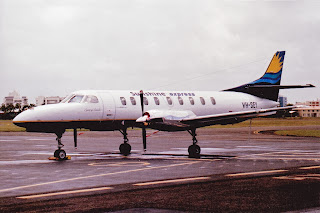 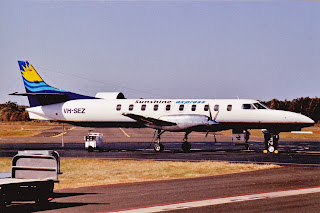 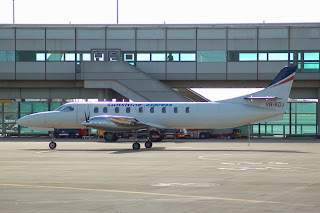 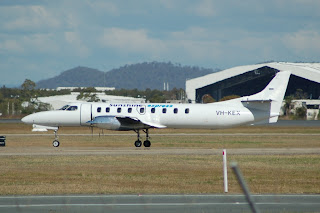 Sunshine Express also commenced flying services into New South Wales, including Coffs Harbour, Port Macquarie, Tamworth, and Armidale, as shown below on one of their last route maps. 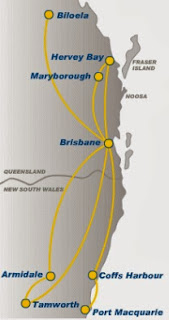 Sunshine Express ceased all scheduled operations at the end of September 2006, when it decided to concentrate on charter operations.