During the afternoon on Thursday 26 February, three Australian Army NH Industries MRH-90 Multi-Role Helicopters were noted arriving at Rockhampton Airport.  Reports suggest that these helicopters have been deployed to Rocky to assist the Army personnel on the ground with the clean-up and re-build following Tropical Cyclone Marcia.  On Friday 27 February, local plane spotter 'IAD' captured the three choppers - identified as A40-014, A40-028 and A40-032. 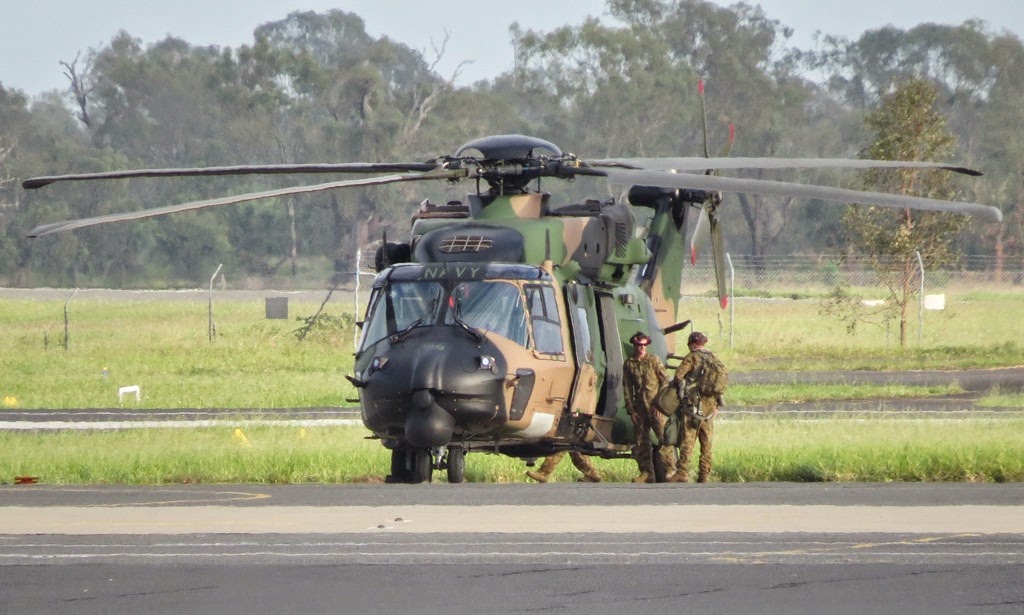 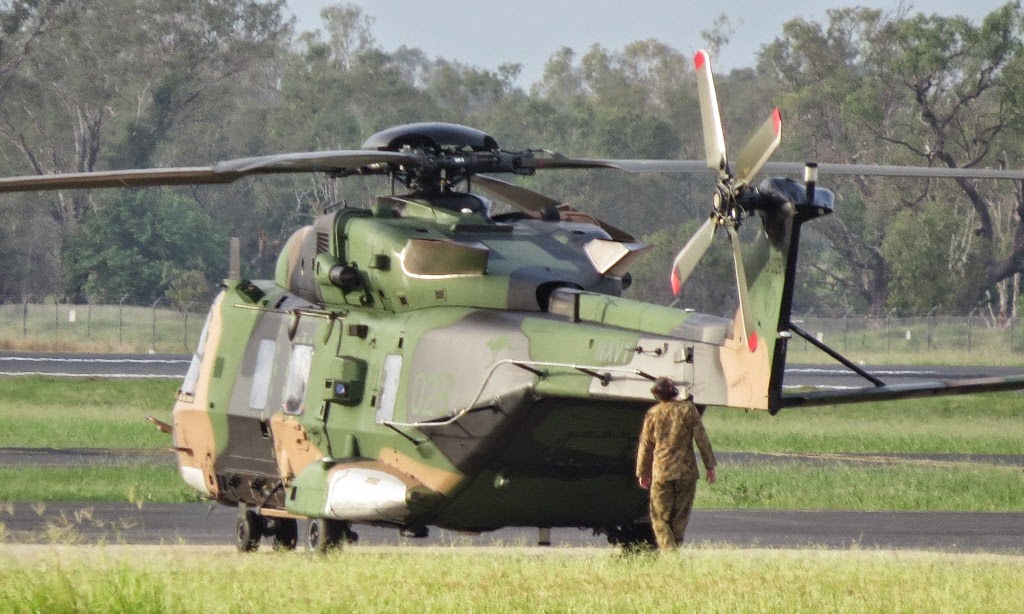 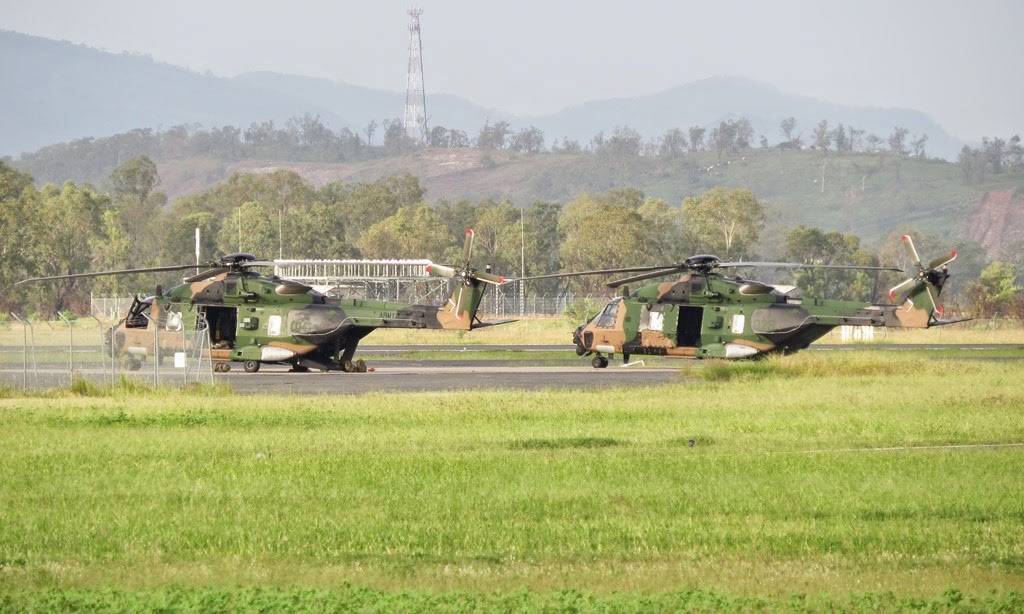 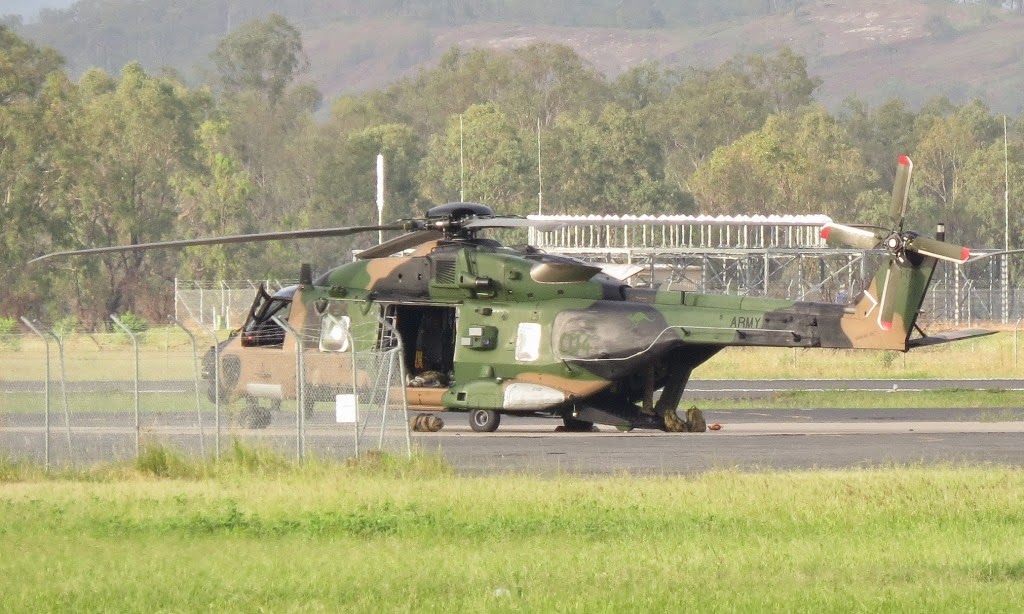 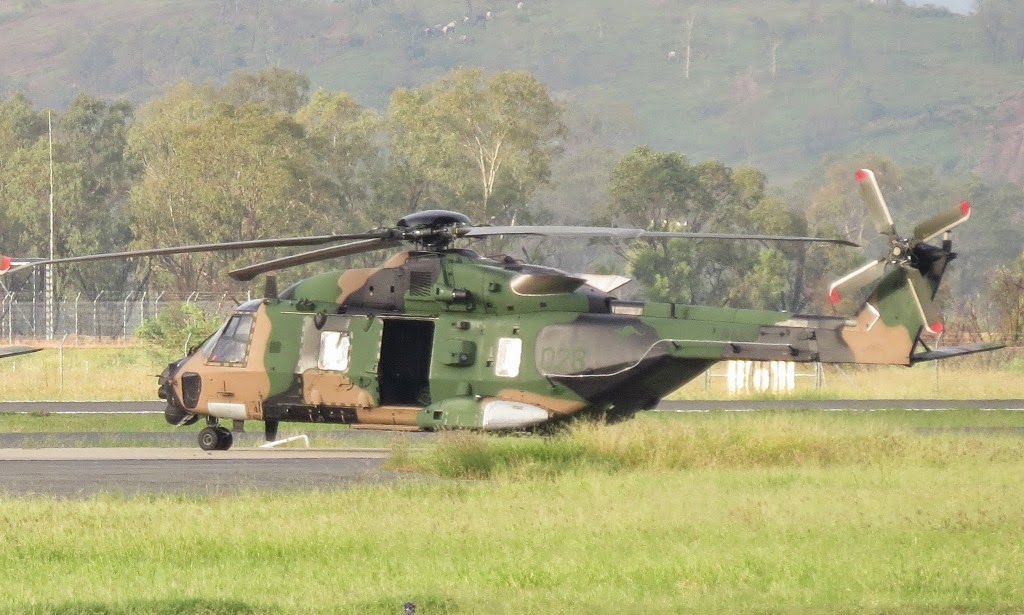 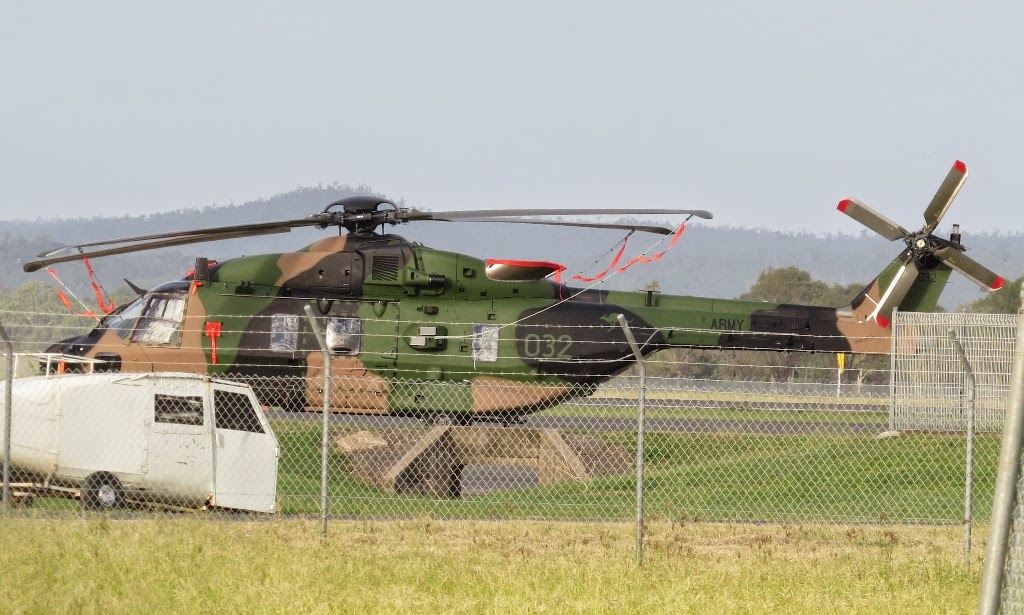 On Thursday, they were heard to be using the callsign "Destria" as they all arrived individually, while on Friday, A40-014 and A40-028 departed to Yeppoon as "Destria Black".  During the afternoon on Friday 27 February, all three MRH-90s were heard to depart to Townsville.

Meanwhile, as the sun was setting on Thursday 26 February, a pair of Royal Australian Air Force (RAAF) bizjets operated by the RAAF VIP 34 Squadron called in for the night.  Boeing B737-7DF(BBJ) A36-002 was first to touch down, arriving from Canberra as "Ausy 310". 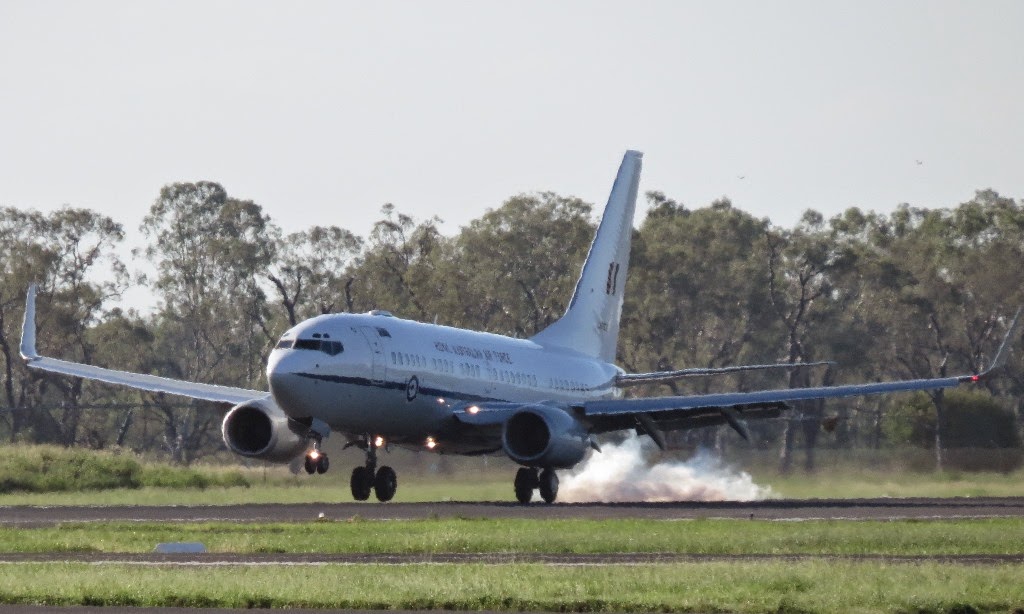 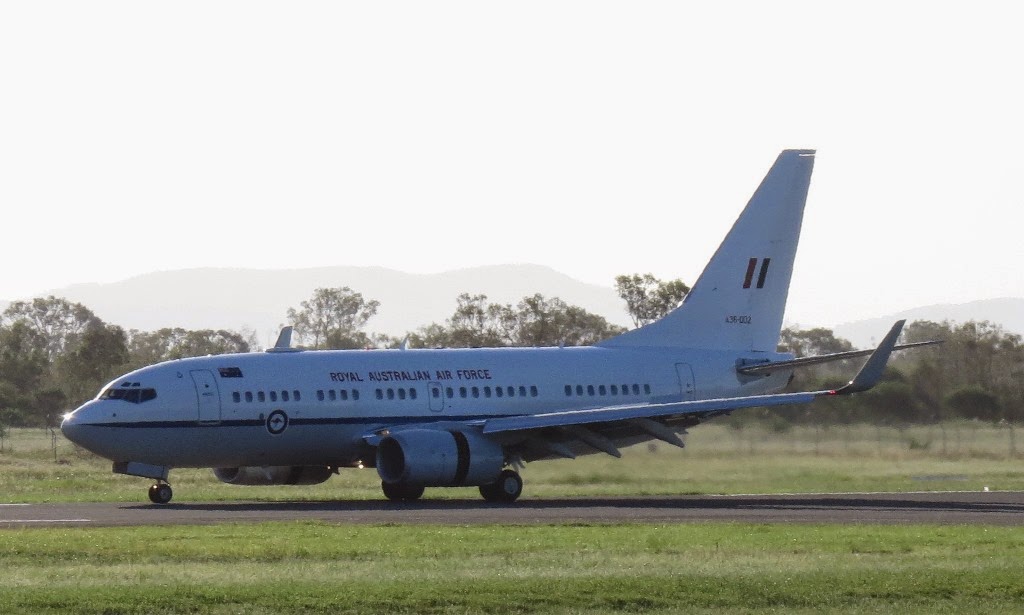 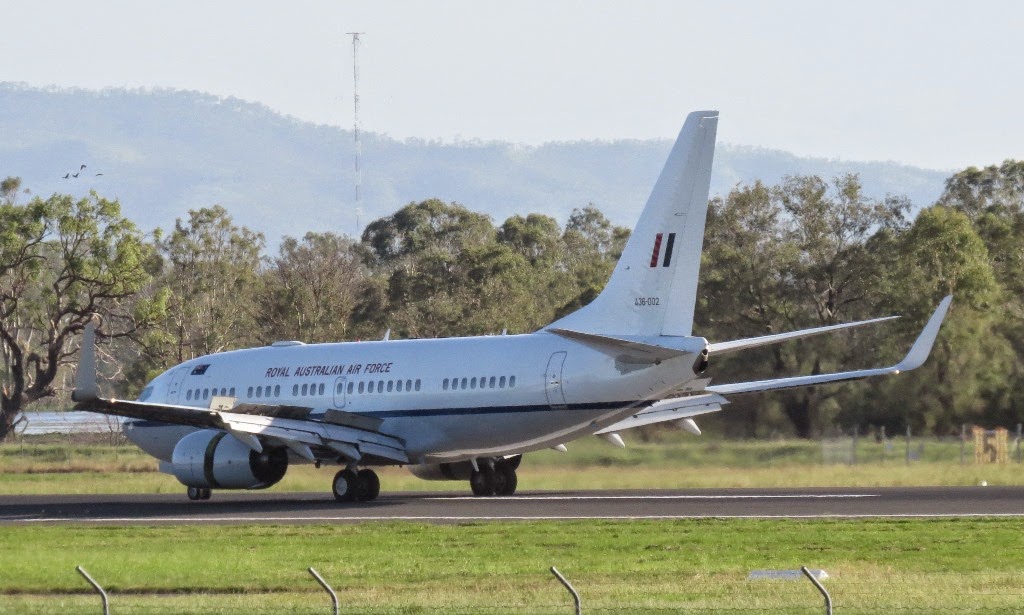 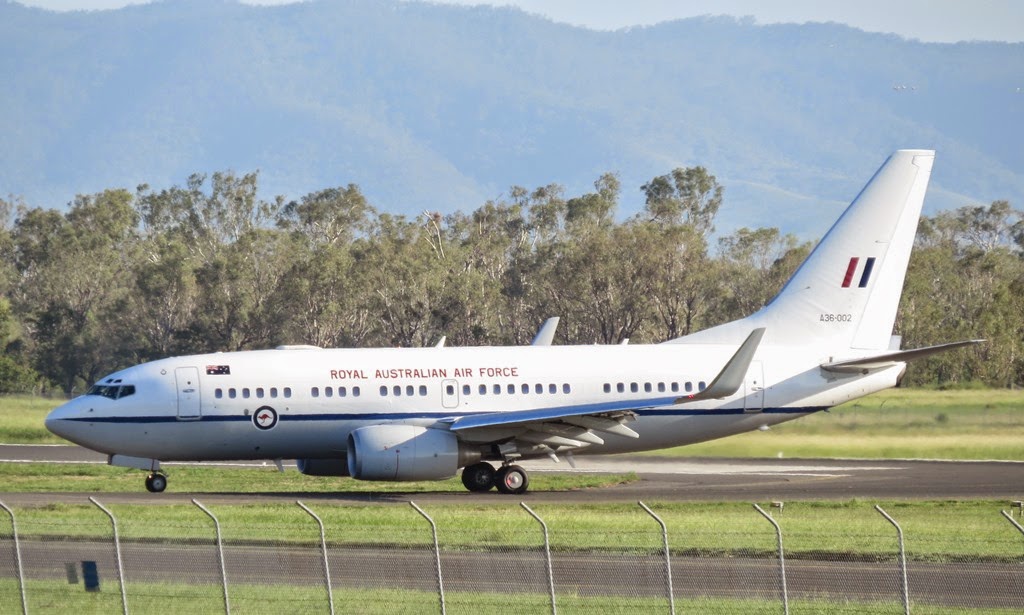 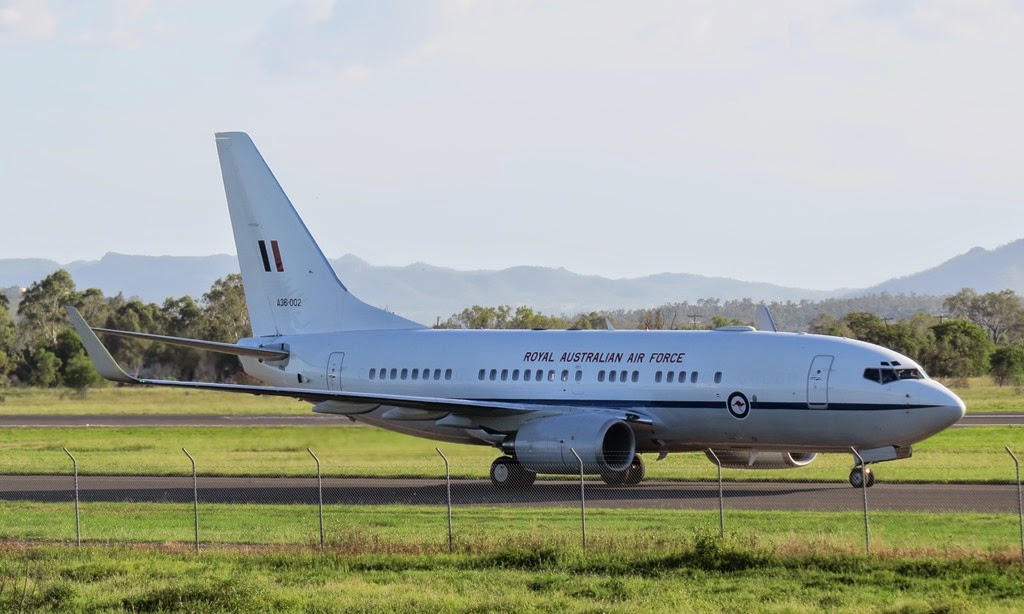 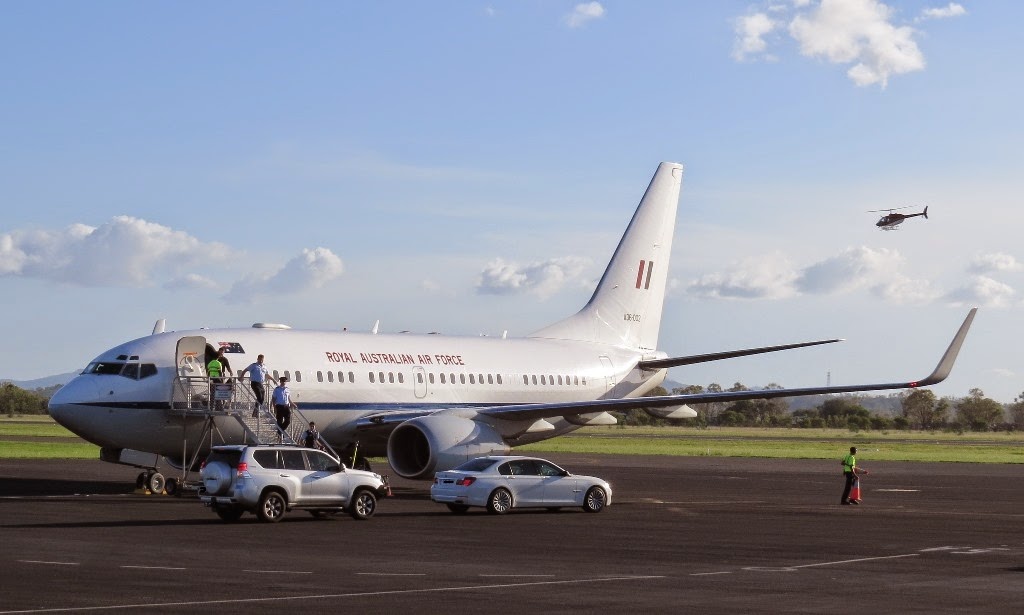 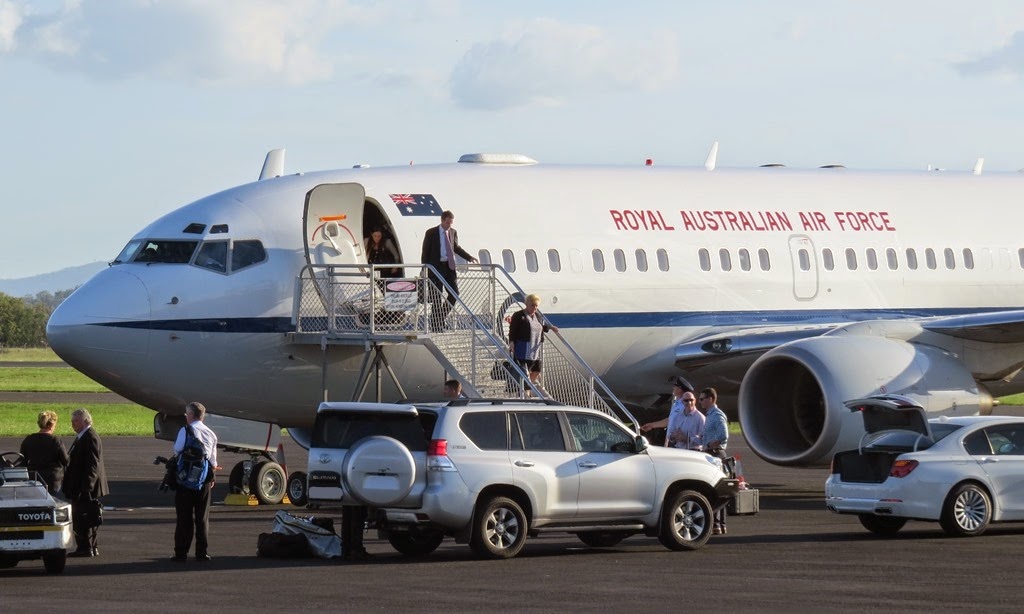 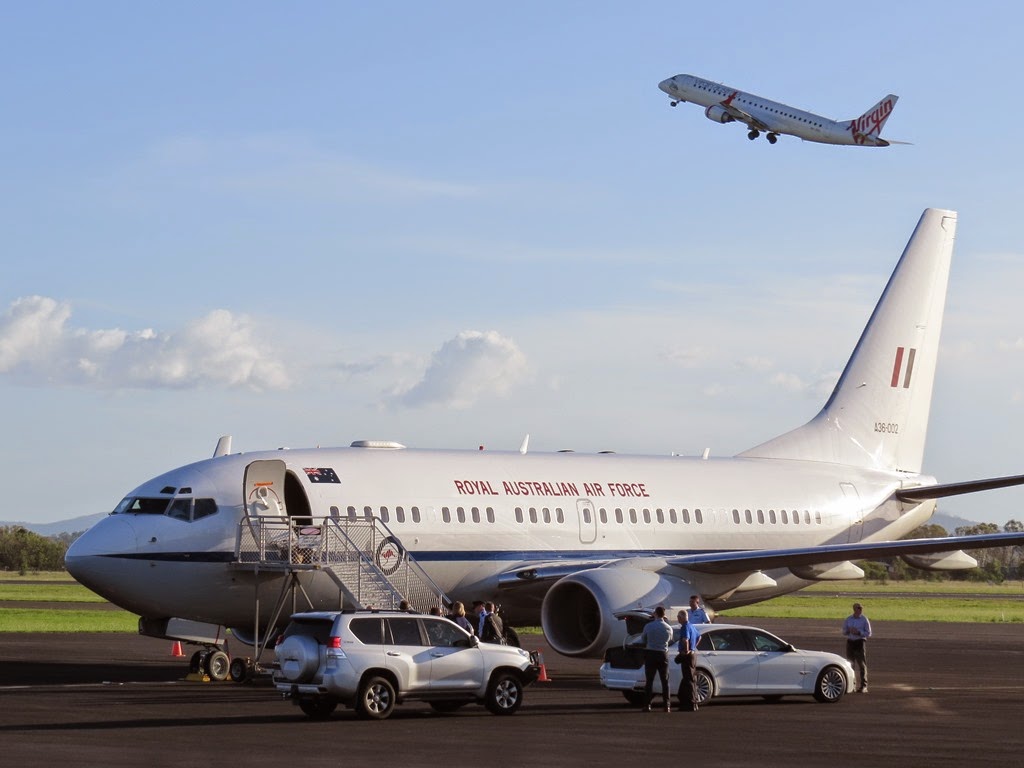 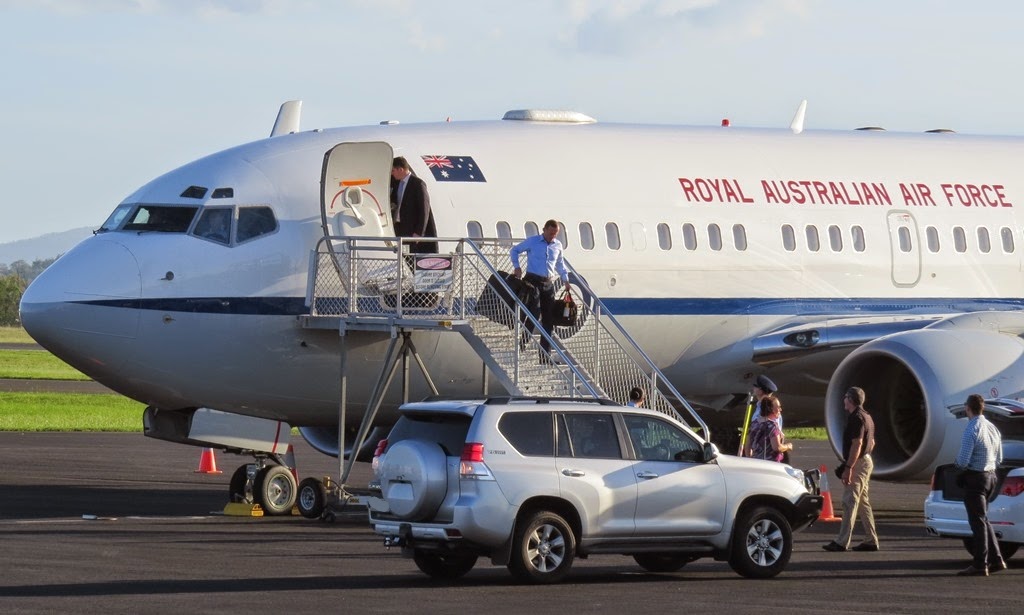 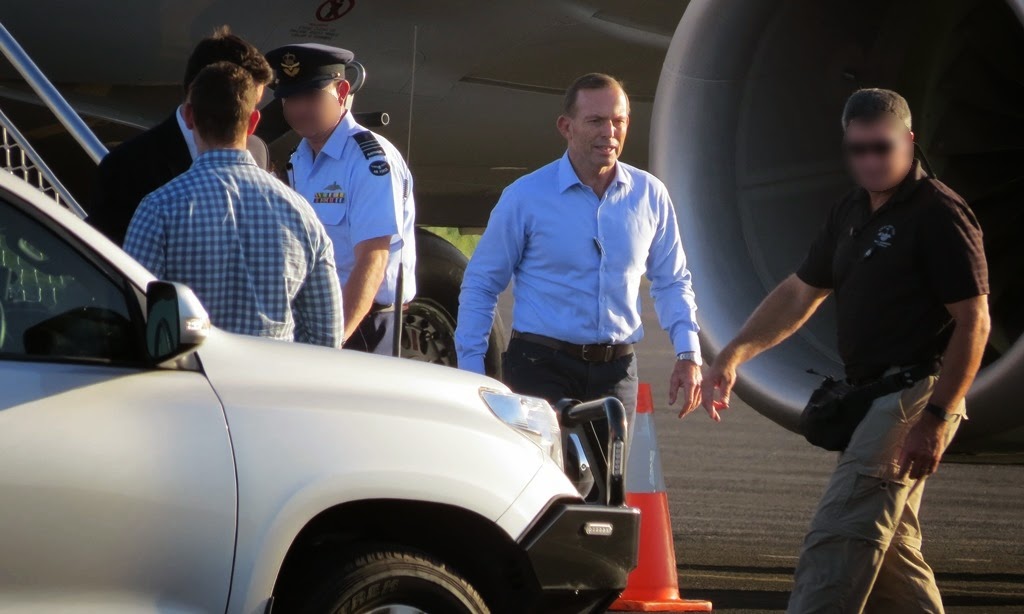 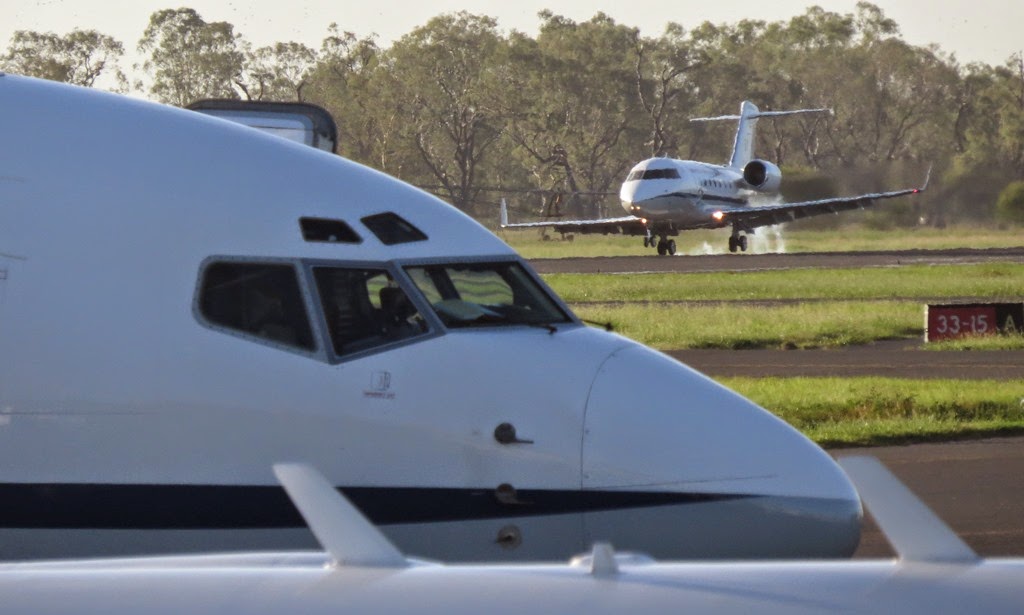 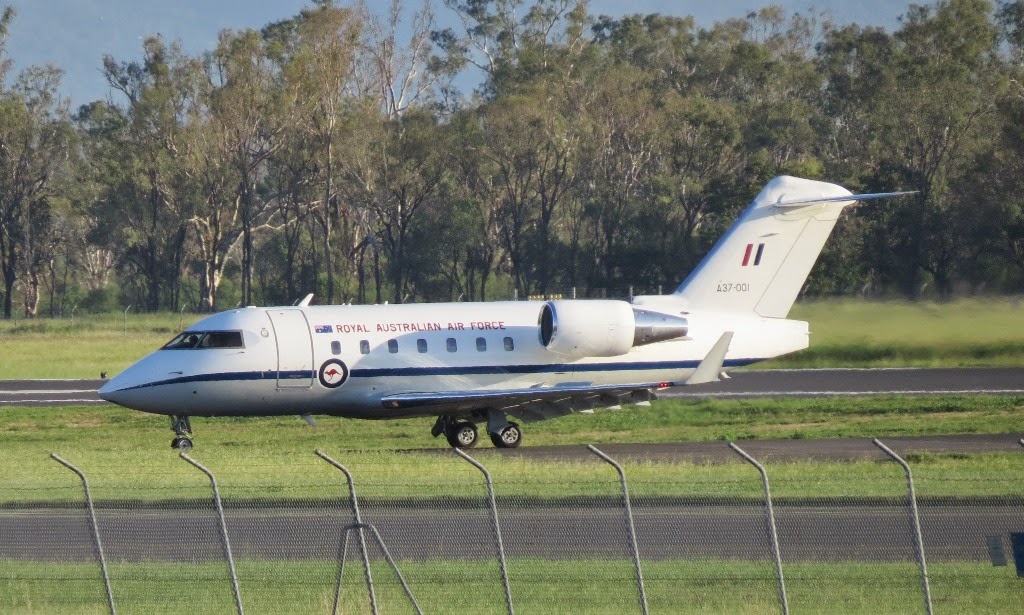 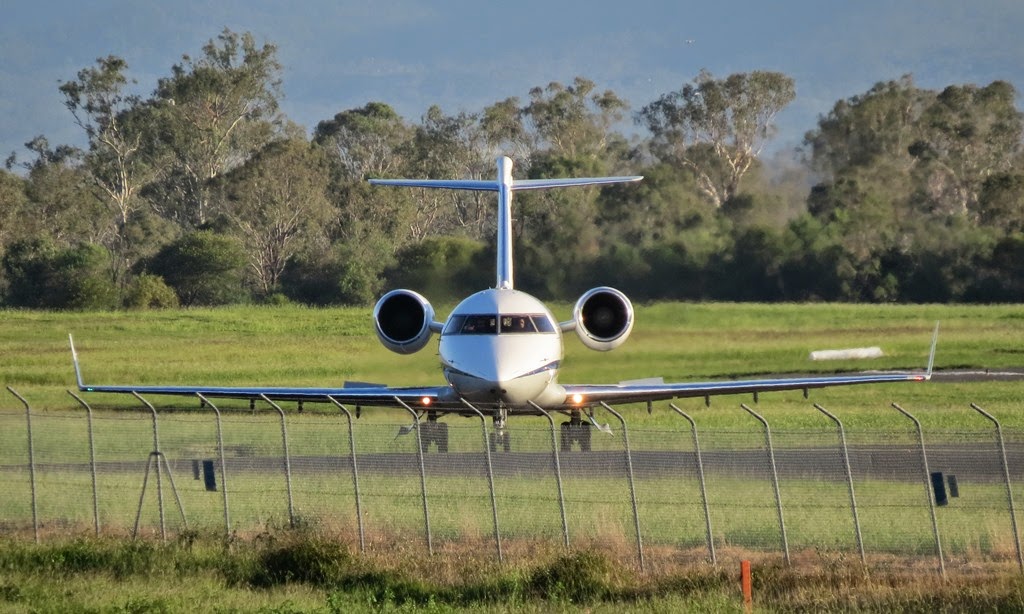 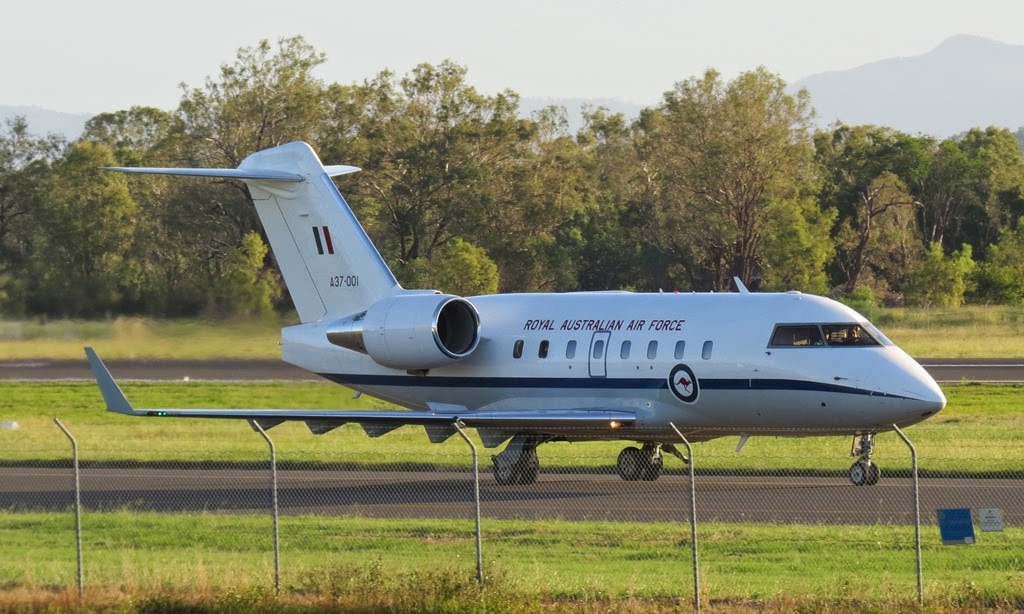 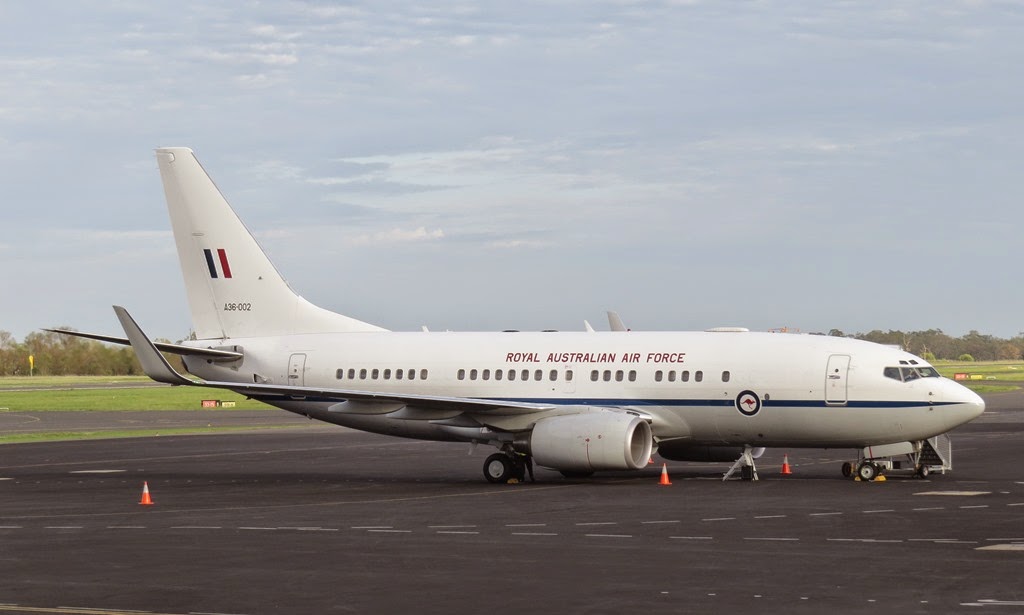 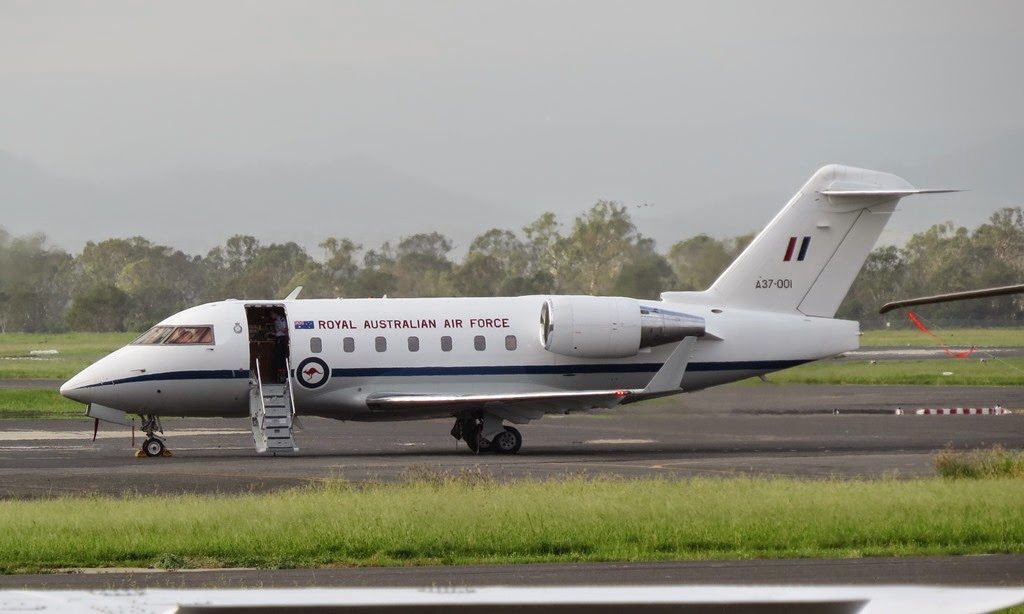 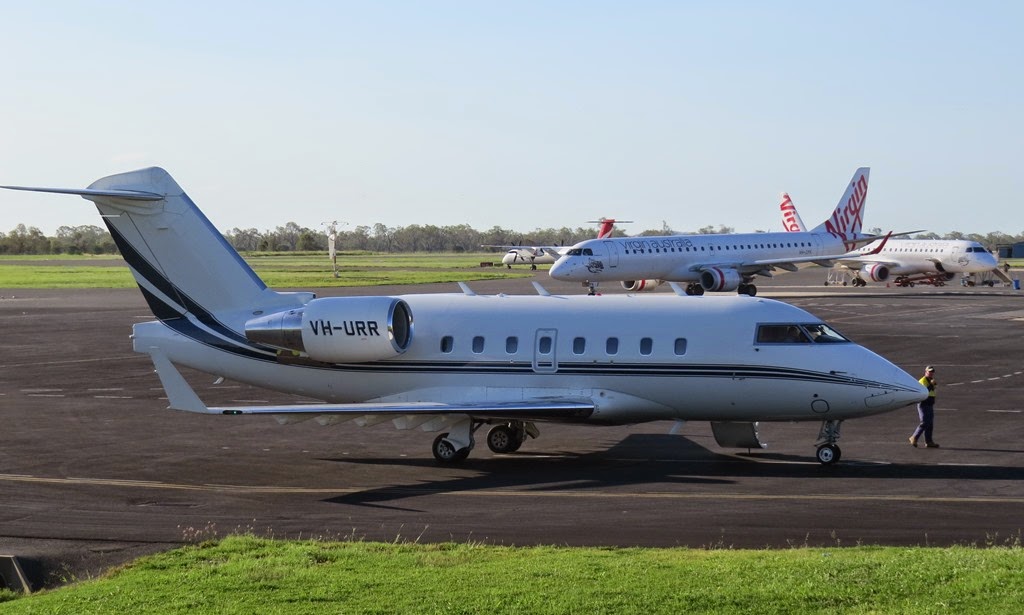 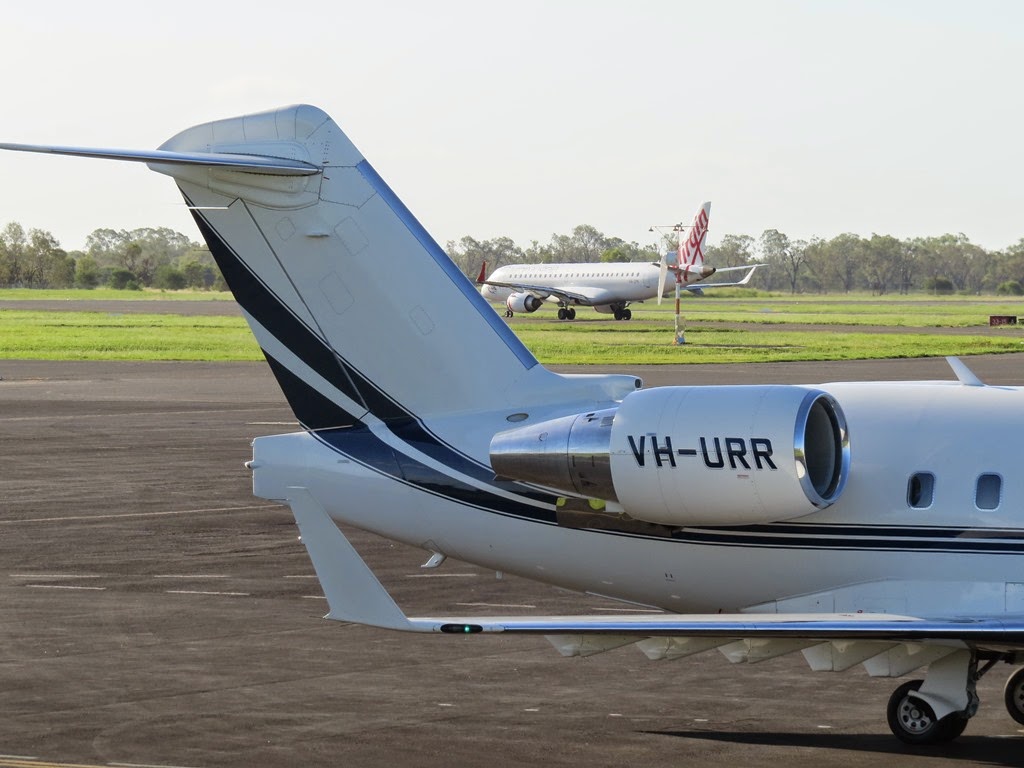 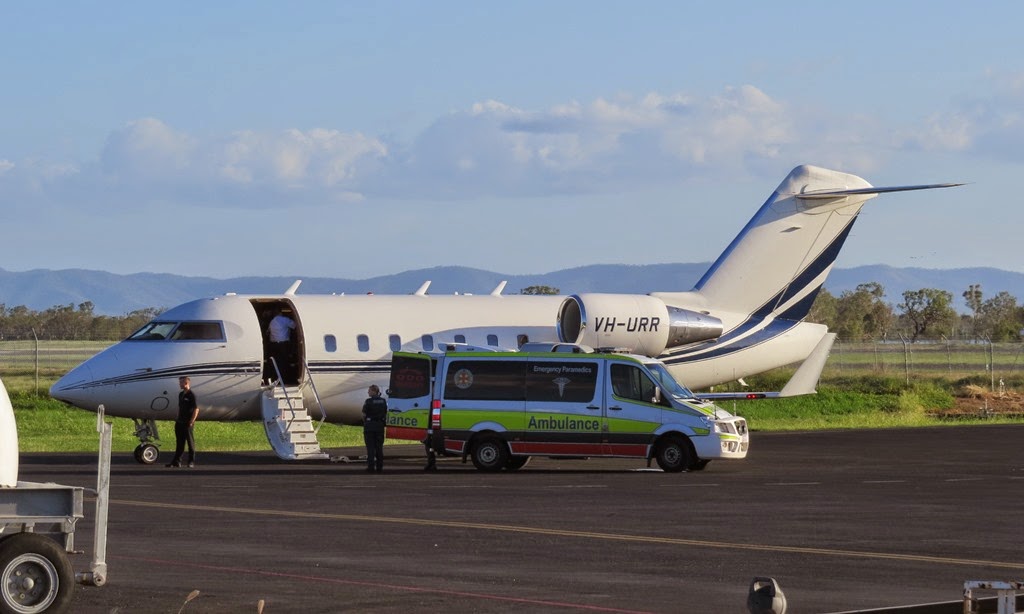 Finally, earlier on Thursday 26 February, Alliance Airlines Fokker F-70 VH-JFE called into Rockhampton on what looked like a charter flight from and back to Brisbane as UTY552/553.

Sincere thanks to 'IAD' for capturing and sending through these great photos of some great visitors!