Aside from the interesting Surveillance Australia (Customs) Dash-8 and RNZAF NH90 movements (see Blog posts below), local plane spotter Micah S also captured some photos of a couple of other interesting visitors at Bundaberg Airport including the locally-based Careflight Agusta A109E Power VH-ZCF departing as "Rescue 522" on a med-evac flight late last week. 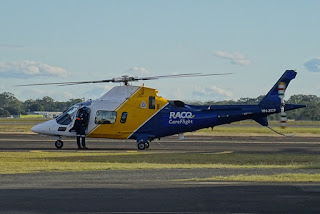 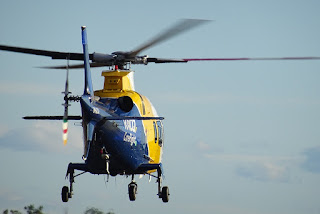 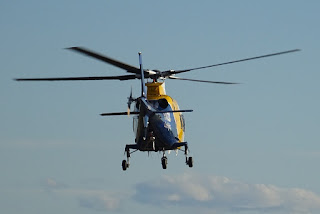 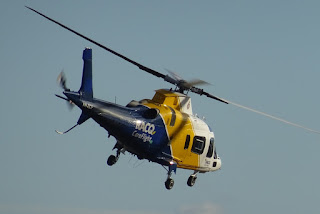 On Wednesday 24 June, Micah captured QantasLink Dash-8-Q300 VH-TQE as it visited on a scheduled service from and back to Brisbane as QLK2322/2329. 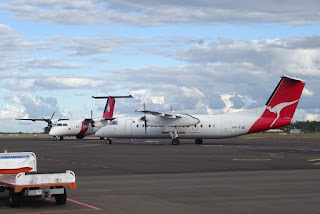 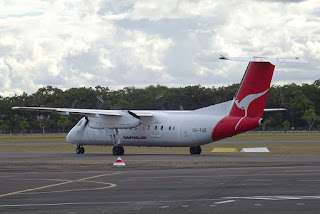 Also captured on Wednesday by Micah was Royal Flying Doctor Service (RFDS) Hawker Beechcraft B200 King Air VH-FDA arriving back at Bundy from Brisbane as "FlyDoc401". 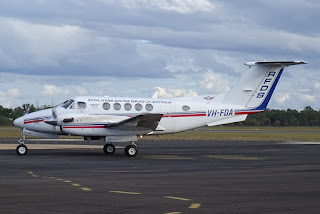 Also noted calling into Bundaberg on Wednesday 24 June was Gold Coast-based Beech 76 Duchess VH-AZX which seems to make regular (weekly) visits to the Rum City.  It returned to the Gold Coast on Friday 26 June.

While on Thursday 25 June, Micah captured QantasLink Dash-8-Q400 VH-QQX as it prepared for departure to Brisbane as QLK2327. 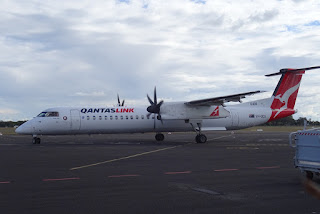 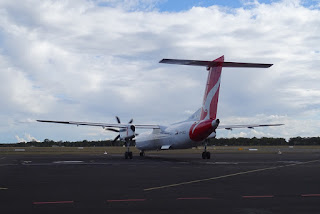 And RFDS Hawker Beechcraft B200 VH-FDM was also preparing for departure to Brisbane but as "FlyDoc 478". 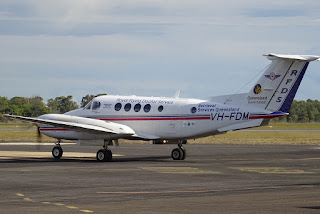 On Friday 26 June, two familiar aircraft called into Bundaberg Airport with the locally-based CromAir Cessna 414A VH-CBT operating a return flight to Gladstone, while the Queensland Police Service (Airwing) Raytheon B1900D VH-PSK called in from Townsville and departed to Brisbane while on a busy day of flying.

Sincere thanks again to Micah for his help in preparing these Blog posts this week - we are very fortunate to have him as one of our many contributors that make this Blog the great success that it is!  Thanks mate!