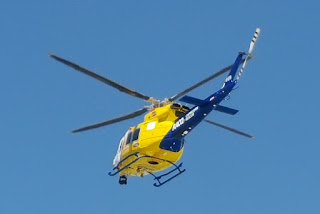 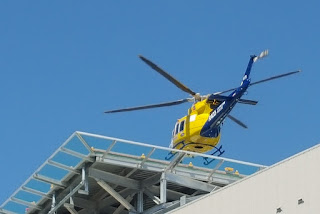 Construction of the helipad is complete, and the last safety checks are being completed before the CHRS can start bringing patients directly to the hospital.

Central Queensland Hospital and Health Board said the helicopter had been landing at Rockhampton Airport with patients loaded into an ambulance before being transported by road to the hospital.  The opening of the new helipad will cut out a handover and time delay (emergency staff communicating details with each trip transfer) because patients will be transferred directly from the helicopter.  The ability to be transferred directly from the helicopter to the operating theatre or resuscitation room in the Emergency Department may be life saving.

Meanwhile, it's nearly that time of the year again when the CHRS - along with the Mackay-based Central Queensland Rescue Helicopter Service (CQ Rescue) - participate in the very successful fund-raising campaign that is "Rescue Chopper Day". 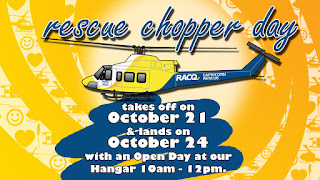 For the Capricorn Helicopter Rescue Service, 'Rescue Chopper Day' is an opportunity to involve the community in assisting the local rescue chopper through an annual day of fundraising in a fun environment.  Fundraising activities can be held from October 21-24 this year, with the culmination being an 'Open Day' at the CHRS Hangar at Rockhampton Airport on Canoona Road on Saturday 24 October.