What a day for corporate movements in and out of Hamilton Island Airport on Wednesday 30 September!

I'm told that these bizjets may have transported guests to Hamo for a wedding from another aircraft that called into Cairns on Tuesday 29 September and was unable to land on Hamilton Island due to parking restrictions.  The aircraft - Air China (Beijing Airlines) Boeing B737-79L (BBJ) B-3999 - was captured by the fantastic Far North Queensland Skies Blog touching down from the Chinese capital. 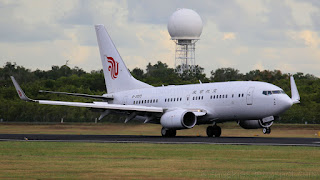 Of interest, these same parking restrictions on Hamilton Island saw VH-DHN position across to Proserpine / Whitsunday Coast Airport where it is still parked.

But the bizjet action was only just starting with Netjets International Bombardier BD-700-1A10 Global 6000 N142QS also called in from Cairns having touched down earlier from Honolulu.

N142QS was also unable to stay on Hamo and positioned across to Mackay Airport later on Wednesday 30 September.

Then if the day couldn't get better, the very smart looking TAG Aviation Asia Bombardier BD-700-1A10 Global 6000 VP-CZL also called into Hamo as 'TBJ67' this time from Townsville where it had earlier arrived from Hong Kong. 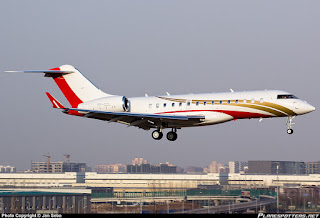 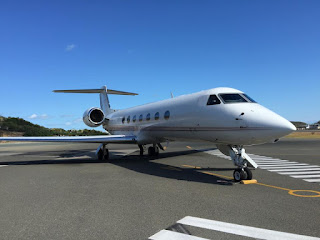 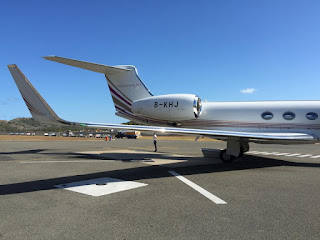 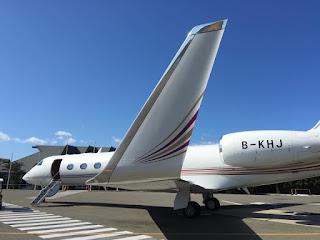 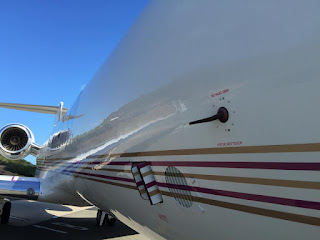 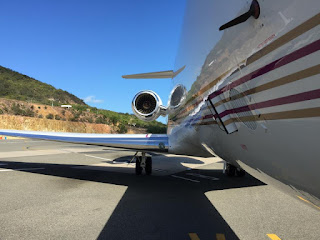 Again due to the parking restrictions, B-KHJ was forced to position across to Mackay Airport as well where it too remains parked.

But these movements weren't the only bizjets to arrive and depart Hamilton Island Airport on Wednesday 30 September with Shortstop Jet Charter British Aerospace BAe-125-1000B VH-LMP departing back to its Melbourne (Essendon) base.  It had arrived on Saturday 26 September. 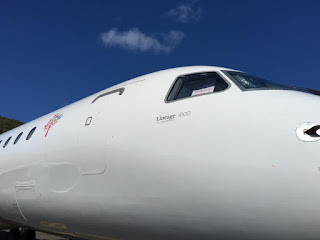 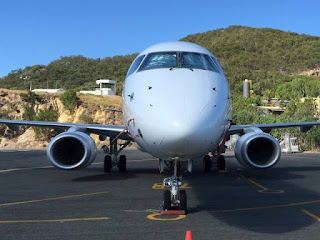 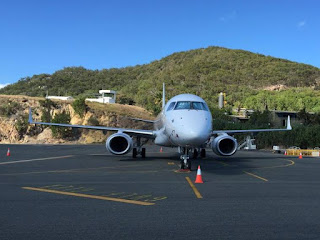 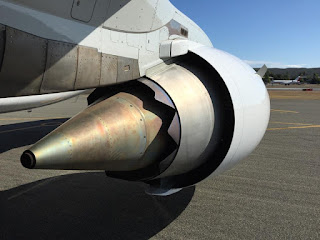 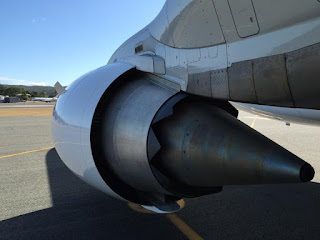 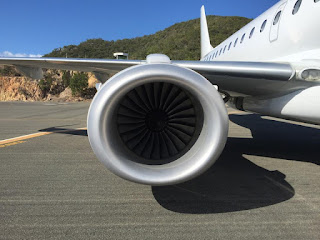 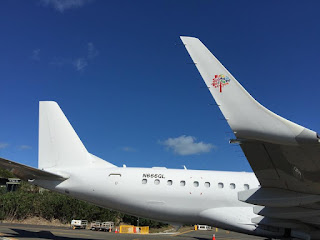 It is expected to stay until this weekend.

As this post is being written more bizjets are expected on Thursday 1 October with one exotic bizjet already scheduled being what looks to be another TAG Aviation Bombardier BD-700-1A10 Global 6000 VP-CEW arriving from Hong Kong and Townsville.

Finally, a couple of other notable visitors on Hamilton Island this week have included a pair of Alliance Airlines Fokker F-100 charter flights on Tuesday 29 September.  VH-XWS flew from and back to Cairns as UTY551/552 while VH-FKA flew in from Brisbane and Sydney as UTY571/572 before returning to Brisbane as UTY573.  And on Monday 28 September Corporate Aviation Bell 429 VH-EQP called in from its Southport base via Gladstone.