Even though Tropical Cyclone Debbie has long gone, the effects of the storm are still being felt in Central Queensland.  And no more so than in Rockhampton where the Fitzroy River was expected to peak at around 9 metres, inundating several low lying areas including parts of Rockhampton Airport which, as we've posted previously, was closed to commercial flights on Monday 3 April. 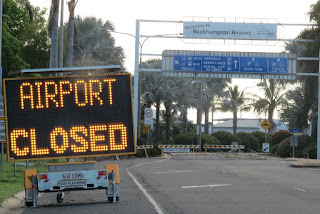 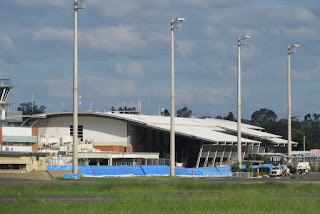 It should be noted though, that despite the Airport being closed, local Air Traffic Control (ATC) staff have remained 'on-duty' throughout the entire time with numerous helicopters and fixed wing aircraft not only still calling into Rockhampton Airport, but flying around the city on 'scenic flights. 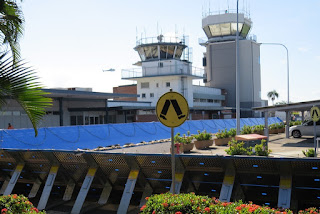 The Royal Australian Navy (RAN) NH Industries MRH-90 Multi-Role Helicopters that are presently based at Gladstone Airport are frequently seen and heard in the skies above Rockhampton on survey type flights.  They park often take on fuel in different locations including the Australian Army Defence Support Group (DSG) 'Camp Rocky', which is adjacent to Rockhampton Airport 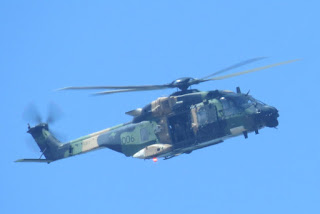 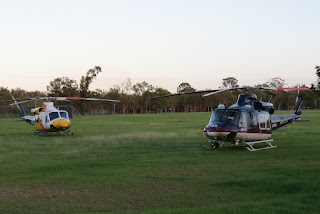 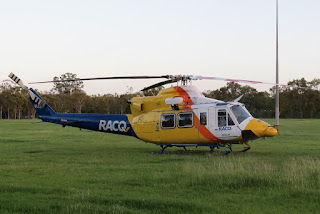 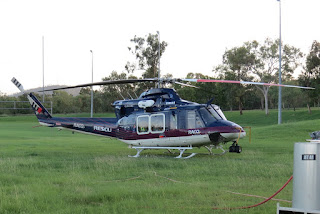 As shown in some photos captured by local plane spotter 'IAD' the CHRS choppers have not only continued their usual med-evac duties in the region, but are also ferrying patients from Rockhampton Base Hospital to Gladstone Hospital and Gladstone Airport where they are being ferried (usually) to Brisbane by the Royal Flying Doctor Service (RFDS) should they require further specialist treatment. 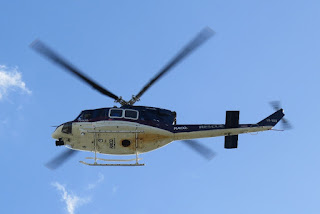 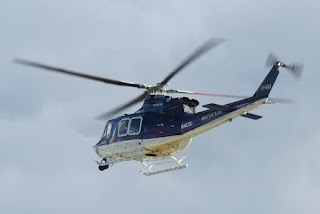 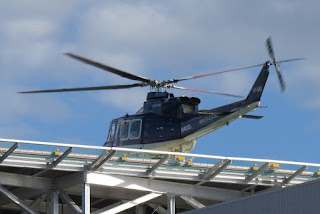 Also spotted based at the Historic Village has been McDermott Aviation / Heli-Lift Australia Aerospatiale SA365N1 Dauphin 2 helicopter N38MD 'Helitack 429', along with some of the fleet of choppers operated locally by Stirling Helicopters. 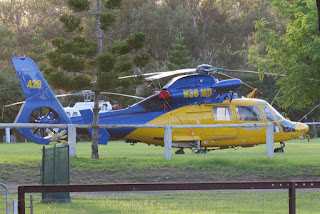 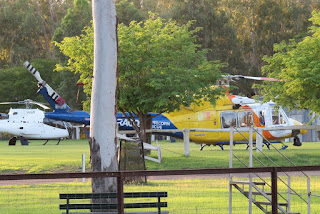 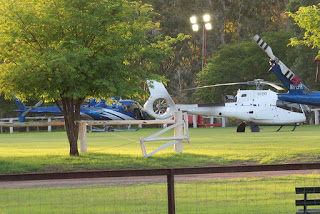 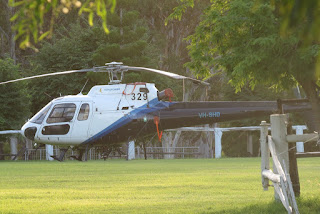 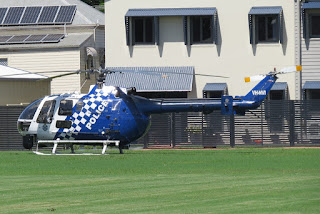 Again, a great job by all the operators in very trying circumstances around Rocky.  Your patience, persistence and professionalism is truly appreciated by the local community!