After dark on Saturday 22 June, United States Marine Corps (USMC) Lockheed KC-130J Hercules 169532 (Tail Code QD-9532) was spotted arriving into Rockhampton Airport.  It looked to arrive direct from Darwin and was heard to be using the radio callsign of "Sumo 89". 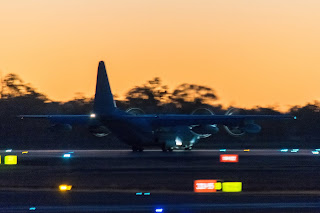 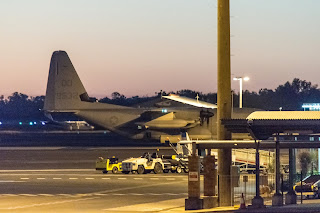 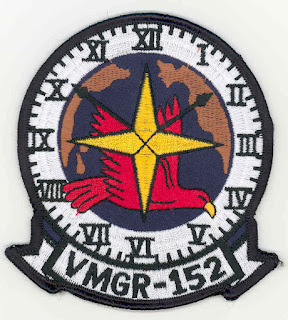 At the time of writing, the USMC Herc looks to be staying for at least the night at Rockhampton Airport.

Meanwhile, after arriving back into Rockhampton Airport late on Friday 21 June, Royal Australian Air Force (RAAF) Lockheed C-130J-30 Hercules A97-465 "Trojan 62" departed to Darwin early on Saturday 22 June.  Information suggested that it was due to return to Rocky later in the day, however at the time of writing, it appears that this flights has been cancelled.

Sincere thanks to local photographer Jason M of J.M Photography for allowing us to share his great photos!

All photos taken by Jason Miller  ©
Posted by Damian F at 8:21 PM