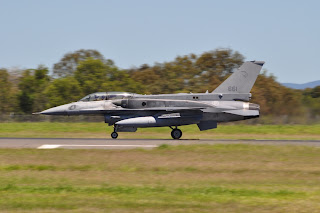 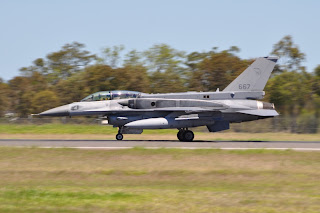 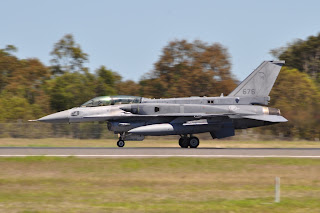 About 30 minutes later, "Lightning", consisting of '672' and '680' also took off for the Shoalwater Bay training area. 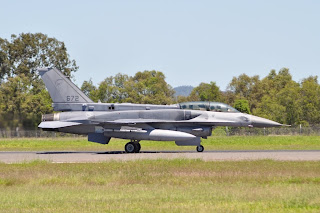 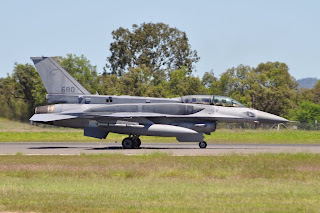 Meanwhile, on a slightly more sedate note, Alliance Airlines Fokker 100 VH-FKA was noted operating from and back to Brisbane on behalf of QantasLink. This occured only a few weeks ago when several of QantasLink's Dash-8-Q400 aircraft were grounded.
Posted by Damian F at 5:37 PM