Clermont Aerodrome shed its tag of a quiet little country airstrip last week with three bizjet visitors coinciding with the offical opening of the Clermont Coal Mine Project.

Tuesday 12 October saw Raytheon 390 Premier 1A VH-VHP being noted on climb out of the airport late in the afternoon.

Meanwhile, on Friday 15 October, two lovely bizjets in the form of Queensland Government Raytheon Hawker 850XP VH-SGY and Gold Coast based Cessna 680 Citation Sovereign VH-VPL, flew Government and other dignitaries to Clermont for the opening of the Clermont Coal Mine Project. It is also believed that Skytrans Dash-8-100 aircraft VH-QQE and VH-QQJ also made several flights from and back to Brisbane carrying guests for the mine opening. Some photos of the day are below. 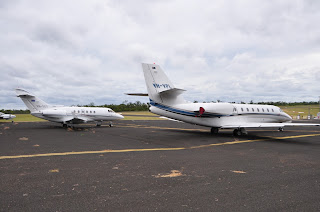 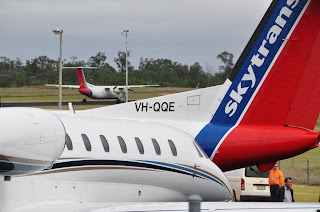