Alpha Aerodrome is "Ready" for an Upgrade

Interestingly, after yesterday's post on our blog, the CQ News has reported on Wednesday 23 March, that the Mayor of the Barcaldine Regional Council (BRC) believes they are one step closer to gaining the required $12 million to upgrade the Alpha Aerodrome. 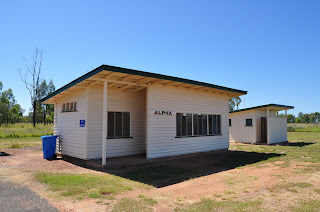 With four massive Galilee Basin coal mining projects looming on the horizon, an upgrade of the airport is at the top of the Council's agenda. The BRC Mayor, Councillor Rob Chandler, has been adamant in stating that Alpha’s existing Aerodrome should serve as a single hub to service all fly in, fly out passenger operations for the region.

The mega-mines are set to bring in thousands of new jobs in the area surrounding Alpha, and Cr Chandler believes having one suitable airport servicing all four projects was the best and only option.

The existing runway is currently 1450 metres long, and to make it capable of handling the type of aircraft commonly used in fly in, fly out operations, it will require an 850 metre extension and must be widened from 30 metres to 45 metres.
Posted by Damian F at 9:15 AM