Aviation enthusiast Dom has kindly sent through some fantastic images from inside the inaugural Virgin Australia service from Brisbane to Bundaberg on Saturday 4 May. 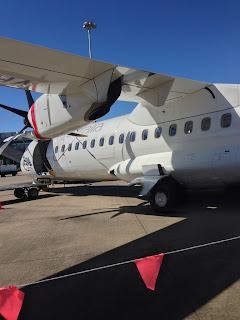 His photos include boarding ATR 72-600 VH-FVQ at Brisbane Airport, departing and flying over the Northern part of Brisbane, through to landing and taxiing to the gate on the ground at Bundaberg Airport. 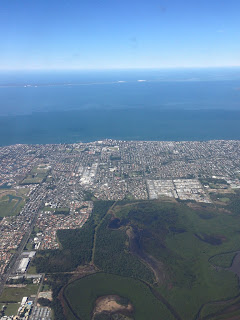 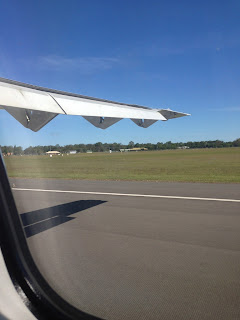 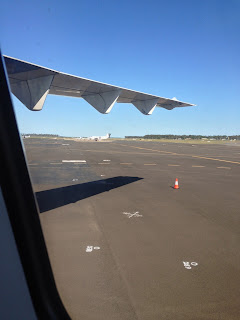 On the ground at Bundaberg, Dom was presented with a commemorative certificate and other items from the Bundaberg Regional Council to mark the historic first Virgin Australia VOZ1701 Brisbane to Bundaberg service. 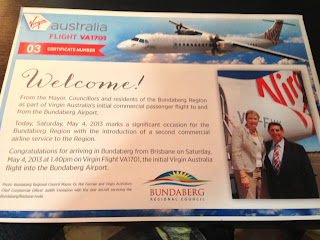 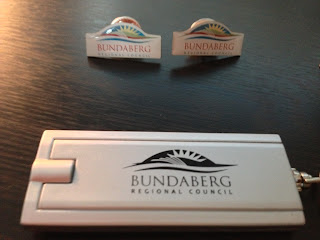 But that wasn't all for Dom, who quickly re-boarded the ATR and flew back to Brisbane, where he also received a commemorative certificate for being on the first VOZ1702 flight from Bundaberg to Brisbane. 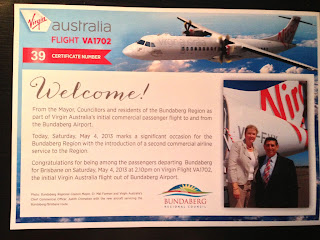 Back on the ground at Brisbane, Dom took a quick photo as VH-FVQ taxiied in and then he captured the scene at a busy Virgin Australia terminal at Brisbane Airport. 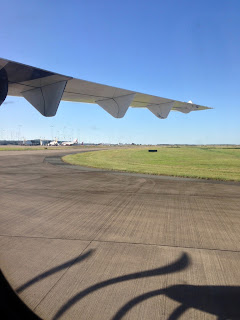 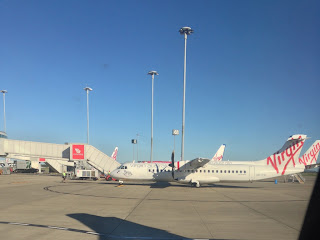 Sincere thanks to Dom for sending through these great photos of such a momentous day!