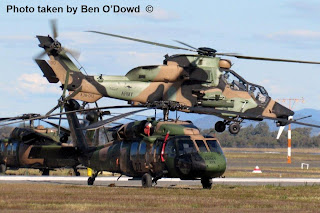 Local news reported that there was a mass amphibious landing in the Shoalwater Bay Training Area early on Tuesday 19 July, and to support this there were several Eurocopter EC665 (ARH) Tiger and Sikorsky S70A-9 Blackhawk helicopter sorties from Rockhampoton Airport to the training area. 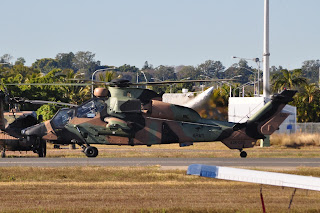 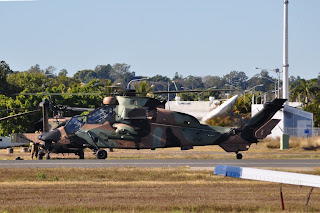 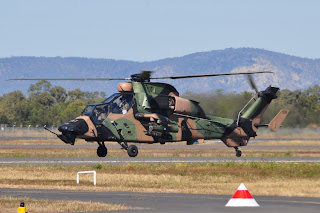 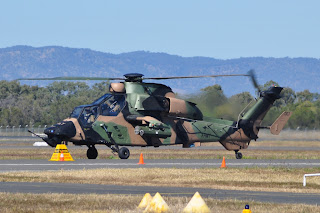 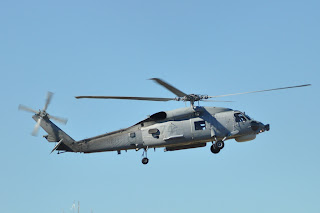 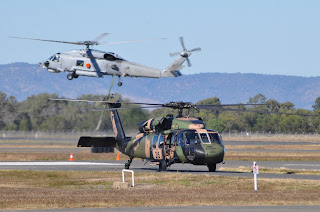 Later in the day, a flight of four Blackhawks was set to fly out at "Warhorse Blue" however on departure, one of the choppers, A25-215, was seen to be puffing out a lot of smoke from one engine. It immediately landed safely and was later photographed being towed to the temporary Australian Army helicopter maintenance area. 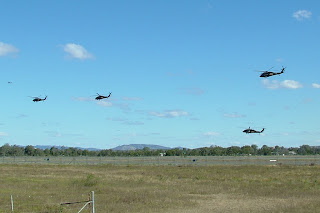 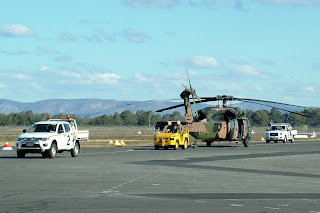 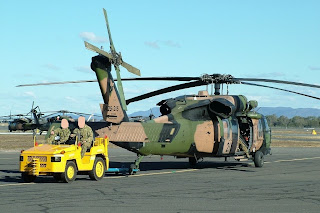 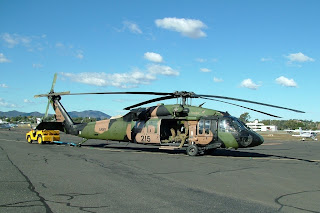 The other three Blackhawks departed as planned.

There were some interesting United States Navy (USN) helicopter movements as well on Tuesday 19 July. Arriving late in the morning, and parking at Rockhampton Airport for most of the day were USN Sikorsky SH-60F Oceanhawk 164446 of the HSL-51 VIP 7th Fleet, which is pictured arriving as "Blackbeard 02" , while USN Sikorsky SH-60B Seahawk 163240 of the HSL-51 Unit is pictured arriving as "Warlord 710". This Seahawk was also noted popping into the airport on two other occasions during the day. 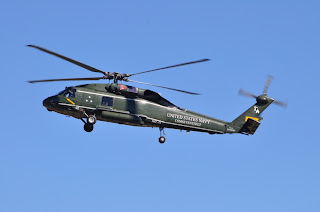 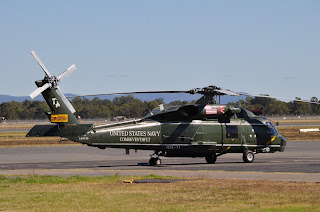 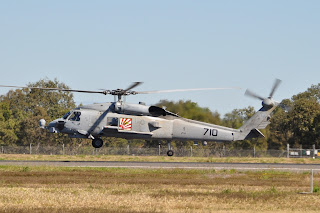 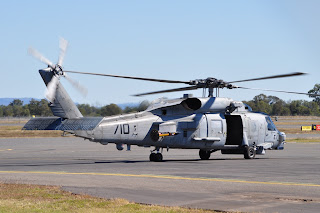 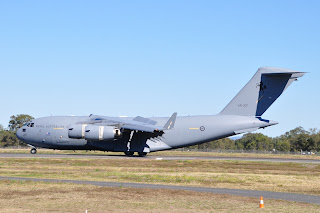 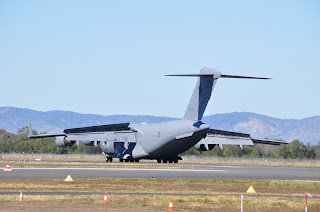 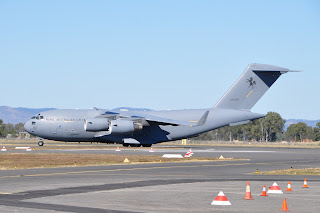 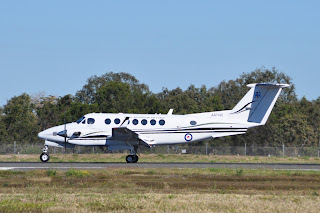 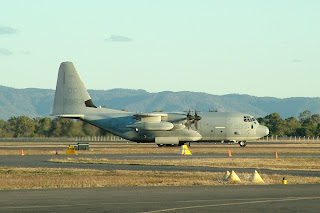