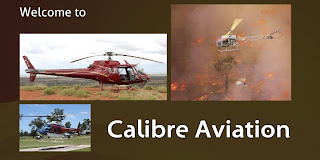 One recent highlight for Calibre Aviation was the brief visit of a giant Sikorsky S-61 V-1 heavy-lift helicopter. The chopper - based in New South Wales for aerial water-bombing during the bushfire season - was based at Calibre Aviation for only a few days while being contracted to lift several 1-tonne power units into a nearby mine site. The chopper - with registration N45917 - is operated by Siller Brothers Helicopters in the United States America and was built in 1965. We thank Calibre Aviation for supplying the following photos of the big chopper on its delivery flight and lifting one of the units into place. 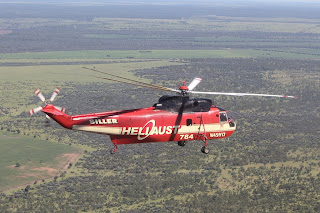 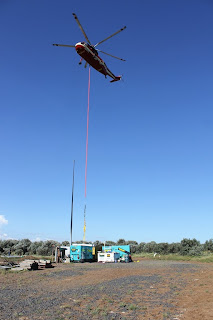 We also thank Calibre Aviation for inviting CQ Plane Spotting to their landing site and hangars on the Gregory Highway, South of Emerald. Most of Calibre's Helicopter fleet can be seen at this property, while their fixed wing aircraft are stored at the nearby Emerald Airport.

Some of the helicopters noted at the Calibre property and in their hangar are shown below: 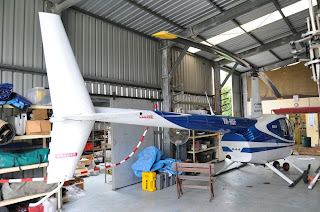 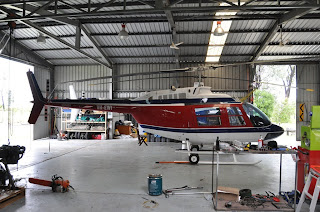 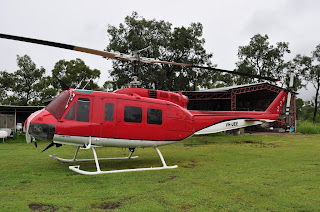 Aerospatiale AS.350B Squirrel VH-WEB - And of interest, VH-WEB (c/n 1743) was once a part of the Royal Australian Air Force (RAAF) as a part of the Aircraft Research and Development Unit (ARDU).  It wore the military serial number of A22-012. 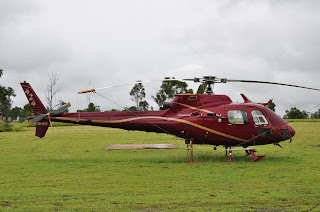 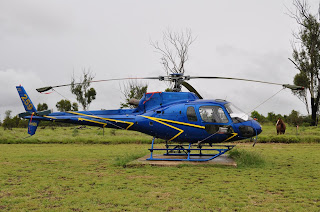 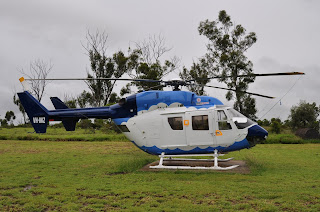 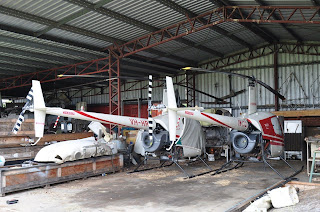 It was also interesting to note the vast collection of helicopter bodies and spare parts including booms and rotars as shown below. 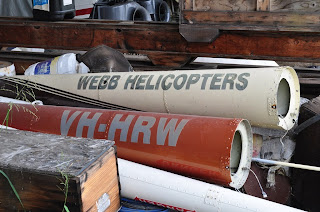 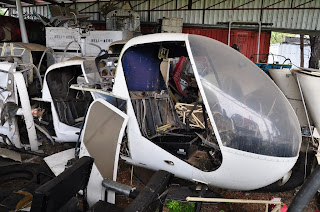 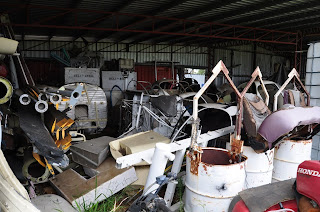 We thank Calibre Aviation very much for the opportunity to present some photos of their helicopters.