As mentioned in THIS previous post, World Airways McDonnell Douglas MD-11 N272WA was on the ground at Rockhampton Airport all day Monday 1 August. 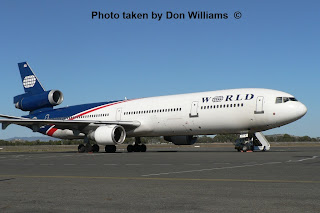 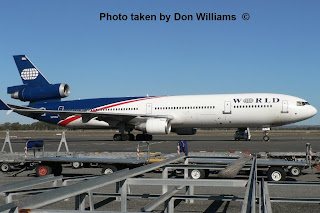 The MD-11 flew US personnel home from Military Exercise Talisman Sabre. Local spotters report that all ground equipment and aircraft have departed Rockhampton Airport. We thank Don W for sending through the following photos. 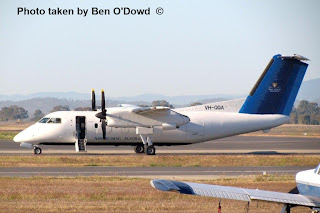 I believe Skytrans positions an aircraft out of Emerald during the week, as overnight parking at Emerald Airport is limited - see THIS blog post about Emerald Airports struggles with increased FIFO demand. 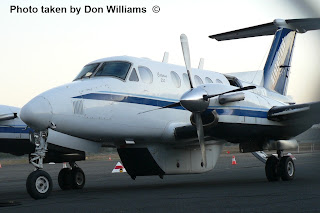 The King Air - complete with a cargo pod - operates out of Cairns on RPT and charter operations - and was noted heading out of Rockhampton to the North.

Lastly, the victim of the port-a-loo explosion at Rockhampton Airport two weeks ago (story HERE), Royal Australian Air Force (RAAF) Sergeant, Mick Dunn, remains in a stable condition at the Royal Brisbane and Women's Hospital. He suffered third-degree burns to 40% of his body.
Posted by Damian F at 8:14 PM