After being closed for around eight weeks, Clermont Aerodrome has reopened on Monday 22 August, with the first part of the multi-million dollar redevelopment complete. 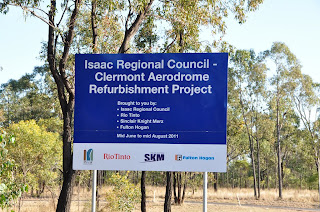 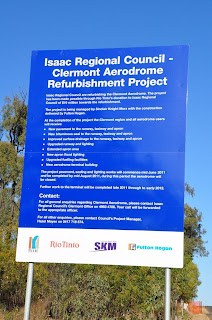 Skytrans Dash-8 fly-in fly-out charters from and to Brisbane have resumed, finally easing some of the FIFO burden on Emerald Airport. Dash-8-100 VH-QQH was noted arriving at Clermont Aerodrome early Monday. 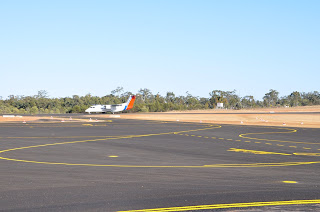 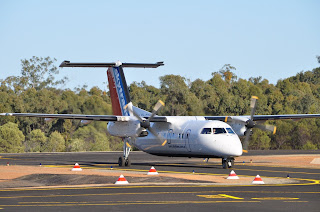 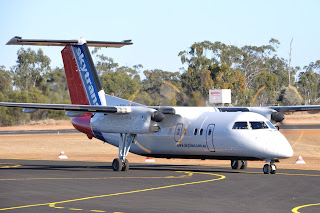 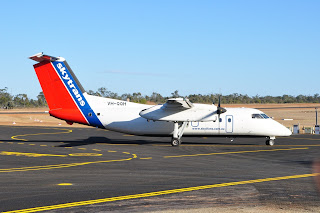 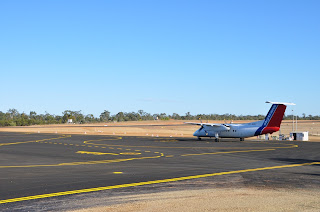 As shown in the photos above, the apron, taxiway, and runway works are complete.

A new terminal building is soon to be built, along with improved re-fueling facilities.

Later on Monday 20 August, two brightly-coloured Robinson R-44 helicopters were noted flying over Clermont, and landed at, of all places, the local Caravan Park. Pictured below are VH-TBX and VH-TBW, which are both owned and operated by Stocklick Trading of Mount Garnet. 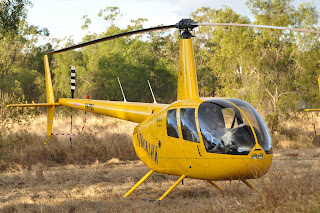 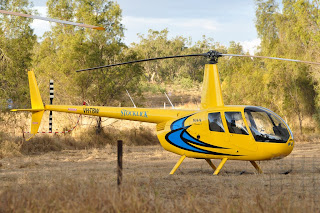