A real beauty in the form of MKAir7X Dassault Falcon 7X bizjet M-GMKM touched down at Hamilton Island Airport on Friday 29 July.  It arrived from Sydney after flying there from its Mildura base on Thursday 28 July. 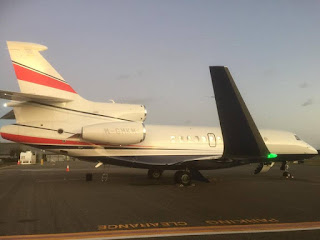 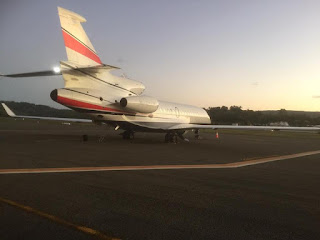 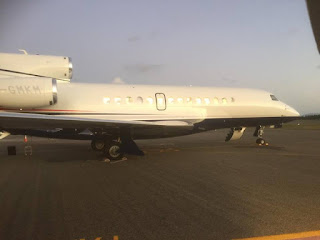 After spending most of the day parked at Hamo, M-GMKM departed back to Sydney. 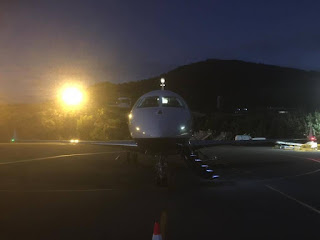 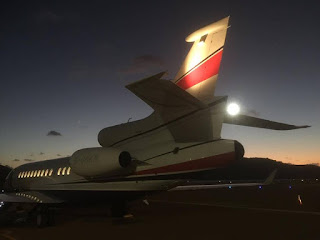 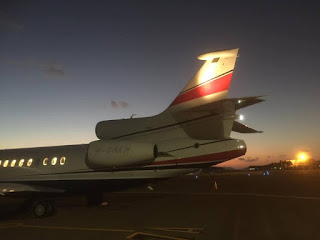 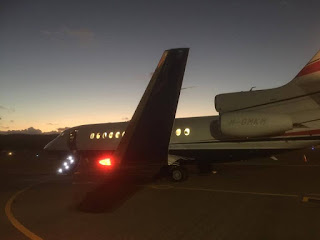 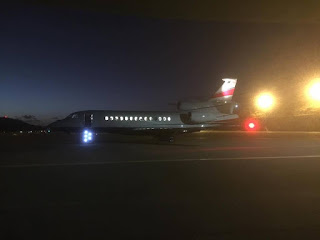 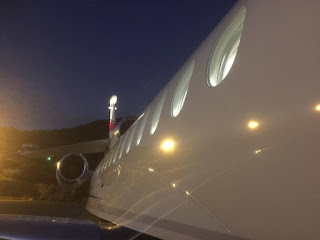 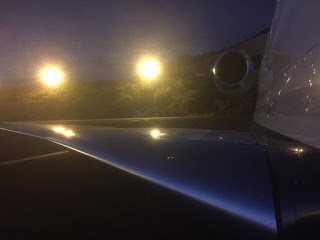 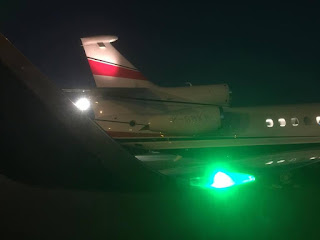 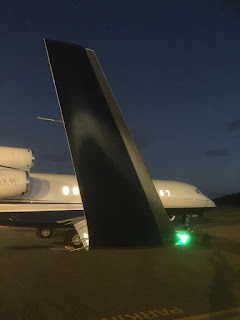 The local plane spotters even captured a quick video as the nice bizjet departed in the early evening darkness.


Of interest, I believe that M-GMKM was on the Australian aircraft register until 2014 as VH-MQK.

Meanwhile, also returning to Hamilton Island this week was Shortstop Jet Charter British Aerospace BAe-125-1000B bizjet VH-LMP.  It arrived on Hamo from its Melbourne (Essendon) base on Tuesday 26 July and departed back to there on Friday 29 July.

Thanks to the Hamo spotters for taking the time to capture and send through these great photos!