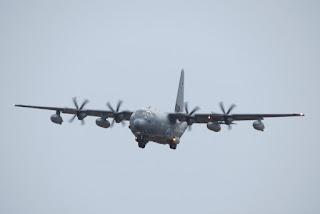 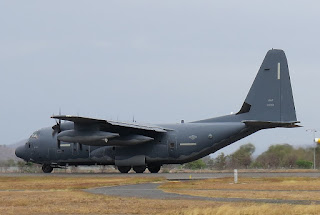 The MC-130J looked to fly down from Townsville via airwork at Mackay Airport before it completed a touch-and-go onto Runway 15 at Rockhampton Airport.  It then departed to Williamson Airfield within the Shoalwater Bay Training Area (SWBTA) before returning to Townsville. 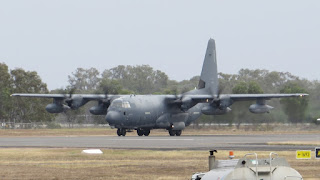 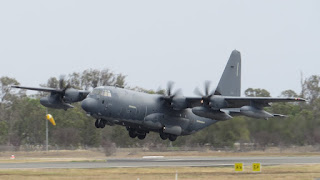 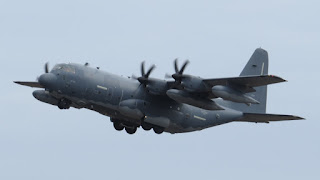 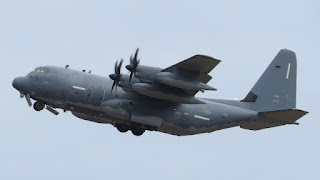 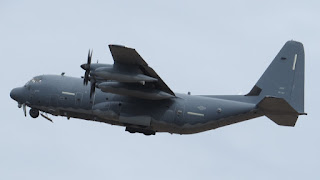 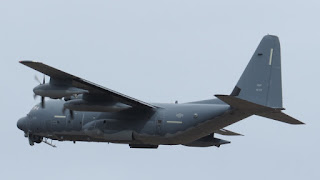 Of interest, two USAF MC-130J aircraft have been deployed to Townsville in the lead up to joint Military Exercise Talisman Sabre 2019 (TS19) kicking off next week.  The other MC-130J has been identified as 13-5775 and is a familiar airframe having spent time at Rockhampton Airport during Ex Talisman Saber 2017 (TS17). 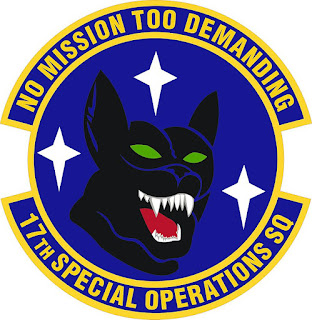 Sincere thanks to local plane spotters 'IAD' and Kayanne H for taking the time to capture and send through these great photos!

Photos taken by 'IAD' and Kayanne Hardsman  ©
Posted by Damian F at 9:34 PM