Another day, another couple of nice corporate bizjets to be photographed and noted visiting Hamilton Island and Mackay Airports. 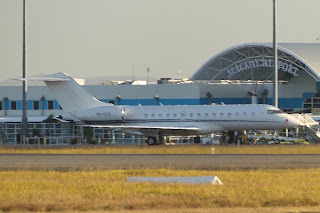 On Friday 4 October, Crown Melbourne (Crown Hotels) Bombardier BD-700-1A10 Global Express XRS bizjet VH-CCX was noted arriving into Hamilton Island Airport from Melbourne (Essendon).  It then flew down to Mackay Airport where it was photographed parked up and appearing to be staying for at least the night. 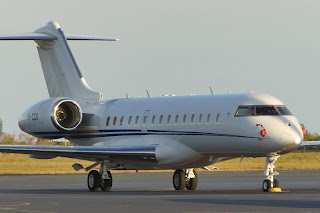 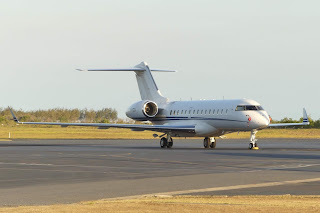 As does Corporate Aviation Bell 429 Global Ranger helicopter VH-EQP which arrived into Hamo from its Southport base via Gladstone Airport last Saturday 28 September.

Finally, over at Proserpine (Whitsunday Coast) Airport, Darwin-based Lloyd Aviation Jet Charter Dassault Falcon 900 bizjet VH-PPD remains parked.  As mentioned below, on Thursday 3 October, it arrived into Prosie from Hamilton Island Airport, after it had earlier arrived from Melbourne (Essendon). 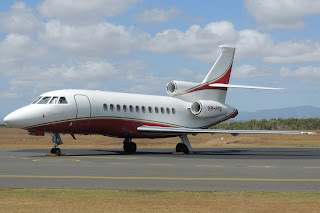 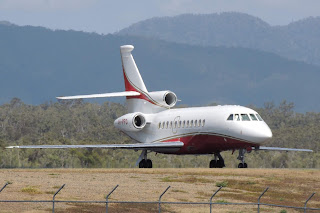 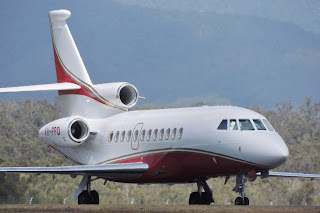 At the time of writing, it appears that on Saturday 5 October, VH-PPD will return to Hamilton Island Airport before heading back to Essendon.

Sincere thanks to local plane spotters 'JM' and James K for taking the time to capture and send through these great photos!