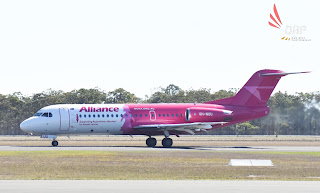 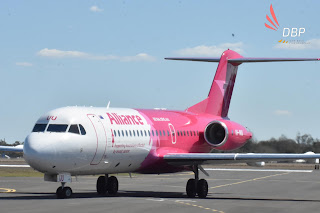 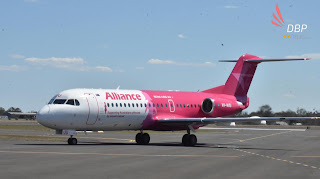 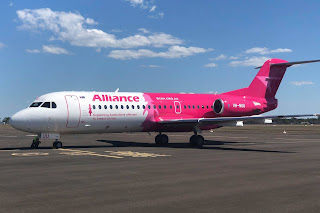 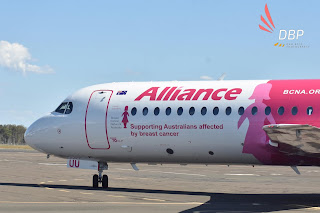 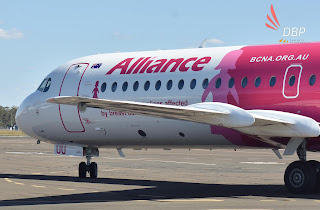 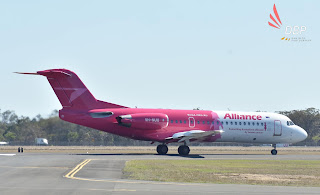 Local plane spotter Dan B of Dan Beck Photography was on hand at Bundaberg Airport as the Fokker arrived from Brisbane as VOZ2973.  It later returned to the capital as VOZ2972.

As can be seen and as mentioned previously, Alliance Airlines is continuing its partnership with Breast Cancer Network Australia (BCNA) by operating this specially themed Fokker F-70 VH-NUU in full BCNA colours - supporting Australians affected by breast cancer.  The distinctively coloured F-70 named 'Pink Lady' has been designed by Lila Design in Tilburg, The Netherlands (EU).