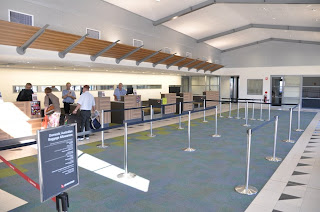 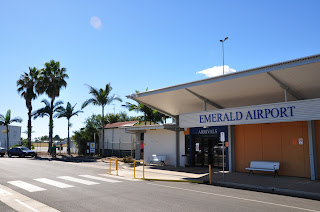 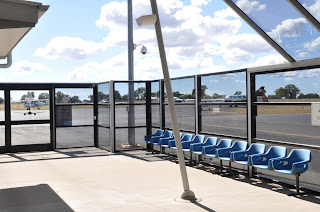 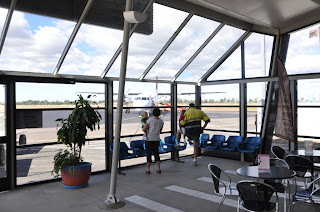 Regular QantasLink RPT services fly in and out of Emerald with 27 services per week. Virgin Blue have been long rumoured to be starting flights in and out of Emerald, but the lack of baggage and passenger screening, as well as a runway that is too narrow, are currently preventing scheduled services from starting.
Posted by Damian F at 8:35 PM