A nice pair of American-registered aircraft were both spotted visiting Hamilton Island Airport on Thursday 5 May, possibly carrying American and Australia superstar actors! 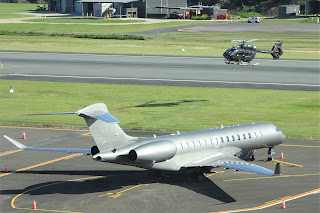 Privately-owned Bombardier BD-700-2A12 Global 7500 bizjet N444WT was the major visitor.  It looked to fly down from Townsville to Hamo before then departing to the Gold Coast. 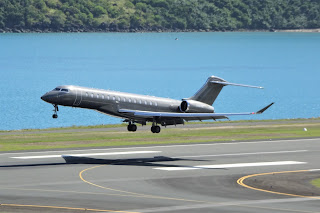 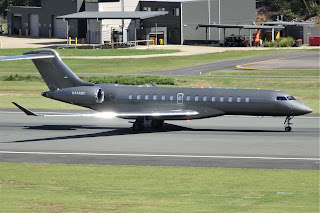 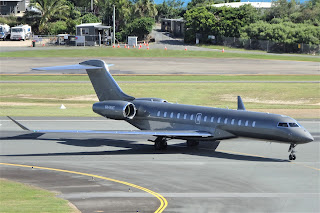 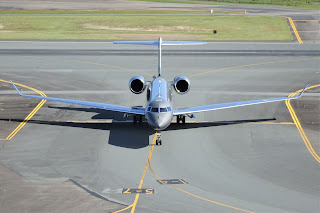 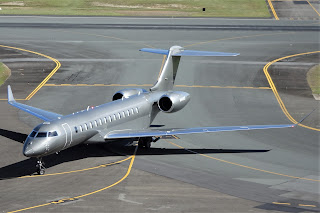 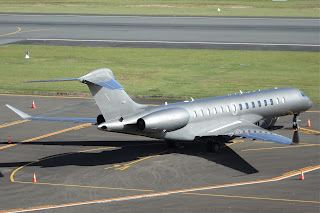 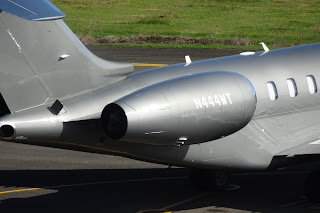 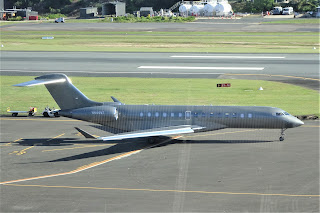 UPDATE!  On Friday 6 May, N444WT returned back at Hamilton Island Airport.  It arrived from the Gold Coast and departed back to Townsville.
Some well known plane spotting websites suggest that Hollywood actor Matt Damon utilises this Global 7500 bizjet for his travel around the world.  Reports suggest he has been joined by Australia's Hemsworth Brothers on these trips.
Meanwhile, also spotted at Hamilton Island Airport, also on Thursday 5 May, was fellow Privately-owned Airbus Helicopters MBB-BK 117 D-2 (H145) Helicopter N163WT. 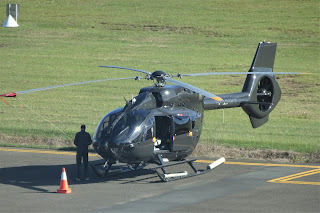 The H145 chopper was noted departing Bowen Aerodrome on Wednesday 4 May, heading South towards Hamilton Island.  However, it is believed that the chopper is landing and staying on a luxury super-yacht (boat) which is in the area - and moreover, is a place to stay for the Hollywood actors mentioned above!
UPDATE!  On Friday 6 May, N163WT departed Hamilton Island Airport and called into Rockhampton Airport for fuel before it then continued South.  It appears to have possibly continued down to the Sunshine Coast.
All photos taken by 'AC'  ©
Posted by Damian F at 9:31 PM