Airlines have begun suspending flights in and out of airports in North and Central Queensland, as severe tropical cyclone Yasi bears down on the North Queensland Coast. This comes after both Virgin Blue and Jetstar operated several additional flights to and from Hamilton Island and Proserpine Airports on Tuesday 1 February, to evacuate holiday makers ahead of the storm's planned crossing of the coast early Thursday morning. 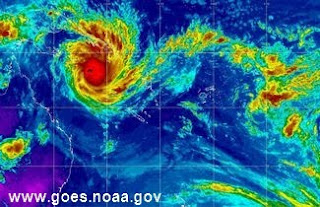 The cyclone is expected to cross the coast near Cairns early Thursday packing winds of over 200km/h.

It's unclear about what the smaller operators in the region are planning to do with their aircraft, however Adam P caught a couple of interesting arrivals into Mackay Airport late on Tuesday 1 February. Pictured below are Marcplan Charter's Gulfstream G-IV VH-MBP and Sydney Skydivers PAC 750XL VH-XLC which has been operating in Cairns. The Cresco is also pictured with Pel-Air's Saab 340B Freighter VH-KDK taxiing for departure to Rockhampton. 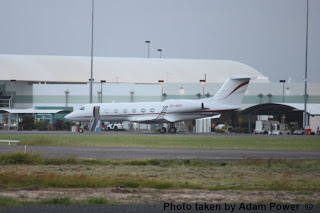 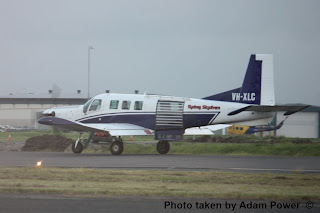 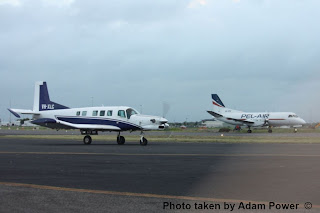