On Tuesday 8 February, Advance Aviation flew a recently acquired Piper PA-31 VH-FIA into Clermont Aerodrome on FIFO duties. The all-white Navajo Chieftan is pictured below preparing for departure to Mackay. 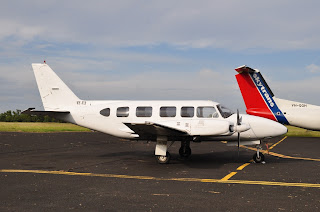 Meanwhile, back on Wednesday 2 February, Aerospatiale AS.355F2 VH-NTV of the Australian Broadcasting Corporation (ABC Television), spent the night parked at Clermont Aerodrome before heading North the next day to assist in the reporting of the aftermath of Cyclone Yasi. 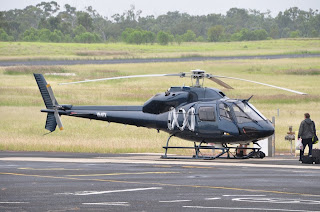