I popped into the Whitsunday Coast Airport at Proserpine on Friday 22 April, and received a pleasant surprise when Jetstar's Airbus A320 VH-VGP flew in as JQ830 from Brisbane. 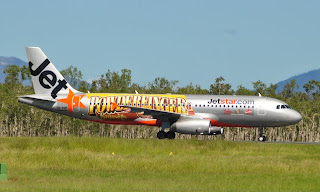 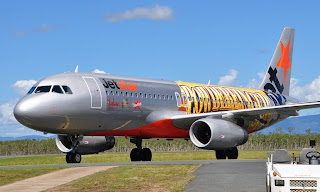 This aircraft (as shown above) wears a special livery promoting the band 'Powderfinger' and their recent 'Sunsets' farewell tour of Australia.

Meanwhile, the airport's upgrade is continuing, despite delays caused by the terrible weather that Central and North Queensland has experienced this year. 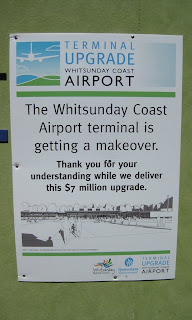 The construction commenced late last year, and sees a $7 million upgrade of the existing terminal and facilities at the Airport. The upgrade and refurbishment of the Whitsunday Coast Airport Terminal is a joint project between the State Government and the Whitsunday Regional Council.

At this stage, the outside area near the Virgin Blue section of the terminal is now completely blocked off, with major building work still expected to be completed sometime during 2011. 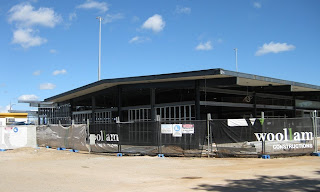 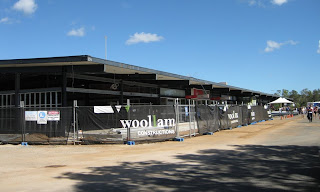 The parking at the airport is still very limited and as you can see, cars are still forced parked on the grass verges. 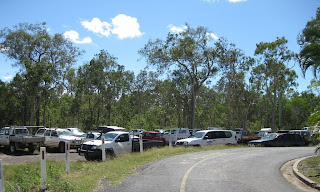 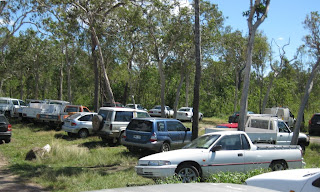