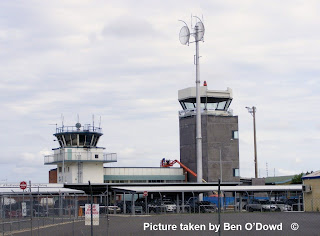 Last weekend, two cranes had gently lowered the control cabin onto the top of Rockhampton Airport’s $6 million construction project. It was the first time anywhere in Australia that such a lift had been attempted. An earlier attempt had been abandoned when it became too windy to continue. 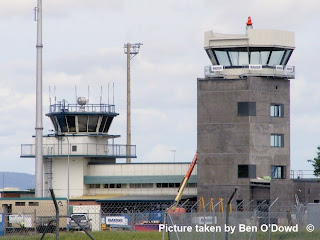 The 32 tonne structure was lifted 23 metres and manoeuvred into place with less than 10mm margin for error. 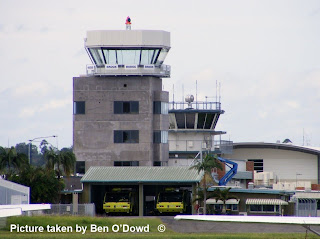 With building work at the tower complete, Air Services Australia will spend the next three months installing state-of-the-art digital technology that will make Rockhampton the most advanced air traffic control centre in the country.

This "new generation of control towers" will provide air traffic controllers with touch screen systems, and will be able to handle an increased number of incoming and outgoing flights.

Meanwhile, Rockhampton Airport’s main runway 15/33 is now back to full operational capacity after it was closed due to damage caused by the flood crisis earlier in the year.

Since the airport re-opened for business on at the end of January, approximately 900metres of the northern end of the main runway has been out of action.
Posted by Damian F at 2:10 PM