After taking a recent flight through we found that the $3.5 million terminal refurbishment at Mackay Airport is looking good and is nearly complete! 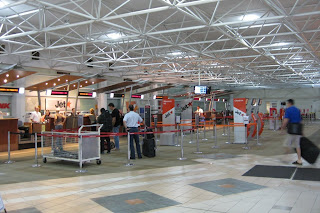 The relocation of the passenger and visitor Security Screening Point was a major milestone, with it now front and centre of the terminal. Mackay Airport management has encouraged all airport visitors to "come and access the exciting newly refurbished area beyond". 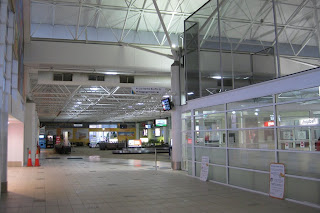 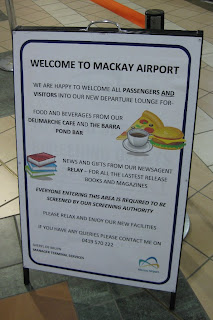 And speaking of this area, the new central concourse has become part of a much larger departure lounge that features new food and beverage outlets, a bar, and a newsagency. Some pictures below... 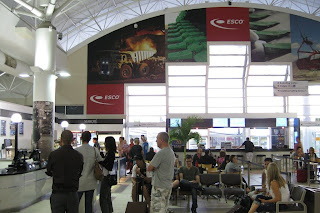 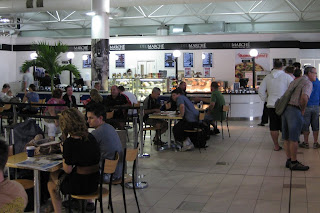 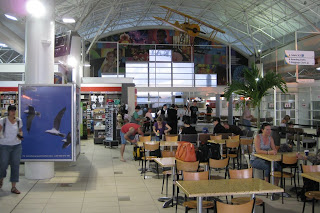 The popular outdoor observation area is still under contruction and when it is finished, it will not only continue to provide an opportunity to wave off family members, but will also provide a licensed shady outdoor eating area. 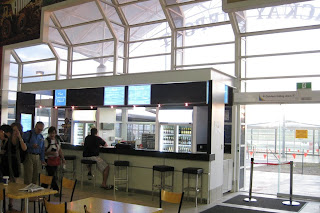 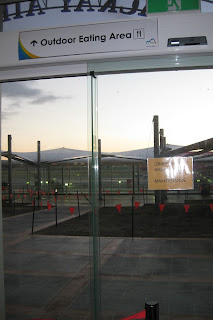 Frequent visitors to the airport will also find it hard to miss the repainted model biplane on display in the terminal. The bold, colourful, wooden plane that hangs from the terminal ceiling is quite a sight, and has received a new look with a coat of bright air force training yellow paint 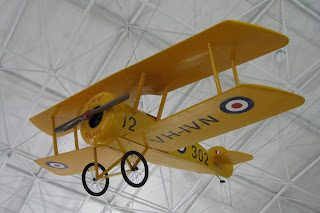 A Mackay Airport spokesperson said the model biplane, which graced the ceiling in the terminal, was a familiar sight to many airport visitors and its new coat of paint made it even more striking. "We talked with the Mackay Tiger Moth Museum and their crew were very happy to refresh the model with a coat or two of bright air force training yellow paint, the same also seen on the life-size Tiger Moth biplane, known as the City of Mackay, which is a familiar sight in the skies of Mackay."

The model actually originated from the Brisbane Expo back in 1988 and has been part of the airport ever since. Along with the community-owned Tiger Moth, they are both part of Mackay's history.

When the terminal refurbishment is finished, travellers will also be able to enjoy a larger waiting area. As shown, the gate area is still being worked on, with the popular upstairs waiting closed for the time being whilst the refurbishment takes place. Eventually, there will be a total of 700 seats in the departure lounge. 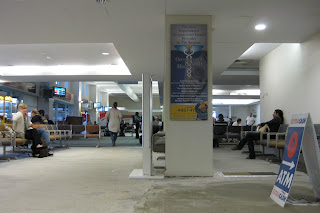 Lastly, arriving passengers - who still have to pass through the new terminal area - will find a new car rental facility in the terminal. The rental car desks have been expanded and modernised. The baggage collection area is unchanged. 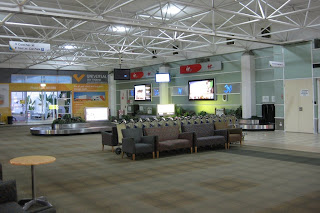 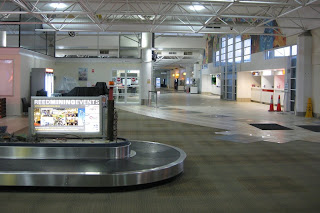 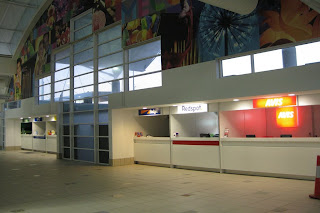